YAOUNDÉ, Cameroon — On the second floor of an infectious-disease research facility in this African capital, Dr. Joseph Kamgno, the country’s leading expert on parasitic roundworms, stood at his desk staring down at the black hard-shelled case that had just arrived from a bioengineering lab at the University of California-Berkeley.

The case contained what appeared to be three ordinary iPhones. But the California researchers believed these phones could do something extraordinary — help quell river blindness, the second-leading cause of preventable blindness in the world.

There is already an effective treatment, a medication that can kill the baby worms that cause the blindness. And when nearly everyone in a community takes the drug every year for a decade or so, it can eliminate the disease from the area.

But treating communities widely for river blindness is a risky proposition: The treatment can cause coma or death in a small segment of the population that harbors a different parasite — another worm known as Loa loa. That’s why large swaths of Sub-Saharan Africa have been denied treatment for nearly two decades — because the cure for river blindness for certain people can prove far worse than the disease.

And that’s where Silicon Valley technology comes in. The Berkeley researchers figured out that they could quickly determine who has the Loa loa worm using a smartphone, customized to work like a microscope. They could then skip the medication for those people and give it to everyone else. Kamgno, who received the latest version of the phones in 2016, dubbed the mobile microscopes “revolutionary.” 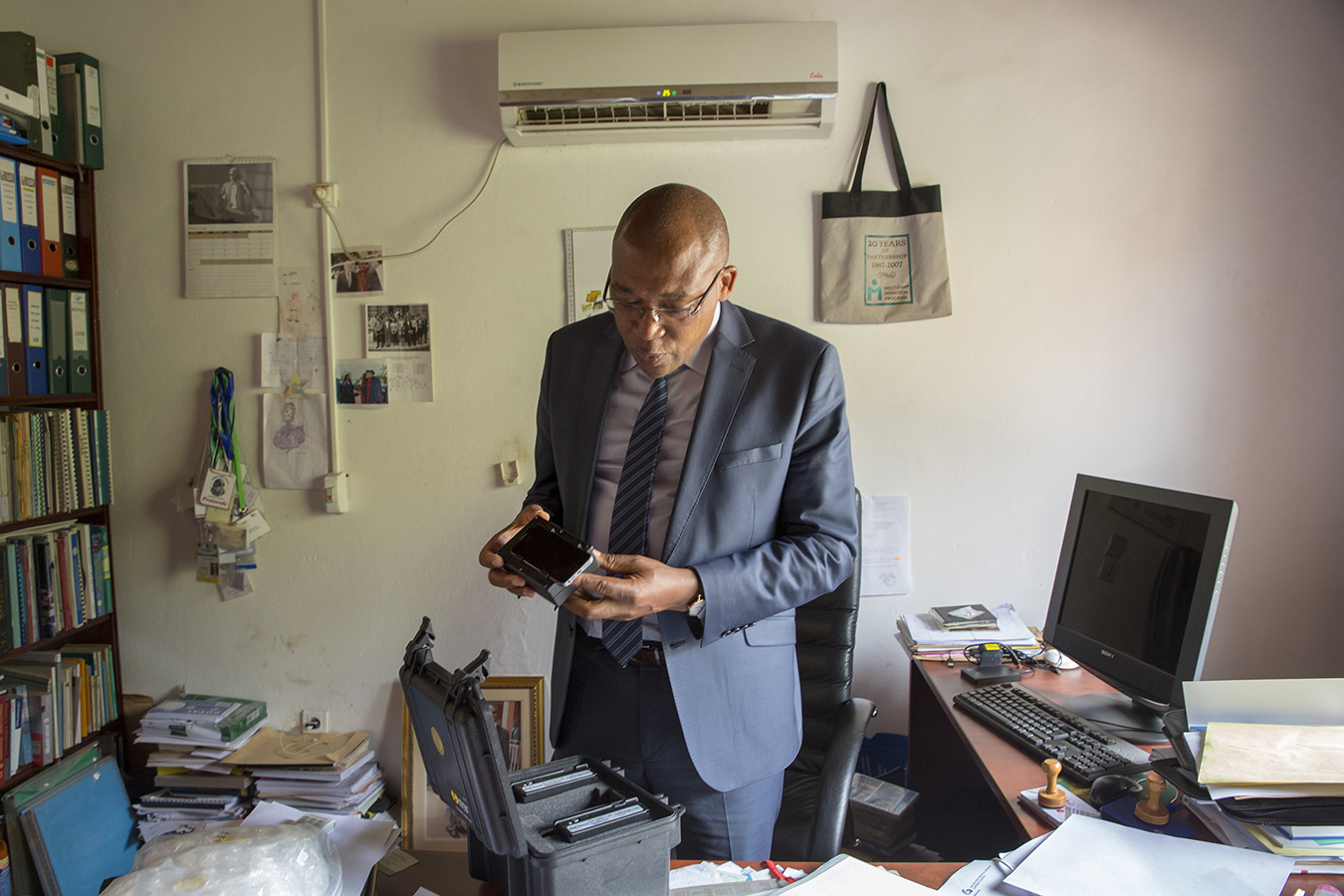 Parasite expert Dr. Joseph Kamgno examines a new version of a cellphone-based microscope in his research facility in Yaoundé, Cameroon. The device, created at the University of California-Berkeley, will help health workers treat communities affected by river blindness. (Brian Rinker for KHN)

The gadgets, called LoaScopes, are part of a broader effort to harness technology and innovation in the U.S., including California’s Silicon Valley, to fight age-old diseases in the developing world.

Over the years, major California universities — UC-Berkeley, UC-Davis, UCLA — have built cellphone microscopes geared to look at other bloodborne diseases in Africa and Asia, such as malaria and tuberculosis. UC-San Francisco researchers are using satellite images on Google Earth Engine to construct real-time maps of breeding conditions for malaria that can help predict infection rates in rural villages.

Drones are being used to deliver medical supplies to remote villages in Rwanda, and digital “ledgers” built with blockchain software could be used to track vaccinations in newborns, said Zvika Krieger, technology and policy expert at the World Economic Forum Center for the Fourth Industrial Revolution.

To accomplish their missions, nongovernmental and civil society organizations “are flocking to Silicon Valley,” he said.

The LoaScope was created in UC-Berkeley’s Fletcher Lab, named after Daniel Fletcher, a wild-haired scientist who discovered 10 years ago the potential of cellphones as microscopes. Basically, the camera on the phone is positioned over a magnifying lens to capture a sample on a slide. Software can then analyze whatever is on the slide and transmit it to the cloud.

Standard light microscopes aren’t really mobile, and require electricity and a trained lab tech to operate. The mobile microscope is cheap, compact and can be used by anyone familiar with mobile phones, which are increasingly common around the world, even in remote villages.

The discovery spun off into a private business called CellScope, while Fletcher’s academic lab continued to research smartphones as microscopes for the university.

Several years ago, Fletcher and his team had never heard of river blindness and knew very little about neglected tropical diseases in general. The team eventually became part of a mobile phone revolution in the developing world, in which public health researchers were ratcheting up efforts to use these pocket computers to address health problems.

The Bill and Melinda Gates Foundation have bankrolled the LoaScope project since its inception in 2011, spending more than $5 million to date.

River blindness, or onchocerciasis, is a nasty disease that has burdened Africa for as long as anyone can remember. The disease is spread by black flies, which drop off and pick up worms as they suck people’s blood. The symptoms — terrible itching, rotting skin and, after decades of infection, blindness — are caused by early stage worm larvae that flood the body after adult worms mate.

The river blindness medication, ivermectin, kills these baby worms effectively. But when a person harboring tens of thousands of Loa loa worms in each drop of blood takes ivermectin, all the baby worms die off in a sort of mass extinction, causing potentially lethal brain swelling. 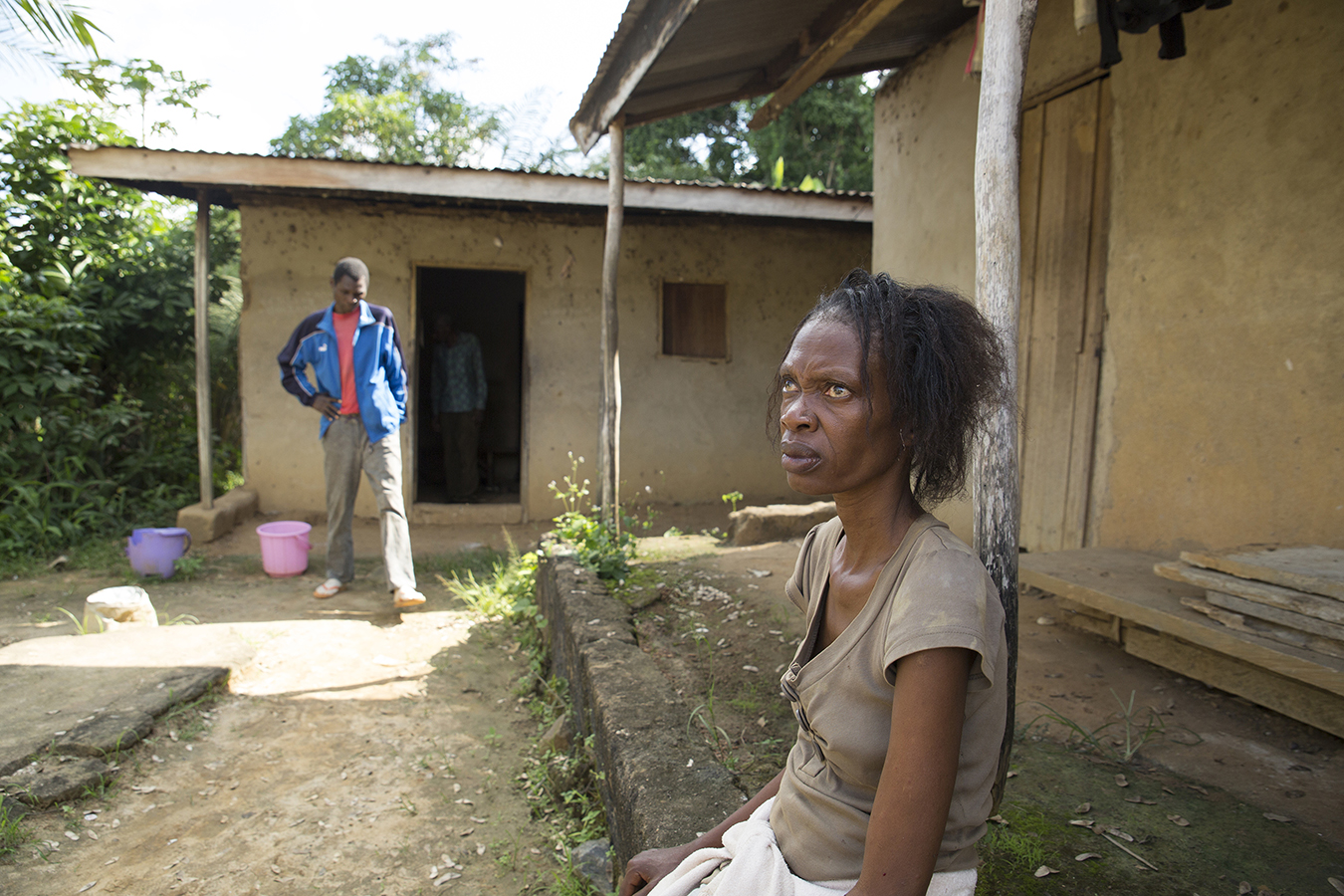 Two family members in a village in Cameroon are partially blind due to onchocerciasis, or river blindness. (Brian Rinker for KHN)

The small lab in Berkeley got involved with this complicated worm conundrum through a parasitic disease expert at the National Institutes of Health.

Dr. Thomas Nutman was tasked with finding a technology that could help solve the Loa loa problem. At first, he considered a project at UCLA in which a cellphone picture could be taken in the field, uploaded to the cloud and then analyzed by someone sitting at a computer in California.

It sounded good in theory, but because thousands of people had to be tested before treatment, Nutman needed answers on the spot. Recalling work by Fletcher and his team, Nutman hopped on a plane to the Bay Area to meet them.

Fletcher and scientist Mike D’Ambrosio knew they had the technology to see the worms — but figuring out how to see and count them in just a couple of minutes “seemed daunting.”

“That’s where we had the idea to use the motion of the worm as a way to see it,” D’Ambrosio said. Early stage Loa loa larvae thrash around in the blood more vigorously than other worms. So D’Ambrosio and his colleagues created an algorithm to identify Loa loa based on its motion.

The LoaScope is an iPhone that attaches to a plastic box made by a 3-D printer. A blood sample on a plastic tube is inserted into the black box, which contains optics and hardware. Press a button on the screen of the iPhone and it takes a video of the blood sample and runs the algorithm.

But relying on bioengineers in the tech-savvy San Francisco Bay Area to create a solution comes with downsides familiar to anyone who works there: shutdowns and updates.

Months before the latest device was scheduled to ship out, the company the scientists used to sync all their data gathered from the LoaScope to the cloud shut down, forcing a rewrite of the related software code. Then the hardware company that made an essential microcontroller board quit production.

“That is the cost we pay for trying to build something out of consumer-based electronics and using cloud software that is always changing,” said D’Ambrosio, who became the lead research scientist for the LoaScope project. 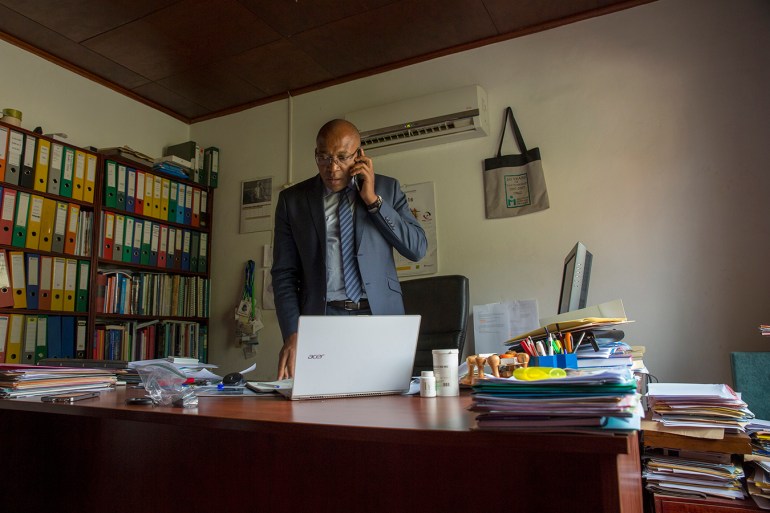 Kamgno, Cameroon’s leading expert on parasitic worms, talks on the phone in his research facility in the capital, Yaoundé. (Brian Rinker for KHN) 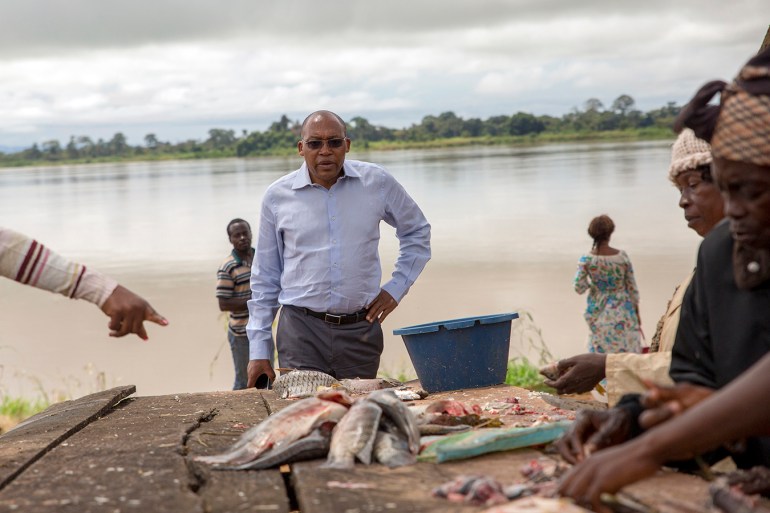 Kamgno stands on the banks of the Sanaga River in Cameroon, breeding grounds for the black flies linked to river blindness. (Brian Rinker for KHN)

On the other hand, he added, “the benefit is enormous. We’re able to build these integrated devices that do amazing things” at low cost.

Another problem the scientists had was figuring out who would pay for the devices.

“The business side of it is very unclear,” Fletcher said. “Part of the problem is that there isn’t a market for neglected tropical diseases.”

The Gates Foundation doesn’t typically pay to implement projects on a global scale. However, the foundation is negotiating a deal for a company to manufacture 10,000 LoaScopes, Nutman said.

Back in Cameroon, Kamgno’s research findings, published in the New England Journal of Medicine in November, showed that the LoaScope allowed wide treatment with ivermectin, and produced no adverse reactions in formerly “off-limits” communities. Kamgno’s research team is now training local health workers to use the LoaScope, and other countries soon may follow.

“We were surprised and happy to see that after only two days of training, the local people were able to do the treatment in their own community,” said Kamgno. “Almost all the young people have cellphones, and they can understand the LoaScope so quickly.”