One of the missions of the 2010 federal health law is to slow the soaring cost of health care. A key strategy for Medicare is encouraging doctors, hospitals and other health care providers to form accountable care organizations (ACOs) to coordinate beneficiaries’ care and provide services more efficiently. Under this experimental program, if these organizations save the government money and meet quality standards, they can be entitled to a share of the savings. Participation is voluntary.

In August, Medicare officials released 2014 financial details showing that the so far the ACOs have not saved the government money. The 20 ACOs in the Pioneer program and the 333 in the shared savings program reported total savings of $411 million. But after paying bonuses, the ACOs recorded a net loss of $2.6 million to the Medicare trust fund, a fraction of the half a trillion dollars Medicare spends on the elderly and disabled each year.

To help put this development in perspective, Kaiser Health News posed this question to several ACO experts: Three years in, the ACO program has many success stories, but it’s not yet saving Medicare money. Is it working?

Here are their answers, edited for clarity and space. 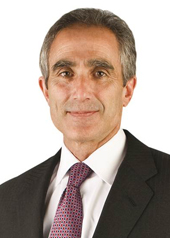 The program started off slowly. Changing the behavior of doctors from fee-for-service to a value-based environment involves changing in some cases 30, 40 years of behavior and doesn’t happen overnight. It’s very, very hard work. The doctors who embrace it find it very challenging. Think about how it affects their entire practice.

For these things to work, it has to be not just a value-based conversation but it also has to be about how the practice is actually managed. For example, the program wants us to encourage Medicare beneficiaries to get annual wellness visits. Most doctors don’t think of their enterprise as a business with customers. They think of it as a practice with patients. And things like the marketing work to get people in for an annual wellness visit is something new to them. It’s not something that they would typically do. So the notion of once a year, calling their members and asking them to come in—not just sending a little three by five inch card – but proactively getting them into the practice turns out to be a new exercise for many. Nine of our ACOs earned $27 million in shared savings.

There’s another thing going on here too, and this is sort of interesting from the non-financial, behavioral viewpoint. The doctors want to do the right thing. We’re seeing a generational shift in how physicians view their practices—again with a little self-selection. They know that pay for performance is coming. Now they are being measured, and they want their scores high. They understand that the world is changing and there’s a little bit of self-selection in our group with doctors who want to change along with the system. And what we found remarkable in the 2014 reporting period, even the doctors who did not earn bonuses were quite happy with the quality scores that were generated around their practices.

They work hard to get their quality scores where they think they should be—and when they’re not, the doctors are very, very chagrined. Hospitalizations in 2014 decreased on average by 11 percent for beneficiaries with chronic obstructive pulmonary disease, for example, and by 8 percent for those with congestive heart failure.

They cared a lot about that, even though the money wasn’t there in this marketing period. 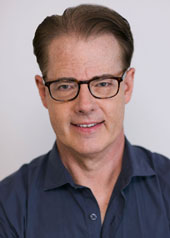 The recent results on ACO performance indicate that it hasn’t been successful. A lot of people have characterized the results as lackluster at best, and I think things are even worse than that. Medicare’s performance data ignores the fact that each of these ACOs made very substantial investments in infrastructure: new data systems, care management and care coordination systems that probably run anywhere between 1 and 2 percent of their target budget. If you apply that to the results of the ACOs, you would find that even a significant proportion of those meeting Medicare’s goals would be underwater financially.

The problems are largely based on design flaws. Because the formation of an ACO requires substantial levels of risk and large up-front infrastructure costs, they have been largely dominated by deep-pocketed health systems, hospital networks, large multi-specialty physician groups or other combinations of specialists and hospitals.  However, these providers are unlikely to make aggressive attempts to control costs because the hospital and specialists are still being reimbursed under traditional fee-for-service payment model. For hospitals, which have high levels of fixed costs, the way to cover costs and earn profits is to generate more volume. Their incentives run directly counter to the goals of the ACO program, which are to reduce costs, to reduce unnecessary use of hospitals and high-priced professionals. The ACO model for these groups is akin to asking an overweight patient to eat his or her own flesh to become thinner.

CMS could correct these deficiencies by developing a new ACO model that features groups of primary care physicians (PCPs) as the key organizational building blocks. PCPs are at the center of care management activities for most Medicare beneficiaries and primary care is generally under-provided. Because PCPs account for a small share of total expenditures, it is possible to provide large financial incentives with modest shared savings proportions, perhaps 20 to 30 percent. However, because they account for a small share of total costs, PCPs are unable to assume financial risk. Therefore, a PCP-led ACO must include a mechanism to pay for reasonable infrastructure costs while retaining the upside-only risk characteristic of the current Medicare Shared Savings Program (MSSP). Each PCP group should also be eligible for a shared savings payment if it generates savings, regardless of the performance of the entire ACO. 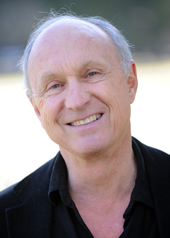 Associate professor of public health sciences at the University of Virginia and president of Health Futures, Inc., a health analytics firm

We are actually ten years in, not three.  The ACO model was first tested in the Physician Group Practice demonstration, which began in 2005.  The results of that demo greatly resemble those of the past three years:  less than a fifth of the ACOs generate the vast majority of savings, and those failing to generate bonuses outnumber bonus winners three or four to one.  Prominent among the “failures” are respected provider systems with decades of successful managed care experience in both the commercial market and Medicare Advantage.  This isn’t a new idea.

You can make any program “work” if you employ Lake Wobegon accounting.  Hire a friendly consultant to do your program evaluation, instead of a respected independent evaluator (how about the HHS Office of Planning and Evaluation?).  Count the “savings” but ignore the overruns.  Don’t count the bonus payments as a “cost.”  Don’t count ACO set-up or operating costs (so we cannot determine the return on investment from participation).  Don’t share the savings with Medicare beneficiaries.  And voila, it “works.”

The CMS Innovation Center is a young agency with a very full plate.  It has an audience, including Congress, health service research experts and the provider community.

Its leadership needs to establish its credibility in order for its innovations to take hold.  Picking the ACO as its lead project was a bad decision, and one that has not enhanced the center’s credibility. 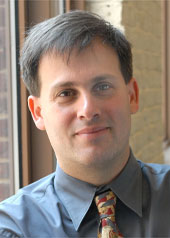 Mike McWilliams and I, along with other colleagues published a paper that found the first year of the Pioneer program saved money by cutting spending by about 1.2 percent. But it saved money even after savings were shared. We don’t have enough data yet on the MSSP program to make judgments, but I wouldn’t conclude that they haven’t saved money.

I also speculate that over time we will see bigger savings and more organizations participate.  Medicare has tweaked the rules to make the program more attractive to providers. In addition, ACOs can help providers get beyond the Affordable Care Act’s productivity adjustments that will reduce the rate of growth in fee-for-service payment rates to hospitals and other providers. The ACO model allows these organizations to transfer some of the efficiency gains they make into bottom-line savings. If they reduce admissions, if they reduce readmissions, if they reduce wasteful use of diagnostic services, they can keep some of those savings. When they keep those savings, it doesn’t look great if Medicare’s spending is higher than it would have been if the savings were not shared. On the other hand, the incentives of sharing helped generate the savings in the first place and they might allow those providers to survive.

We need to put the health system on a sustainable spending trajectory. Even though the Pioneer plans saved a relatively modest amount, we seem to be moving in a reasonable direction.

You don’t expect to get a lot of the savings early, but if you can get providers to do things that will control the rate of spending growth, over time you will get a payoff. What we need to do now is not worry about 2016, but worry about the health care system in 2025. I believe that looks better if we continue on this path. Moreover, the alternatives are not great.

I don’t mean that success is easy and I don’t mean to imply that all organizations will succeed. This is not without risk. I am personally a bit optimistic. But I don’t think success is a foregone conclusion. It is very hard for many organizations. Undoubtedly, some will fail. 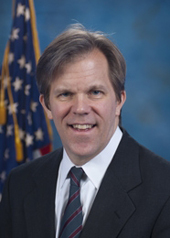 CMS’ ACO initiatives are off to a successful start because beneficiaries are receiving measurably better care and the trust funds are saving money.

In addition, an independent evaluation report for CMS found that the Pioneer Model generated more than $384 million in savings over its first two years, while the CMS Office of the Actuary has certified that an expansion of the Pioneer Model would be expected to save the trust funds additional funds.  While the actuary has not opined officially on cost savings in the Medicare Shared Savings Program, the program’s financial results are in line with those that we expected. And early results show that ACOs with more experience in the program tend to perform better over time. Among ACOs that entered the Shared Savings Program in 2012, 37 percent generated shared savings, compared to 27 percent of those that entered in 2013, and 19 percent of those that entered in 2014.

Another sign of success has been the growth in interest in the ACO model. The Shared Savings Program now includes more than 420 Medicare ACOs serving more than 7.8 million Americans with original Medicare.  The Shared Savings Program continues to receive strong interest from both new applicants as well as from existing ACOs seeking to expand and continue in the program for a second agreement period starting in 2016. Next year, CMS will launch the Next Generation ACO model, which has also garnered significant interest among providers.

ACOs are a part of our vision of a system that delivers better care, spends our dollars in a smarter way, and puts patients in the center of their care to keep them healthy.