If you are uninsured because health coverage seemed too expensive the last time you looked, it’s time to look again. 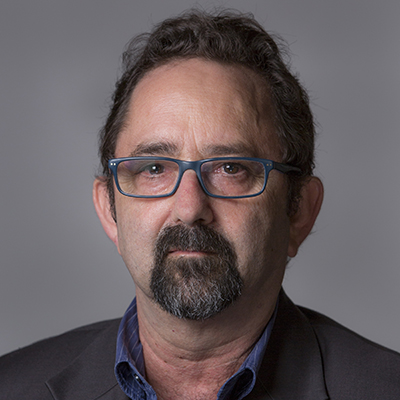 A new federal law could make it a whole lot cheaper to buy your own insurance if you don’t get coverage through an employer or a government insurance program such as Medicare or Medicaid.

The law, the American Rescue Plan, provides billions of federal dollars to reduce premiums for people who buy their coverage through the insurance exchanges established by the Affordable Care Act.

The aid expands a federal tax credit created by the ACA that you can take upfront as a discount on your premium or claim when you file your taxes the following year. It is not available for those who buy individual or family policies in the open market outside an ACA exchange. So, if you are in an off-exchange health plan, you might save a lot of money by switching to one inside the exchange.

Covered California, the state’s ACA exchange, opened a special enrollment period on April 12 for people who want to take advantage of the new aid by enrolling or switching coverage. The period runs through December — 4½ months later than the Aug. 15 special enrollment end date on the federally run exchanges.

Covered California estimates the new money will reduce its customers’ monthly premium bills by an average of $180 per household. Nearly 90% of Covered California enrollees already get financial aid, and many will now get more. Some enrollees who didn’t previously qualify for tax credits may now be eligible.

Darci Gutierrez, an insurance agent in Dublin, California, says a client with a large family saved $425 a month on a Blue Shield PPO at the silver tier — the second-lowest level in the ACA’s four-tier system of coverage.

“I was shocked at the amount of reduction in cost. I was like, ‘Holy cow,’” Gutierrez says.

The additional federal aid is slated to stop after 2022, which means your insurance could cost you more after that. But there is talk in Congress about extending the enhanced tax credits for longer.

The new law follows the lead of California, which provided groundbreaking state-funded tax credits starting last year to augment the ACA credits and push eligibility for aid well into the middle class. The new federal dollars will provide assistance even further up the income scale.

Covered California estimates 100,000 consumers with incomes too high to qualify for federal or state credits under prior law will now be eligible for subsidies averaging $500 a month per household.

The share of the new money going to California could be about four times as much as those state-funded subsidies and will completely replace them, saving the state about $761 million this fiscal year and next.

The newly enhanced federal tax credits take effect with coverage that starts May 1. To get coverage for the first of any month, you need only sign up by the day before.

If you are currently enrolled in Covered California, you can keep your plan and take the savings, or you could shop around and save even more — or switch to a higher level of coverage without increasing your monthly bill.

“It’s critical that anybody who buys coverage as an individual take a look, because they may be leaving hundreds if not thousands of dollars on the table,” says Anthony Wright, executive director of Health Access, a Sacramento-based consumer advocacy group.

The new law, signed by President Joe Biden in March, also allocates money to provide virtually premium-free coverage — in 2021 only — for anyone, regardless of income, who receives unemployment benefits at any point during the year.

California is projected to get about $3 billion of the new federal money. Officials at Covered California think the state can get even more, and the exchange is spending more than $20 million on a television, radio and social media advertising blitz to drum up business. It is targeting in particular the approximately 810,000 uninsured Californians who are eligible for federal support under the new law.

“We need to rattle uninsured people to look again and realize this is new and different,” says Peter Lee, Covered California’s executive director. “If they think it’s just the same old same old, they ain’t going to check.”

Covered California is also marketing itself to an additional 270,000 people who are enrolled in health plans outside the exchange and would qualify for subsidized coverage if they switched to Covered California.

In an example used by Covered California in its promotional campaign, an Oakland couple making $77,580 a year, both 45 years old, pay the full monthly premium of $1,271 for a silver plan outside the exchange. By switching to the same plan in Covered California, they would pay only $550 — a monthly saving of $721.

If you are a current enrollee, Covered California — unlike the federally run exchanges — will automatically calculate your lower premium, and you will see a credit for May on your June bill. You will also reap that saving retroactively for the first four months of 2021 in the form of an additional premium reduction, in equal monthly installments, over the rest of the year.

If you are uninsured or in an off-exchange health plan, however, you need to take action. The money won’t just come to you. Research your options and enroll.

To find out if you qualify for federal assistance, log on to www.coveredca.com.

Click the “shop and compare” button to find the health plans available to you in your area, along with the monthly premium you will pay after your tax credit.

You can also click a button to get a call from a licensed health insurance agent who can help you figure it all out — without charging you. If you don’t have a computer, call Covered California at 800-300-1506.

In contrast to the federally operated exchanges, Covered California requires that people switching from off-exchange health plans into exchange-based ones be allowed to apply any deductible paid so far this year against the new policy, as long as they don’t change insurance companies. That flexibility also applies if you are exchanging one Covered California plan for another, but with more restrictions, so ask your health plan before you make any changes.

If you are coming to Covered California from the open market, it should be easy to keep doctors you like, since most off-exchange plans mirror ones in Covered California and have the same networks. But there are cases in which you would not be able to keep your doctors, so be sure to ask your insurer about it before making a final decision.

Another notable feature of the new federal tax credits is that they no longer carry upper-income limits for eligibility. Instead, the amount people pay in premiums is limited to a fixed percentage of their income, ranging from zero for low-income consumers to 8.5% for the most affluent.

For the 2020 tax year, the new law overrides a requirement that consumers whose incomes exceeded their original estimate pay back any subsidy amounts to which they are not entitled.

Tom Freker, an insurance agent in Huntington Beach, California, says one of his clients made a big profit on a property sale last year, which raised his income to a level that would have required paying back the $10,000 subsidy he received in 2020.