President Joe Biden has ordered the Federal Trade Commission to combat consolidation in the health care industry, saying that it is driving up prices for consumers and limiting their access to care.

The new Democratic majority on the FTC has signaled that it not only will be looking at traditional mergers among hospitals and other health care providers but also is interested in some legal theories of antitrust enforcement that have been less frequently used. That includes questioning whether a merger affects labor market conditions and increasing its scrutiny of vertical mergers, in which hospitals, insurers, or other types of health care companies seek to merge with companies that provide needed products or services.

Mark Seidman, an assistant director in the FTC’s Bureau of Competition, spoke with Harris Meyer about these efforts. The interview has been edited for length and clarity.

Q: How has Biden’s executive order on promoting competition affected the FTC’s direction on antitrust enforcement in health care?

It was gratifying and important to see the president’s focus on hospital mergers and competition, which has been a bipartisan issue of concern for the FTC for at least two decades. The president putting a priority on that is an important message for hospital executives. We are feeling invigorated and looking to fulfill the executive order’s call to be aggressive on antitrust enforcement. 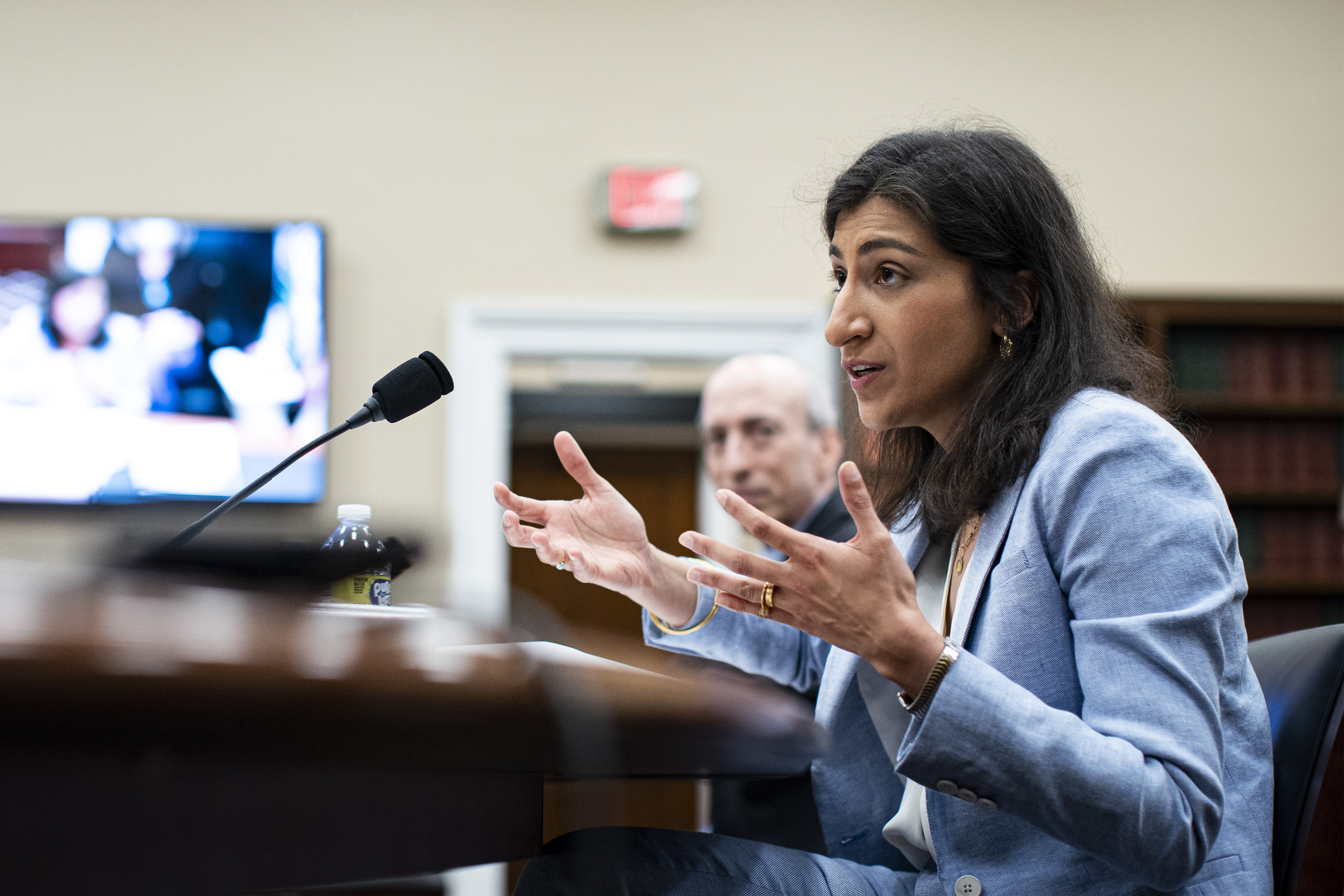 The president has directed the Federal Trade Commission to carefully consider health industry mergers that may stymie competition and drive up prices. The new Democratic majority appears eager to look beyond traditional hospital consolidations to deals that involve products, services, or staffing.

Q: What were the major takeaways from the public “listening forum” held in April by the FTC and the Justice Department on the effects of mergers in the health care industry?

The biggest takeaway from those listening sessions is the impact that mergers have on actual people — the customers of the merging hospitals and the people who work for those hospitals — and how this can affect their lives. Antitrust can be a technical area of law, with a heavy focus on economics. It’s a reminder that if we’re not careful, we can lose sight of the human impact of a merger.

Q: Some experts wonder whether the FTC will expand its antitrust radar to examine the potential anti-competitive effects of mergers between hospitals in different markets, not just mergers of hospitals in the same market. One example of a cross-market deal is the recently announced merger between Advocate Aurora Health in the Midwest and Atrium Health in the Southeast, which will create a 67-hospital, $27 billion system. What are the possibilities for an expanded geographic focus?

It’s hard to answer the local vs. regional merger question in the abstract because we take each merger on its own facts. We are looking for mergers that substantially lessen competition, and that can happen in all sorts of ways. Most of the hospital litigation over the past 20 years focused on hospitals that were clearly competitors in fairly close proximity. It would be a mistake to interpret that as the only type of hospital merger we would investigate, especially as hospital systems grow.

We’re always looking at the multiple ways hospital systems compete. We will certainly take into consideration system vs. system competition, vertical integration, impact on the labor market, impact on insurers, and how hospitals compete to serve the employees of large employers. There is a growing economic literature about the potential negative effects of cross-market mergers leading to higher prices, and we are thinking hard about that.

We look at whether hospitals are competing for the same pool of doctors, nurses, and other types of labor. Hospitals are large employers in whatever geography they exist in. A merger between hospitals that are relatively close can have an impact on the labor market. That’s been less of a feature up to now in litigated antitrust cases, but it’s top of mind as a policy matter.

Q: Will the increased conservative skew of the federal courts given former President Donald Trump’s numerous judicial appointments have an impact on the FTC’s ability to successfully litigate antitrust cases?

In my experience with the courts in hospital and other cases, judges are very interested in the facts of any particular case. They have a keen understanding of antitrust law and the goal to preserve competition. I’m confident that if we can put together a factual record that a merger will impair competition, the court will be keenly interested. It’s very fact-specific. I have no reason to think more conservative judges are more or less open to antitrust cases.

The biggest concern in vertical mergers is giving one competitor control of an input that other competitors need access to. That either forecloses competitors from that input or raises the cost of that input. It’s something we think about when we’re looking at combinations of providers, such as a hospital or an insurer combining with a physician group. We spend a lot of time and energy thinking about the impact of those types of mergers on rival insurers and providers.

Q: Is the FTC focusing on examining health care mergers and acquisitions that involve private equity investment firms, such as the many deals by private equity firms that have built increasingly large physician specialty practices in dermatology and other medical specialties?

We are very aware of the discussion about the effect of private equity in lots of spaces, including health care. But we look at mergers that come in our door through a merger filing, news report, or complaint. We have to react to what lands on our desk.