Since reopening campus at the University of California-San Diego last summer, university officials have relied on the tried-and-true public health strategies of testing and contact tracing. But they have also added a new tool to their arsenal: excrement.

That tool alerted researchers to about 85% of cases in dorms before they were diagnosed, according to a soon-to-be published study, said Rob Knight, a professor of pediatrics and computer science and engineering who helped create the campus’s wastewater testing program.

When covid is detected in sewage, students, staffers and faculty members are tested, which has allowed the school to identify and isolate infected individuals who aren’t yet showing symptoms — potentially stopping outbreaks in their tracks.

UC-San Diego’s testing program is among hundreds of efforts around California and the nation to turn waste into valuable health data. From Fresno, California, to Portland, Maine, universities, communities and businesses are monitoring human excrement for signs of covid.

Researchers have high hopes for this sludgy new data stream, which they say can alert public health officials to trends in infections and doesn’t depend on individuals getting tested. And because people excrete virus in feces before they show symptoms, it can serve as an early warning system for outbreaks.

The Centers for Disease Control and Prevention finds the practice so promising that it has created a federal database of wastewater samples, transforming raw data into valuable information for local health departments. The program is essentially creating a public health tool in real time, experts say, one that could have a range of uses beyond the current global pandemic, including tracking other infectious diseases and germs’ resistance to antibiotics.

“We think this can really provide valuable data, not just for covid, but for a lot of diseases,” said Amy Kirby, a microbiologist leading the CDC effort.

The virus that causes covid infects many types of cells in the body, including those in the respiratory tract and gut. The virus’s genetic signature, viral RNA, makes its way into feces, and typically shows up in poop days before symptoms start.

At UC-San Diego and other campuses, researchers take samples flowing from individual buildings, capturing such granular data that they can often deduce the number of infected people living or working there. But in most other settings, because of privacy concerns and resource constraints, testing is done on a much larger scale, with the goal of tracking trends over time.

Samples are drawn from wastewater, which is what comes out of our sewer pipes, or sludge, the solids that have settled out of the wastewater. They are typically extracted mechanically or by a human with a dipper on the end of a rod.

When researchers in Davis, California, saw the viral load rise in several neighborhood sewage streams in July, they sent out text message alerts and hung signs on the doors of 3,000 homes recommending that people get tested.

But when covid hit the U.S. amid political chaos and a shortage of tests, local governments scrambled for any information they could get on the virus.

In rural Lake County, California, health officials had identified a handful of cases by sending nurses out to look for infected people. They were sure there were more but couldn’t get their hands on tests to prove it, so in spring 2020 they signed up for a free sewage testing program run by Biobot, which pivoted to covid testing as the pandemic took off and now is charging to test in K-12 schools, office buildings and nursing homes, in addition to local governments and universities, said Mariana Matus, CEO and co-founder of the company.

The covid virus turned up in samples at four wastewater treatment facilities in Lake County.

“It is a way to just get more information because we can’t do testing,” Gary Pace, then the county’s health officer, told KHN at the time.

As sewage sampling took off around the world, the U.S. Department of Health and Human Services began awarding grants in fall 2020 to wastewater treatment plants. Biobot won a bid to run a second round of that program, currently underway through late August, testing the sewage of up to 30% of the U.S. population.

At least 25 California wastewater treatment plants are participating in the program, and numerous others are getting money from the CDC, working with local universities or paying for their own testing. While such states as Ohio and Missouri have created public dashboards to show their data, California’s efforts remain scattershot.

The test data alone doesn’t provide much value to health officials — it needs to be translated to be useful. Scientists are still learning how to read the data, a complicated process that involves understanding the relationships between how much virus people excrete, how many people are using a wastewater system and how much rainwater is running into the system, potentially diluting the sewage, among many other factors. Since using wastewater to track diseases was not widespread before the pandemic, there’s been a steep and ongoing learning curve.

Beleaguered public health officials have struggled to incorporate the new data into their already overwhelming workloads, but the CDC hopes it can address those issues with its new national system that tracks and translates wastewater data for local governments.

Throughout 2020, Kirby, the CDC microbiologist, and engineer Mia Mattioli were a two-person wastewater team inside the agency’s larger 7,000-person covid response. During that time, academic colleagues generously shared what they knew about wastewater epidemiology, Kirby said. By September 2020, the pair had launched the National Wastewater Surveillance System, which interprets sampling data for state and local governments. Today, they lead a team of six and have a permanent place in one of the CDC’s departments.

“Every piece of this system had to be built largely from scratch,” Kirby said. “When I look at that, it really amazes me where we are now.”

In the months since the system debuted, it has been able to detect an uptick in cases anywhere from four to six days before diagnostic testing shows an increase, Kirby said.

She hopes that by the end of next year the federal monitoring program will be used to check for a range of diseases, including E. coli, salmonella, norovirus and a deadly drug-resistant fungus called Candida auris, which has become a global threat and wreaked havoc in hospitals and nursing homes.

The longer these programs are up and running, the more useful they become, said Colleen Naughton, a professor and civil engineer at the University of California-Merced who leads COVIDPoops19, which tracks wastewater monitoring efforts globally. Naughton is working with colleagues at the University of California-Davis to launch monitoring programs near where she works in the Central Valley but is finding that some smaller communities don’t have the resources to conduct testing or sufficient health personnel to analyze or use the data. 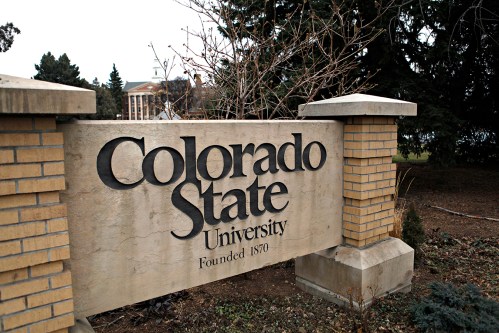 It’s in these smaller communities with limited access to testing and doctors where the practice may hold the most promise, Naughton said. Covid laid bare long-standing inequities among communities that she fears will be perpetuated by the use of this new public health tool.

Privacy concerns also need to be addressed, experts said. Wastewater data hasn’t traditionally been considered protected personal health information the way diagnostic tests are. Health officials have managed earlier concerns about wastewater tracking of illicit drug use by sampling from large enough sewage streams to offer anonymity. But testing for certain health problems requires looking at DNA. “I think that’s going to be a challenge for public communication,” Knight said, “to make sure that’s not perceived as essentially spying on every individual’s genetic secrets.”

Public health and wastewater officials said they are thrilled by the potential of this new tool and are working on ways to address privacy concerns while taking advantage of it. Greg Kester, director of renewable resource programs at the California Association of Sanitation Agencies, wrote to CDC officials in June 2020 asking for a federal surveillance network. He can hardly believe how quickly that call became a reality. And he hopes it is here to stay, both for the ongoing pandemic and for the inevitable next outbreak.

“As vaccination rates increase and we get the variants, it’s still going to be important because clinical testing is decreasing,” Kester said. “We really want to make this part of the infrastructure.”

The Newest Disease Detection Tool for Covid and Beyond: Poop