Lawmakers on Capitol Hill on Friday planned to roll out what could be the most ambitious attempt ever tried to treat American war fighters poisoned in deployments overseas.

The bipartisan bill, modeled on both Agent Orange legislation and the 9/11 health act, aims to help unknown thousands of veterans who got sick after being exposed to toxic substances from massive open fire pits where the military burned its garbage, as well as other sources.

The Department of Veterans Affairs estimates some 3.5 million service members were exposed to the toxic trash plumes in Iraq, Afghanistan and other battlegrounds, and maintains a burn pits registry through which nearly 236,000 veterans have reported exposures. President Joe Biden believes that toxic smoke is responsible for the brain cancer that killed his son Beau in 2015.

Yet the VA and the military deny the vast majority of claims for retirement and health benefits from ill veterans, leaving them to cope with disability and mounting medical bills on their own until they die.

The reasons range from simple denials that noxious fumes caused illnesses to the classic problems even the sickest veterans encounter when they confront enormous snarls of red tape at the VA and Department of Defense.

Generally, it’s up to the sick service members to prove their cases.

Sens. Kirsten Gillibrand (D-N.Y.) and Marco Rubio (R-Fla.) predict their bill will finally ease that burden. “The bottom line is that our veterans served our country, they are sick, and they need health care — period,” said Gillibrand.

“No more excuses. No more delays. It is time to act,” Rubio said.

The bill is called “The Presumptive Benefits for War Fighters Exposed to Burn Pits and Other Toxins Act.” Its text was expected to be released Friday with the formal introduction of the measure. Comedian Jon Stewart, a strong advocate for the 9/11 health act, is also taking up the cause of burn pit vets.

It comes on the heels of Senate testimony from veterans such as Will Thompson, who still can’t get his military retirement benefits even though his double-lung replacement makes him 100% disabled, he said. His lungs failed after breathing the trash smoke in Iraq, and doctors found traces of jet fuel and metal in his tissue.

Thompson said he suffered a mild stroke shortly after the March 10 hearing in which he visibly struggled to deliver his testimony. His doctors told him it stemmed from treating skin cancer that he’s more susceptible to because of the immunosuppressants he must take to keep his body from rejecting his transplanted lungs. 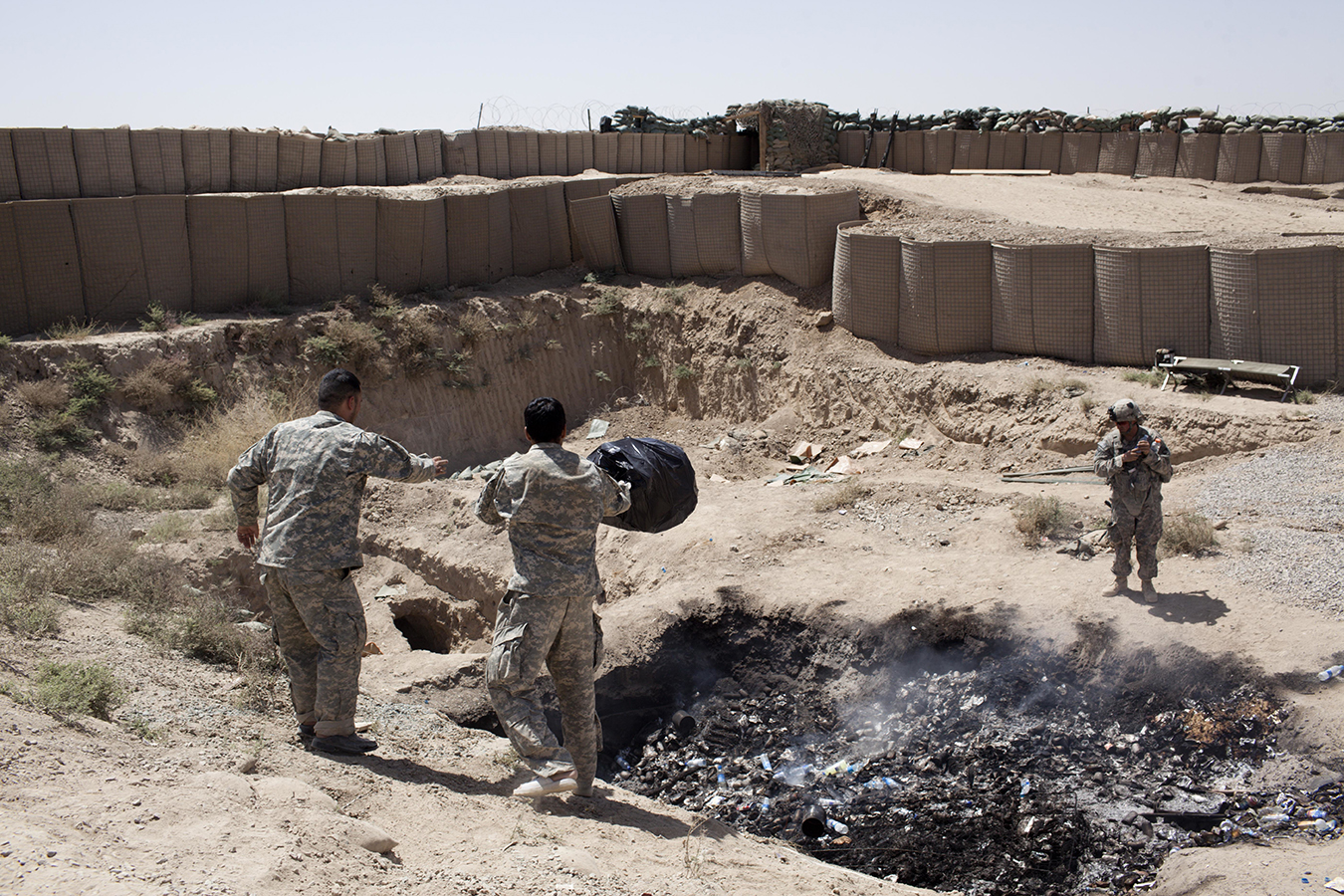 He and others are tired of waiting on a system that leaves many worse off than he is.

“I’m blessed. I can still walk and talk,” Thompson said Thursday. “You got soldiers who are sick. That means soldiers need help. Give them the help they need, immediately. You know, make sure that you pass a bill that says, ‘OK, we got a soldier dying of cancer. They need help right now.’ They don’t need a process and a bunch of red tape.”

The Gillibrand-Rubio bill is the second to be rolled out this week to deal with burn pits. Another bipartisan bill announced Tuesday led by Sen. Thom Tillis (R-N.C.) is the Toxic Exposure in the American Military Act, or TEAM Act, which also aims to get veterans treatment for illnesses linked to toxic exposures. It creates a process for the VA to determine illnesses for which vets would be presumed to be eligible for health care benefits if they served in specific locations.

Some veterans’ advocates support the TEAM Act as a step in the right direction, but many others prefer the Gillibrand-Rubio approach, which takes the disease determination process out of the military’s hands, and starts by spelling out a dozen illnesses that should be covered at once if someone served in the relevant locations.

Advocates fear that Congress, which has a history of deferring to the military, may opt for the less aggressive bill, which also would likely be less expensive, although cost estimates are not yet available for either bill.

“I’m very worried and it’s very hard for me not to be angry about it,” said Rosie Torres, who worked for the VA for 23 years and founded the advocacy group Burn Pits 360 because her husband was denied benefits after he returned from war.

She expects Congress to choose the cheaper option.

“There shouldn’t be a price tag on the lives of war heroes and war fighters and their widows. This is what Lincoln’s motto is, to take care of the widow and the orphan, and they’re not really abiding by that, if they were to go with what’s cheaper,” Torres said, referring to the Abraham Lincoln quote that the VA has adopted.

Thompson, who works with Torres’ group, said the important thing for sick veterans is to make it simple, and do it soon.