A divide between “haves” and “have-nots” is emerging as older adults across the country struggle to get covid-19 vaccines.

Seniors with family members or friends to help them are getting vaccine appointments, even if it takes days to secure them. Those without reliable social supports are missing out.

Elders who can drive — or who can get other people to drive them — are traveling to locations where vaccines are available, crossing city or county borders to do so. Those without private transportation, are stuck with whatever is available nearby.

Older adults who are comfortable with computers and have internet service are getting notices of vaccine availability and can register online for appointments. Those who can’t afford broadband services or don’t use computers or smartphone apps are likely missing out on information about vaccines and appointments.

The extent of this phenomenon has not been documented yet. But experts are discussing it on various forums, as are older adults and family members.

“I’m very concerned that barriers to getting vaccines are having unequal impact on our older population,” said Dr. XinQi Dong, director of the Institute for Health, Health Policy and Aging Research at Rutgers University.

Disproportionately, these barriers appear to be affecting Blacks and Hispanic elders as well as people who are not native English speakers; older adults living in low-income neighborhoods; seniors who are frail, seriously ill or homebound; and those with vision and hearing impairments.

“The question is ‘Who’s going to actually get vaccines?’ — older adults who are tech-savvy, with financial resources and family members to help them, or harder-to-reach populations?” said Abraham “Ab” Brody, an associate professor of nursing and medicine at New York University.

“If seniors of color and people living in poor neighborhoods can’t find a way to get vaccines, you’re going to see disparities that have surfaced during the pandemic widening,” he said.

Preliminary evidence from an analysis by KHN indicates this appears to be happening. In 23 states reporting vaccine data by race, Blacks are being vaccinated at a far lower rate than whites, based on their share of the population. The data on Hispanics suggests similar disparities but is incomplete.

Although the data is not age-adjusted, Blacks and Hispanic seniors have been far more likely to become seriously ill and die from covid than white seniors during the pandemic, other evidence shows.

Myrna Hart, 79, who has diabetes and high blood pressure and lives in Cottage Grove, Minnesota, a southern suburb of St. Paul, is afraid she’ll be left behind during the vaccine rollout. Hart, who is Black, is eager to get a shot, but she can’t travel to two large vaccination sites for seniors in Minneapolis’ northern suburbs, more than 30 miles away.

“That’s too far for me to drive; I don’t know my way, and I could get lost,” she said. “If they have a handful of people who look like me in those places, I would be surprised. I wouldn’t feel safe going there by myself.”

Family members can’t give her a ride. Hart’s husband is in a skilled nursing facility, receiving rehabilitation after having a leg amputated due to diabetes. Her son is in the hospital, with complications from kidney disease. A daughter lives in Westchester County, New York.

So far, Hart has had no success getting an appointment online at smaller, closer vaccine locations.

“I don’t know how much I can endure this,” she said, her voice breaking, as she described her fear of catching covid and her frustration. “I’m afraid they’re going to run out [of vaccine] before they get to people my age, now that they’ve changed the plan to include 65-year-olds who are jumping ahead of us.”(Like many states, Minnesota widened eligibility to people 65 and older in mid-January, following recommendations from the federal government.)

Although Hart, a former accountant and bookstore owner, knows her way around computers, many older adults don’t.

According to a new survey by University of Michigan researchers, nearly 50% of Black seniors and 53% of Hispanic older adults did not have online “patient portal” accounts with their health care providers as of June 2020, compared with 39% of white elders.

What’s more, a significant portion of Black and Hispanic older adults lack internet access — 25% and 21%, respectively, according to the Census Bureau.

“It’s not enough to offer technological solutions to these seniors: They need someone — an adult child, a grandchild, an advocate — who can help them engage with the health care system and get these vaccines,” said Dr. Preeti Malani, director of the University of Michigan’s National Poll on Healthy Aging. 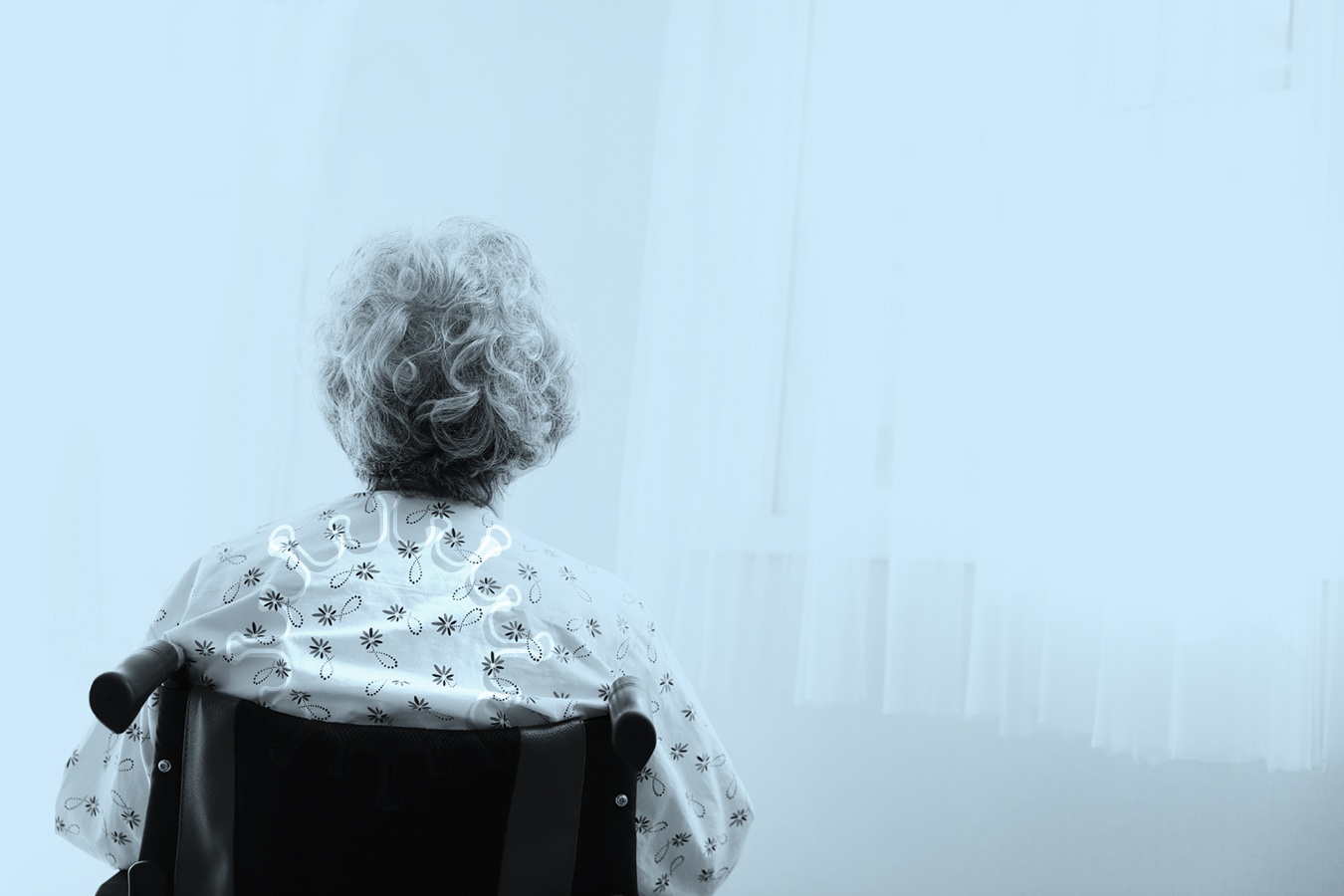 In Birmingham, Alabama, Dr. Anand Iyer, a pulmonologist who specializes in caring for older adults, runs a clinic for more than 200 indigent patients with various types of chronic lung disease — conditions that put them at risk of becoming seriously ill if they’re infected with coronavirus. Seventy percent of his patients are Black, and many are elderly.

“I would estimate 10% to 20% are at risk of missing out on vaccines because they’re homebound, live alone, don’t have transportation or lack reliable social connections,” he said. “Unfortunately, those are the same factors that put them at risk of poor outcomes from covid.”

Every week, he gets a call from a 90-year-old Black patient who lives alone in Tuskegee with chronic obstructive pulmonary disease, heart failure, cancer and severe arthritis. “She’s old, but she’s resilient and she keeps me posted on what’s going on,” Iyer said.

To the doctor’s knowledge, this patient doesn’t have children, other family members or friends to help her; instead, she relies on a handyman who comes around every so often. “How in the world is she supposed to get the vaccine?” he wondered.

Kei Hoshino Quigley, 42, of New York City, knows that her parents — Japanese American immigrants, who have lived with her since last March — couldn’t have managed without her help.

Although Quigley’s 70-year-old father and 80-year-old mother speak English, they have heavy accents and “it can be very hard for people to understand them,” she said.

In addition, Quigley’s father doesn’t know how to use computers, and her mother’s eyesight isn’t good. “For older people who don’t speak English as their native language and who are intimidated by the computer, the systems that have been set up are just nuts,” Quigley said.

Knowing they couldn’t navigate vaccine registration systems on their own, Quigley spent hours online trying to secure appointments for her parents.

After encountering a host of problems — frequent error messages, information she inputted suddenly getting wiped out on vaccine registration sites, calendars with disappearing-by-the-second appointments, incorrect notices that her parents didn’t qualify — Quigley arranged for her mother to be vaccinated in mid-January and for her father to get his first shot a few weeks later.

Language issues are also a significant hurdle for older Hispanics, who “are not being offered information on vaccines in a way they understand or in Spanish,” said Yanira Cruz, president and chief executive officer of the National Hispanic Council on Aging.

“I’m very concerned that older adults who are not fluent in English, who don’t have a family member to help them navigate online, and who don’t have access to private transportation are going to be left out” during this rollout, she said.

None of the older adults living in two low-income housing complexes run by her organization in Washington, D.C., and Garden City, Kansas, have received vaccines, Cruz said. “We should be bringing the vaccines to where seniors live, not asking them to take a bus, expose themselves to other people, and try to find their way to a clinic,” she said.

Nothing can substitute for a friend or family member determined to make sure an older loved one is protected against covid. Joanna Stolove has played that role for her father, 82, who is blind and has congestive heart failure, and her mother, 74, who has Lewy body dementia.

The couple lives in Nassau County on New York’s Long Island and receives 40 hours of care at home each week.

Stolove, a geriatric social worker, took time during work to try to get her father an appointment, but many people don’t have that luxury. She works at a naturally occurring retirement community in Morningside Heights, a diverse neighborhood on the Upper West Side of Manhattan.

With substantial effort, Stolove secured an appointment for her father at a large drive-in vaccine site on Jones Beach on Jan. 26; her sister found an appointment for her mother there in late February. At work, where many of her clients live alone and don’t have family members or friends whom they can rely on for help, she counsels them about vaccines and tries to find appointments on their behalf.

“I have so many advantages in assisting my parents,” Stolove said. “Without help from someone like me, how can people find their way through this?”