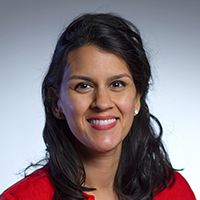 The covid relief bill signed by President Joe Biden a week ago includes billions of dollars in new health benefits for consumers. But those benefits may be hard for people to take advantage of because of the interaction with the income tax system and the lack of experts to help them navigate the system.

Meanwhile, the Supreme Court is shedding some health-related cases, as the Biden administration begins to reverse some of the Trump administration’s actions. The justices have already canceled planned oral arguments on a case challenging the prior approval of work requirements for some adult Medicaid recipients and soon are expected to drop a case on rules that effectively bar Planned Parenthood from participation in the federal family planning program.

Rachana Pradhan: The Indianapolis Star’s “Careless: Indiana Received Billions in Medicaid Cash. So Why Are Its Nursing Homes Among the Worst in the Nation?” by Tim Evans, Emily Hopkins, and Tony Cook