Can’t see the audio player? Click here to listen on SoundCloud. You can also listen on Spotify, Apple Podcasts, Stitcher, Pocket Casts or wherever you listen to podcasts. 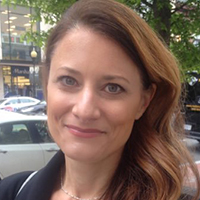 The resurgence of covid cases in the U.S. — largely attributable to the much more contagious delta variant — has given policymakers the jitters. The Biden administration is redoubling efforts to get people vaccinated, and even some Republicans who had been silent or skeptical of the vaccines are encouraging the unvaccinated to change their status.

Meanwhile, it’s not just covid that’s shortening U.S. life expectancy. Nearly 100,000 people died of drug overdoses in 2020, according to the Centers for Disease Control and Prevention. This week a multibillion-dollar settlement among states, drugmakers and distributors could funnel funding to fight the opioid scourge.

This week’s panelists are Julie Rovner of KHN, Stephanie Armour of The Wall Street Journal, Alice Miranda Ollstein of Politico and Tami Luhby of CNN.

KHN’s ‘What the Health?’: Delta Changes the Covid Conversation