Russia’s attacks on Ukraine took the headlines for President Joe Biden’s first official State of the Union address, but Biden made a point to highlight several of the administration’s high-priority health issues, including covid, mental health, nursing home regulation, and ailments among military personnel from toxic burn pits.

Also this week, the Biden administration unveiled a program aimed at getting the country better prepared should another covid surge take place. Congress is also starting work on pandemic preparation legislation, although some lawmakers might be reluctant to spend still more money on the effort. 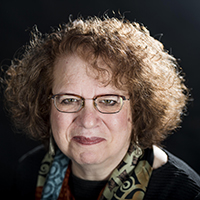 This week’s panelists are Julie Rovner of KHN, Alice Miranda Ollstein of Politico, Amy Goldstein of The Washington Post, and Sarah Karlin-Smith of the Pink Sheet.

Julie Rovner: The Wall Street Journal’s “Why Is Everyone Standing So Close? Personal-Space Boundaries Shifted During the Pandemic,” by Alex Janin

The Washington Post’s “Most Americans Say the Coronavirus Is Not Yet Under Control and Support Restrictions to Try to Manage It, Post-ABC Poll Finds,” by Amy Goldstein and Emily Guskin

The New York Times’ “Abortion Pills Now Account for More Than Half of U.S. Abortions,” by Pam Belluck

KHN’s ‘What the Health?’: A Health-Heavy State of the Union