Within a few weeks, perhaps before many Americans finish decorating for the holidays, the U.S. could have access to a new antiviral pill from Merck expected to alter the deadly trajectory of the covid-19 pandemic — with a second option from Pfizer to follow shortly after.

This story also ran on NBC News. It can be republished for free.

Now under federal review, both pills are being hailed by infectious-disease doctors not prone to superlatives.

“This is truly a game changer,” said Dr. Daniel Griffin, an expert on infectious diseases and immunology at Columbia University. “This is up there with vaccines. It’s not a substitute for vaccines; we still want to get people vaccinated. But, boy, this is just another great tool to have.”

The new regimens, which require 30 or 40 pills to be taken over five days, have been shown to dramatically reduce hospitalizations and prevent deaths in adults with mild to moderate covid who are at risk for severe disease because of age or underlying conditions. But experts say the success of the treatments would hinge on one uncertain factor: whether high-risk patients infected with covid will be able to get tested — and then treated — fast enough to make a difference.

“Early, accessible testing and access to the results in a time frame that allows us to make a decision is really going to be key to these medications,” said Dr. Erica Johnson, who chairs the Infectious Disease Board of the American Board of Internal Medicine. “It puts the onus on our public health strategy to make these available.”

In clinical trials, molnupiravir, the antiviral drug developed by Merck & Co. and Ridgeback Biotherapeutics, was given to non-hospitalized, unvaccinated, high-risk adult patients within five days of their first covid symptoms. Pfizer’s product, Paxlovid, was tested in similar patients as early as three days — just 72 hours — after symptoms emerged.

Results from the Merck trial, released last month, showed the drug reduced the risk of hospitalizations by about 50% and prevented deaths entirely. It will be considered by an advisory panel to the federal Food and Drug Administration on Nov. 30. Pfizer officials, who requested FDA emergency authorization for their drug on Nov. 16, said Paxlovid cut the risk of hospitalizations and deaths by 89%. Both drugs work by hampering the way the covid virus reproduces, though they do so at different points in the process.

But those promising results assume the drugs can be administered in the narrow window of time used in the trials, a proven challenge when getting antiviral treatments to actual patients. Similar drugs can prevent dire outcomes from influenza if given early, but research shows that only about 40% of high-risk patients during five recent flu seasons sought medical care within three days of falling ill.

“That’s just not human nature,” said Kelly Wroblewski, director of infectious disease programs for the Association of Public Health Laboratories. “If you have a sniffle, you wait to see if it gets worse.”

Even when patients do seek early care, access to covid testing has been wildly variable since the start of the pandemic. U.S. testing capacity continues to be plagued by a host of problems, including supply-chain bottlenecks, staffing shortages, intermittent spikes in demand and results that can take hours — or far longer.

PCR, or polymerase chain reaction tests, the gold standard to detect SARS-CoV-2, can require scheduled appointments at medical offices or urgent care centers, and patients often wait days to learn the results. Rapid antigen tests are faster but less accurate, and some medical providers are hesitant to rely on them. Over-the-counter tests that can be used at home provide results quickly but are hard to find in stores and remain expensive. And it’s not yet clear how those results would be confirmed and whether they would be accepted as a reason for treatment. 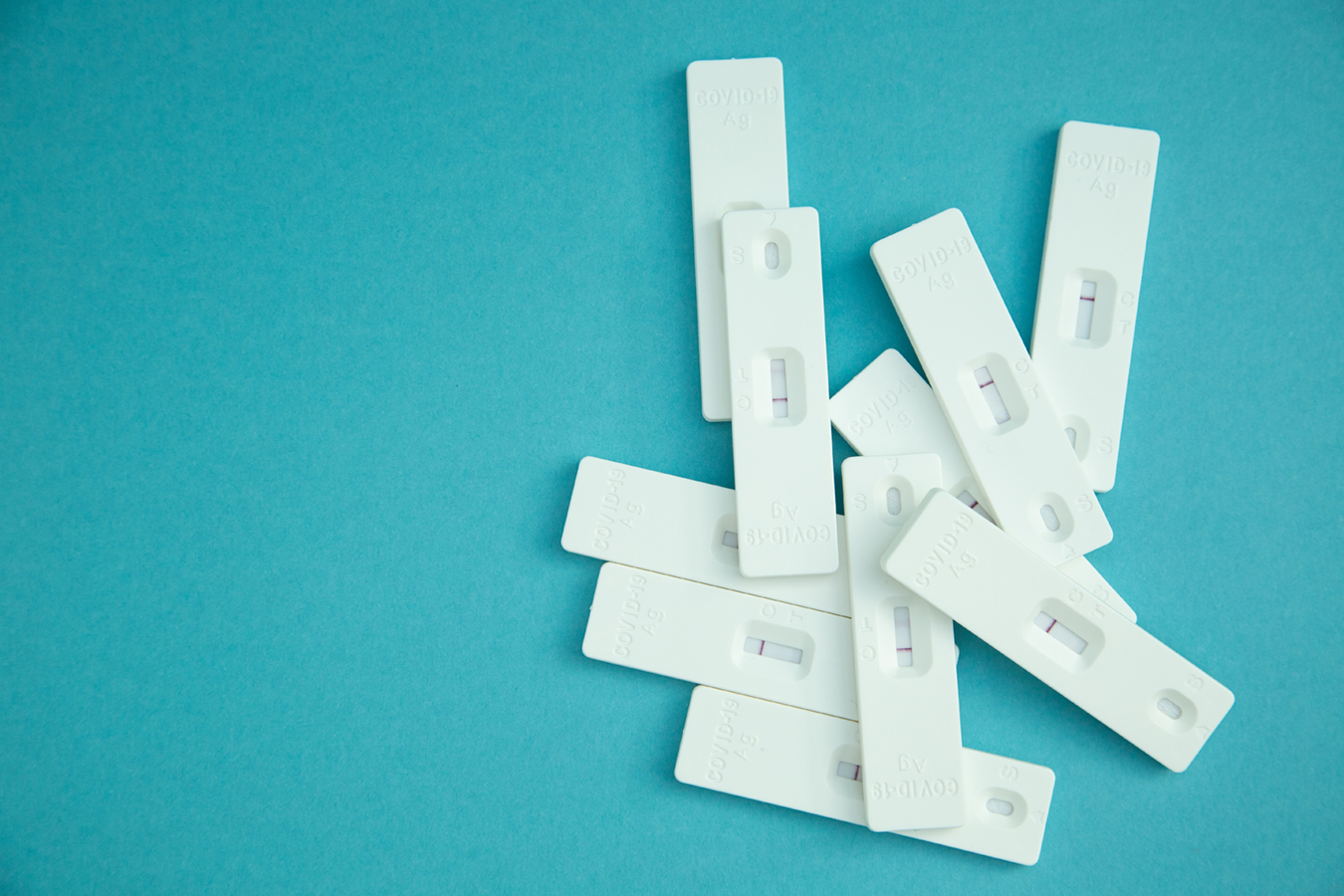 You probably won’t be testing everyone at your Thanksgiving table for covid because the tests are expensive and hard to find. Why? The federal government is partly to blame.

“Get ready,” Griffin said. “You don’t want to call someone four days later to say, ‘Ooh, you’re now outside the window,’ and the efficacy of this oral medication has been lost because of problems on our end with getting those results.”

The situation is expected to improve after a Biden administration push to invest $3 billion in rapid testing, including $650 million to ramp up manufacturing capacity for rapid tests. But it could be months before the change is apparent.

If getting tests will be tough, acquiring doses of the antiviral drugs is expected to be tougher, at least at first. The federal government has agreed to purchase about 3.1 million courses of molnupiravir for $2.2 billion, which works out to about $700 per course of treatment. The Biden administration is planning to announce a deal to pay $5 billion for 10 million courses of the Pfizer drug, paying about $500 per treatment course, according to The Washington Post.

Doses of the drugs distributed by the federal government would go to states and patients at no cost. But only a fraction of the planned inventory will be available to start, said Dr. Lisa Piercey, Tennessee’s health commissioner, who has been part of a small group of state health officials working on the distribution plans.

Under one scenario, in which 100,000 courses of the Merck drug are available as early as Dec. 6, Piercey said Tennessee would receive just 2,000 patient courses even as the state is reporting more than 1,200 new cases a week on average. Deciding which sick patients receive those scarce supplies will be “an educated stab in the dark,” Piercey said.

U.S. Department of Health and Human Services officials have said the antiviral treatments will be distributed through the same state-based system adopted for monoclonal antibody treatments. The lab-made molecules, delivered via IV infusion or injection, mimic human antibodies that fight the covid virus and reduce the risk of severe disease and death. Federal officials took over distribution in September, after a covid surge in Southern states with low vaccination rates led to a run on national supplies. They’re now allotted to states based on the number of recent covid cases and hospitalizations and past use.

The antivirals will be cheaper than the monoclonal antibody treatments, which cost the government about $1,250 per dose and can carry infusion fees that leave patients with hundreds of dollars in copays. The pills are much easier to use, and pharmacies likely will be allowed to order and dispense them for home use.

Questions remain about the long-term safety of the drugs in some populations. Merck’s molnupiravir works by causing mutations that prevent the virus from reproducing. The Pfizer treatment, which includes Paxlovid and a low dose of ritonavir, an HIV antiretroviral, may cause interactions with other drugs or even over-the-counter supplements, Webb said.

Consequently, the antivirals likely won’t be used in children, people with kidney or liver disease, or pregnant people. They’ll need to be administered to patients capable of taking multiple pills at once, a couple of times a day, and those patients should be monitored to make sure they complete the therapy.

“We’ll be on an interesting tightrope in which we’ll be trying to identify eligible patients early on to treat them with antivirals,” Webb said. “We’re just going to need to be nimble and ready to pivot.”