Noelle says not to be fooled by the graceful movements on stage − ballet is a full-contact sport.

“As beautiful as the art form of ballet is, it’s extremely demanding on the body,” said Noelle, a principal dancer with the Los Angeles ballet. “It works every single muscle and fiber.” 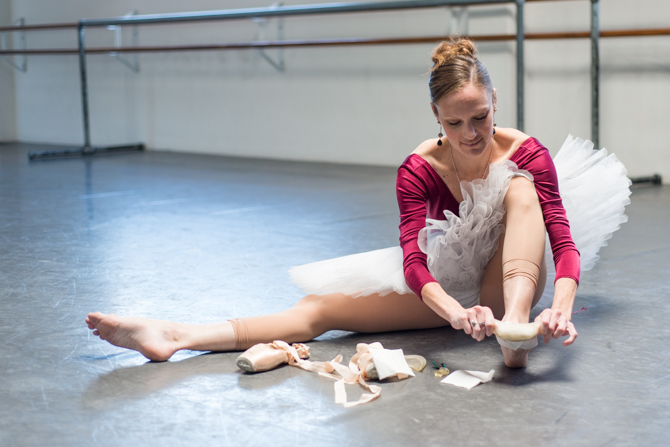 The annual injury rates at ballet companies run between 67 and 95 percent, according to a study by the American Journal of Sports Medicine.  But ballerinas and their male counterparts often dance through the pain.

“You’re kind of raised with the idea that you’re stronger than any pain you feel,” said Noelle, who once danced with a 103-degree fever that led to her hospitalization with pneumonia.

Despite her tough-it-out training, she’d prefer to have insurance. So by the time the Affordable Care Act took effect, allowing her ballet company to buy a plan, Noelle was eager to sign up.

‘All I’ve Ever Wanted To Do’

At just 15, Noelle became a professional dancer, working her way up to a coveted spot with big city ballet companies. “It’s all I’ve ever wanted to do,” she said.

But her luck turned in 2009 when her Lisfranc ligament – in her mid-foot – tore during a performance in Miami.  She kept dancing. “I don’t really remember it happening, I think it was the adrenaline,” recalled Noelle. 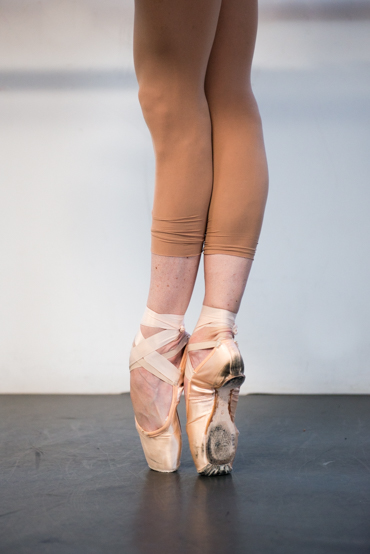 Ballerina Allynne Noelle snapped her lisfran ligament during a performance, but said adrenaline masked the pain. Doctors replaced scar tissue in her right foot with an artificial ligament (Photo by Heidi de Marco/KHN.

She didn’t realize how badly hurt she was until she became unable to perform with the National Ballet of Canada the following year.  At 28, Noelle found herself back in California — off stage and without a contract.

Doctors replaced scar tissue in her right foot with an artificial ligament. Her surgery and rehabilitation were covered by workers’ compensation. But other than that, Noelle had no health coverage and felt buying an individual health plan was out of the question.

“Ballet dancers do not make a fortune for a living,” said Noelle, who says she now earns less than $40,000 a year.  “It’s definitely a labor of love for us.”

By 2011, Noelle was back on stage with the Los Angeles Ballet.  The company didn’t offer coverage at the time, so she went uninsured for almost four years.

She went to Planned Parenthood for preventive care, such as general check-ups or to get a Z-Pak, a common antibiotic, when she got sick. “It was a bit of a struggle,” she said.  “Prescriptions are extremely expensive when you don’t have insurance.”

Between rent, a car payment, and everyday bills, the Santa Monica resident said it was a “complete impossibility” to buy health insurance.

“Every dance company should make health insurance a priority for their dancers,” said Noelle, her hair up in a bun, dressed elegantly in a flesh-toned leotard, a crimson top and a plain white tutu.

Not Platinum Program But ‘It’s A Start’

Julie Whittaker, executive director of the Los Angeles Ballet, was sympathetic to her dancers’ health concerns.

A native of Canada, Whittaker grew up with government-funded health care.  Having to pay for care was the biggest adjustment she had to make, psychologically and financially, after moving to the U.S. 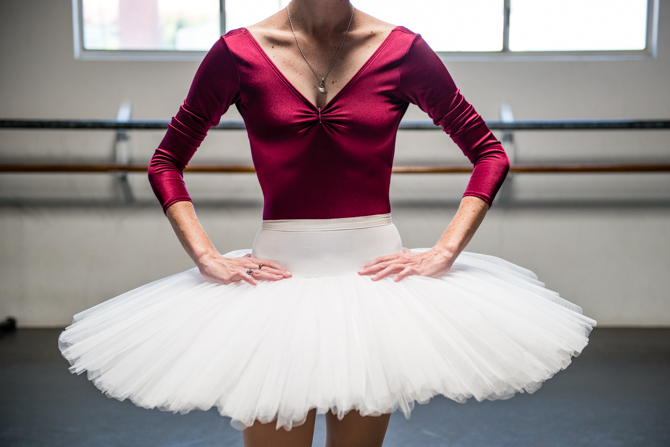 Principal ballerina Allynne Noelle has had two broken ribs. One partner squeezed her rib too hard and it broke in the middle of a lift. The second rib gave out with the nature of a dance movement (Photo by Heidi de Marco/KHN).

“We’ve always wanted to look after our dancers,” she said. “It was just not something we could afford, until the ACA came along.”

Whittaker said group insurance may be less expensive under SHOP. “Plus, it’s much less complicated and time consuming than applying for quotes from separate companies,” she said.

The ballet company purchased a plan with a $6,000 monthly premium for 35 dancers and 8 staff members.

“We certainly don’t have the platinum program,” Whittaker said. “We have the bronze,” the least expensive type of plan. “But it’s a start.”

The plan covers primary and preventive care at no cost to the employees. It offers them a choice between Blue Shield and Kaiser Permanente. 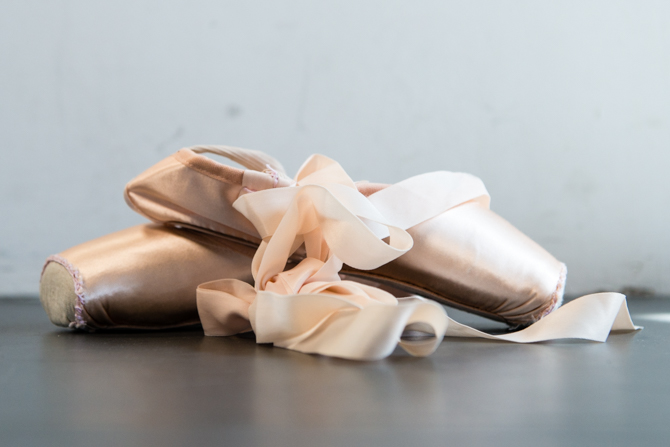 Ballet shoes have a hard base made of layers of paper, leather, or burlap. Allynne Noelle said ballerinas often suffer from achilles tendinitis and ankle sprains. “It’s not uncommon to hear a snap,” she said (Photo by Heidi de Marco/KHN).

Noelle chose Blue Shield, and although she feels the $5,000 deductible is “extremely high” for her, she’s relieved.

“This new coverage is a peace of mind,” she said. “It will save me from drowning in medical bills.”

She still thinks the plan is lacking some fundamental services for dancers, including sports psychology. “There’s a lot of pressure to perform consistently, at a super human level,” she said.

Noelle has yet to use her plan, but said she will absolutely take advantage of it.

“Our entire career is our body,” she said.