No matter who wins the election on Nov. 6, official Washington will have to deal with something called the “fiscal cliff” before the end of the year. 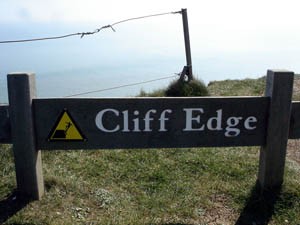 What’s coming is a perfect storm of expiring tax cuts, scheduled budget cuts, and various other spending changes scheduled to take place Jan. 1 unless Congress and President Obama (who, no matter what, will still be president until next Jan. 20) agree on a way to avert them.

As two of the largest spending items in the federal budget, the Medicare and Medicaid health programs are expected to play a role in how the deal gets done. Under the provisions of the law that created the budget deal Congress will attempt to undo, Medicare is subject to a two percent cut in provider payments, while Medicaid is exempt.

But two new studies and a proposed class action lawsuit settlement suggest a lot of dollar signs could change as lawmakers start to think about how to address the impending mess.

The first, the proposed settlement in a long-running dispute between advocates for Medicare patients and the federal government, is actually likely to increase Medicare spending, although how much remains unclear.

The suit was brought by the Center for Medicare Advocacy on behalf of a class of patients with chronic conditions who had been denied Medicare coverage for home care, nursing home care or other services on the grounds that the patients’ conditions were not expected to “improve” with care.

The settlement, assuming it is approved by the judge in the case, means that “the Medicare Benefit Policy Manual Will be revised to correct any suggestion that continued coverage is dependent on the beneficiary improving,” said the organization in a statement. The change is expected to affect as many as tens of thousands of beneficiaries with conditions ranging from multiple sclerosis to Parkinson’s to diabetes, arthritis, and heart disease.

But while it will boost spending for Medicare by preventing many of those patients from spending themselves into poverty, it could well end up saving money for Medicaid, which is jointly financed by the federal government and the states.

And a new survey from the Kaiser Family Foundation finds that after one of the fastest growing years for that program, Medicaid spending growth slowed dramatically in 2012.

Total state Medicaid spending grew by an average of two percent in fiscal 2012, “among the lowest rates of growth ever recorded,” according to the study. By contrast, spending in fiscal 2011 rose by 9.7 percent.

Part of the slowdown was due to a recovering economy, which made fewer additional people eligible for the program, the survey found. Part was also due to states imposing their own cost controls on the program, in part stemming from the end of additional temporary federal funding that came as part of the 2009 stimulus law.

And that spending could go down more – a lot more – if Mitt Romney is elected and implements his plan for Medicaid, according to yet another study out this week.

This one, commissioned by the Kaiser Family Foundation and done by researchers for the Urban Institute, looked at the potential impact of implementing the plan approved by the Republican-led House. That’s similar to the one Romney is proposing.

The study found that the combination of repealing the Affordable Care Act (which calls for a major expansion of Medicaid) and limiting federal payments for Medicaid could together reduce federal Medicaid spending by $1.7 trillion from 2013 to 2022. That represents a 38 percent cut in federal funding for the program.