Skip to content
This story also ran on CNN Money. This story can be republished for free (details).

MINNEAPOLIS — Sandy Dowland has been to the emergency room 10 times in the past year and was hospitalized during four of those visits. She has had a toe amputated and suffers from uncontrolled diabetes, high blood pressure, major depression, obesity and back pain.

But her health is not high on the 41-year-old woman’s priority list.

“I have a lot going on,” said the unemployed mother of five who lives in a homeless shelter. She said it’s a struggle just to get herself and children through each day.

Her health bills are covered by Medicaid, the state-federal health insurance program for the poor. That’s a relief for her, she said. But state officials say Medicaid is busting Minnesota’s budget, particularly with patients like Dowland and its system of paying hospitals for each admission, ER visit and outpatient test.

To ease that financial strain, Minnesota is at the forefront of a growing number of states testing a Medicaid payment system. It rewards hospitals and physician groups holding down costs by keeping enrollees healthy.

Under this arrangement, those health care providers are asked to do more than just treat medical issues such as diabetes and heart disease. They are called on to address the underlying social issues — such as homelessness, lack of transportation and poor nutrition — that can cause and exacerbate health problems.

It’s why North Memorial arranged for a community health worker and paramedic to meet Dowland on a recent weekday at a day care center for homeless families. They advised her on how to take her insulin, prodded her to use a patch to quit smoking and helped her apply for Social Security disability payments and food stamps.

“This is nice to have someone who I can talk to about everything in my life and give me access to the community resources I need,” said Dowland, who added that she puts off her own health needs in order to care for her children and look for housing and a job. “I appreciate the help because, at the clinic, the doctor doesn’t have time for this.”

North Memorial is among 21 health systems in Minnesota participating in this new model of care, called accountable care organizations. ACOs get to share in money they save Medicaid by keeping spending under a budget and by reaching quality targets, such as averting hospital-acquired infections and controlling patients’ blood pressure and asthma.

The shift toward ACOs is occurring with Medicare and employer-sponsored insurance, too. But for Medicaid programs, it presents unique challenges. Medicaid enrollees, by definition, are low-income. Many have little experience navigating health systems and large numbers are homeless or dealing with mental health problems, conditions that can lead to difficulties in encouraging healthy behaviors.

“The goal [of ACOs] is really exciting to make health systems more responsive to what people need to be healthy,” said Ann Hwang, director of the center for consumer engagement and health innovation at Community Catalyst, a Boston-based consumer advocacy group. “But the jury is still out as to whether they are really moving the needle in addressing social services such as transportation, housing and food insecurity — the things we know affect people’s ability to be healthy.”

Nationwide, a dozen states are experimenting with Medicaid ACOs and 10 more are making plans for them.

About half of Minnesota’s 1 million Medicaid recipients are in ACOs, which officials said saved the state $213 million since 2013. Hospitals and doctors received $70 million of that.

In addition to North Memorial, other participating health systems include the Mayo Clinic and Hennepin Healthcare, the state’s largest safety-net provider based in Minneapolis.

‘Going To Where The Patient Is’

For giant health systems that for years have competed by adding the latest technology or building sleek facilities, the ACOs are a huge shift. In effect, the ACOs push hospitals to address patients’ problems before they end up in the ER or operating rooms.

“We are learning to have to do a better job of going to where the patient is … as we now realize we are responsible for the patient when they are engaged with us and when they are not here,” said Robert Stroebel, who helps leads the ACO effort at Mayo Clinic.

So far, the model isn’t proving to be a panacea.

In six states using ACOs, a March federal study in found, Medicaid enrollees received more primary care services — such as doctor visits — but the program did not reduce hospital visits in most states or lower costs.

“Changing provider and beneficiary behavior may take more time than the few years this report covers,” concluded the study.

Minnesota’s experience demonstrates the challenges of changing to a new Medicaid payment system. In 2016, the latest year for which data are available, only six of the 16 ACOs were eligible to share in cost savings.

But Marie Zimmerman, Minnesota’s Medicaid director, noted the state’s program has seen a 7 percent cut in ER visits and a 14 percent reduction in hospital stays in areas where health providers participate in an ACO.

“Medicaid is 20 percent of Minnesota’s population, and we have to care about getting the best deal and the long-term fiscal ability of the program and not cutting eligibility and provider rates and benefits to show sustainability,” she said. 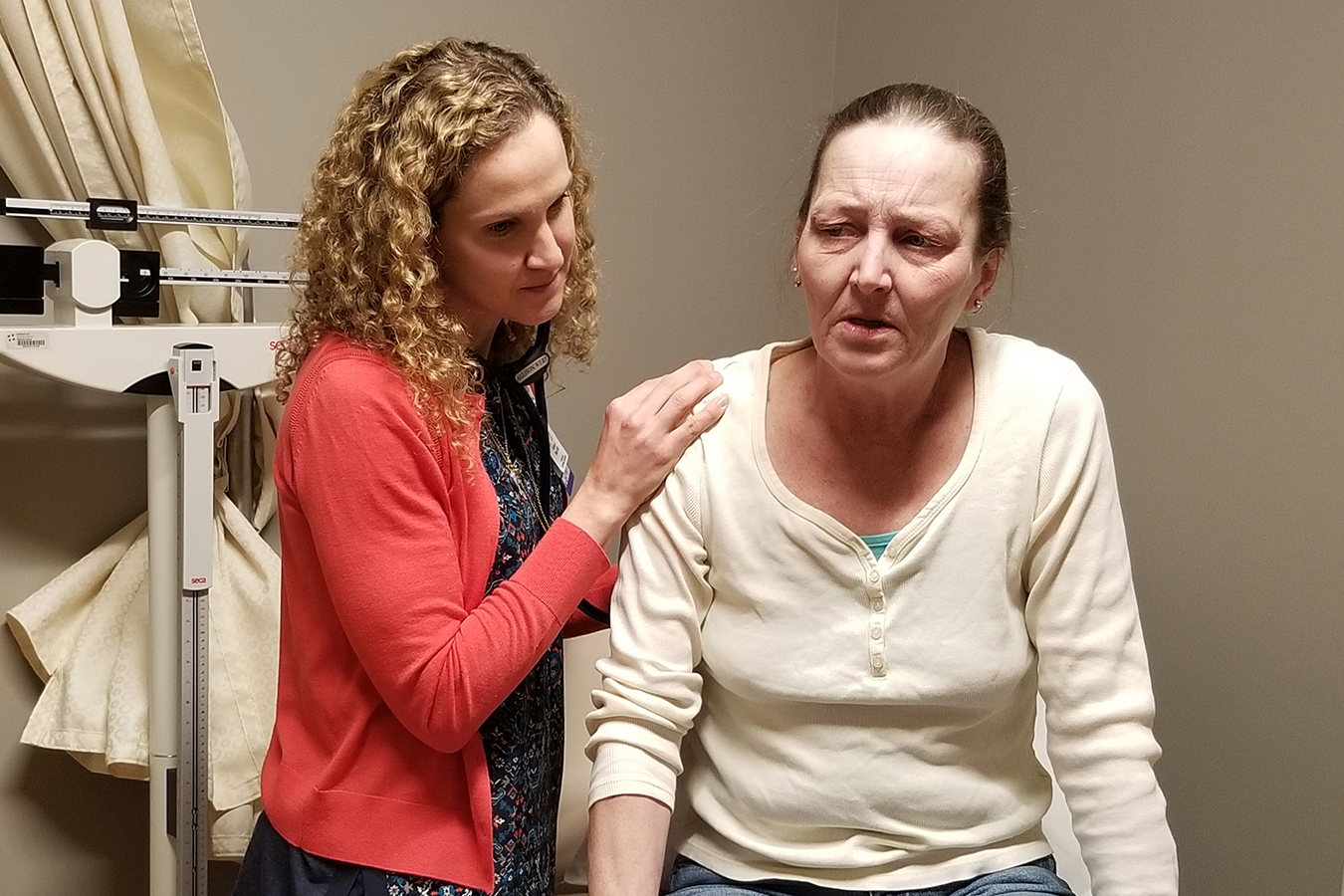 The switch to ACOs accelerated efforts by hospitals and physician groups to attack so-called social determinants of health, such as the lack of stable housing and poor nutrition. But providers still struggle to change patients’ behaviors, particularly helping those with addiction and mental health problems, according to interviews with officials at several ACOs.

Doctors, nurses and social workers at Hennepin dealt with that head-on during a recent routine review of their patients. When they came to a 58-year old man suffering from alcoholism, anxiety and heart problems and living in a homeless shelter, they noted how they couldn’t get him into a primary care clinic and saw him only during frequent hospital admissions.

“Best we can hope for him is if we can facilitate a safe ending,” said Dr. Rachel Silva, a Hennepin internist, acknowledging that despite their best intentions, health providers likely would not be able to prevent his early death.

Even with teams of nurses, social workers and community health workers, Hennepin officials say they struggle to keep up with many Medicaid enrollees who have addiction problems, and many patients still go to the ER out of habit or convenience rather than the organization’s primary care clinics, which are as close as across the street.

Yet, there are success stories, too. The Mayo Clinic has started a community health worker program to help at-risk patients connect to social services such as housing and transportation.

Nancy Zein, 47, a Medicaid recipient who uses the Mayo Clinic, said having weekly meetings with community health worker Tara Nelson has been life-changing for her and her mother, who is also on Medicaid.

“She’s been a godsend,” said Zein, who noted how Nelson helped her get Social Security disability payments and her mom find affordable housing for disabled adults, as well as get both enrolled for food stamps.

“It’s made such an impact on our health,” Zein said. “My mom has depression issues, and with Tara helping us with housing, it helped her depression.”

With the opportunity to share in financial savings, North Memorial has hired additional community paramedics to visit high-risk patients. Mayo Clinic has added community health workers to help patients find housing and transportation and nurses to make home visits to patients after leaving the hospital. Hennepin set up special clinics for the most challenging Medicaid patients and sends doctors to care for patients in homeless centers, jails and the county’s mental health center — to reach people who may need help even before they are likely to end up in their ER and on Medicaid.

Nearly 20 percent of Hennepin’s adult Medicaid ACO members are homeless. In the past four years, social workers and other staff have helped more than 500 of their Medicaid patients — including in the ACO — get into public housing.

The ACO model has raised concerns among managed-care companies that Minnesota and other states have used for decades to control Medicaid spending. Those companies get a monthly fee from Medicaid for each enrollee and often require those patients to seek care with doctors and hospitals that have contracts with the managed-care firm. The companies profit if they spend less on care than they receive in the state allotment.

“We are aligned with the goals … to explore innovation and provide better delivery of care,” said Scott Keefer, vice president of Minnesota Blue Cross and Blue Shield of Minnesota, which has 300,000 Medicaid members. But, he added, much of the ACO savings cited by state officials are dollars taken from managed-care company profits.

His health plan lost more than $200 million from Medicaid operations during the past two years, partly because it had to pay part of its state funding to ACOs.

“We are not magically saving money. … We are moving the financial deck chairs around,” he said.