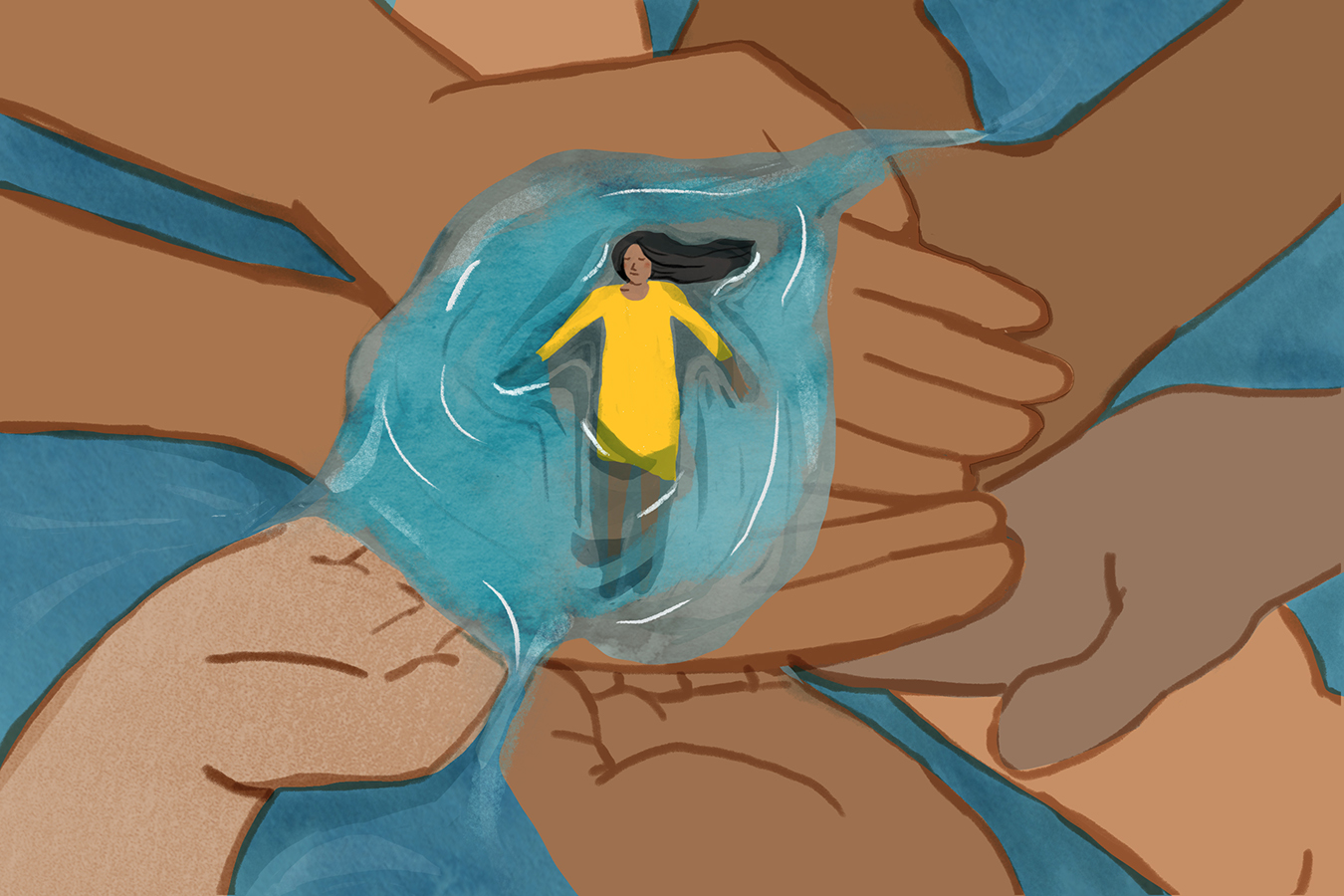 This story also ran on The Texas Tribune. This story can be republished for free (details).

The young man held the medication in his hand — and considered using it to end his life.

But then he “put it down and said, ‘No. I need help,’” before heading to a Laredo, Texas, emergency room, said Kimberly Gallegos, who at the time earlier this year was a mobile crisis worker for a local mental health center.

Gallegos was helping evaluate whether the patient, a Latino in his early 30s, should be immediately hospitalized or could go home safely until seeing an outpatient doctor.

He returned to the home he shares with his mother and a sibling. The family agreed to lock up the medication — which belonged to a family member — and watch out for any problematic behaviors and other warning signs of suicide, Gallegos recalled.

The man’s experience illustrates a “suicide paradox,” experts say. Even though Latinos face economic disadvantages and other stress in their lives, their suicide rate is about one-third that of non-Hispanic whites, both in Texas and nationally.

Experts attribute the relatively low suicide rate among Latinos to the culture’s strong family and community support systems, which appear to provide some degree of protection.

“It definitely did make me feel a lot more comfortable knowing that now that the family was aware of what he was going through and experiencing, that they would be a lot more vigilant with him,” Gallegos said.

Nationwide, suicides have increased nearly 30 percent since the turn of the century.

As a group, Latinos face obstacles that can affect their health and well-being: They earn less than non-Hispanic whites, and are more likely to lack health insurance coverage. In 2017, 16.1 percent of Hispanics were uninsured compared with 6.3 percent of non-Hispanic whites, hampering access to mental health care and other treatment. In addition, Latino immigrants contend with the challenges of moving to a new country, sometimes after leaving violence and other traumatic conditions at home.

But the practice of “colectivismo,” the building of a latticework of relationships through extended family, work colleagues and friends, is prevalent in the Latino community and can help provide an emotional safety net, said Luis Garcia, who has developed suicide prevention programs for Latino youth in California. Even activities such as regular church picnics or salsa dancing can help, said Garcia, vice president of cultural diversity at Arcadia, Calif.-based Pacific Clinics.

“Latinos or Hispanics have a preference to work in groups,” Garcia said. “It’s something that, believe me, we practice on a daily basis.”

Ties That Bind — And Fray

To be sure, Latinos are a multifaceted population from numerous countries who shouldn’t be viewed through a single lens or set of assumptions, Garcia and other researchers stressed. And not all family or community relationships are necessarily healthy.

Still, when immigrant families assimilate and ties to the Latino culture fray, so do the protective effects, according to a study published in 2014 in the Journal of Clinical Psychiatry. Researchers, who analyzed suicidal thoughts and attempts, found that those inclinations increased as Latinos spent more years in the U.S. and started losing their fluency in Spanish and connections to Latino social networks and identity.

In addition, Latino youth appear more vulnerable to suicide attempts than white teens. In 2017, 8.2 percent of Hispanic high school students attempted suicide in the prior year compared with 6.1 percent of whites and 9.8 percent of blacks, according to federal data.

Still, the higher rate of teen suicide attempts has not resulted in a corresponding increase in suicide deaths among Latinos, for reasons that are unclear, said Luis Zayas, a professor at the University of Texas at Austin and author of the book “Latinas Attempting Suicide: When Cultures, Families and Daughters Collide.”

One possibility, Pacific Clinics’ Garcia said, is that the attempt is a teen’s cry for help and attention, and there may be an extended cultural support system to fall back on.

Sometimes, though, vulnerable individuals must be encouraged to lean on that support. Sarai, a 15-year-old Latina in Southern California who requested that her full name not be used, credits a mental health counselor at Pacific Clinics with helping her reach out to friends and family, rather than bottle up her feelings.

Sarai’s problems manifested when she began cutting herself. Her family did not notice because she wore long sleeves to cover the marks on her forearms.

“I thought every time I did it, that it would let out some of the frustration and anger and sadness that I had,” Sarai said.

One day, she found herself sitting on the kitchen floor, looking at the bleach in the sink cabinet and contemplating suicide. “I was just looking at the bottle of bleach and thinking, ‘This is it. I’m just going to do it.’ But then I heard my mom’s footsteps, and it totally snapped me out.”

Still, the experience scared Sarai enough that she told her family that she needed to talk to someone about her anxiety, and they sought professional help.

Sarai’s counselor persuaded her to share her feelings rather than to inflict pain on herself, the Latina teen said.

Over time, Sarai opened up to her older sister about her history of cutting, calling her up late one night when she was tempted to start again. “We talked ’til probably 3 in the morning,” Sarai recalled. The inclination to hurt herself “completely went away,” she said.

Cynthia Rodriguez, who has counseled Sarai for about a year and a half, said she encouraged the teen to not hide her emotional struggles and “to take advantage” of the support of close friends.

Sarai eventually told a few friends that she used to cut herself. “They became like my little second family,” she said.

While family and community support might partially explain the suicide paradox, it’s likely not the only factor. It may also be that some Latino suicides are misclassified, in part due to the stigma associated with it, said Ian Rockett, a professor emeritus of epidemiology at West Virginia University School of Public Health, and a longtime researcher on suicide.

Federal suicide data, which is based on death records, relies on information compiled by local medical examiners or coroners, family and others, Rockett said. It can be more difficult to sort out what happened with an opioid overdose or when a car careens into a tree, he said.

Back in Laredo, Gallegos learned that the young man who had contemplated suicide believed suicide was against his family’s religion and that he had brought shame upon his family even by harboring suicidal thoughts.

Once he realized his mother didn’t hold such beliefs, his tense posture began to ease, said Gallegos, who now works as a quality management adviser for the Laredo-based mental health center.

“He was a lot calmer,” Gallegos said. “He was grateful that his mom was there.”

Prefer to chat online? Go to the Lifeline’s homepage — https://suicidepreventionlifeline.org/ — and click on the “chat” button in the top right corner.