CHICAGO — The puffiness along Carol Ascher’s left leg seemed like normal swelling, probably from the high dose of chemotherapy Dr. Karl Bilimoria had injected the previous day. But it could have been a blood clot. He quickly ordered an ultrasound.

“We were just being abundantly cautious,” he said.

Such vigilance is a point of pride at Northwestern Memorial Hospital. But the hospital’s tests have identified so many infections and serious blood clots that the federal government is cutting the institution’s Medicare payments for a year, by about $1.6 million.

Nearly half of the nation’s academic medical centers are being punished similarly through one of the federal government’s sternest attempts to promote patient safety. Medicare is reducing a year’s worth of payments to 758 hospitals, including some of the most prestigious teaching hospitals in the country, with the highest rates of infections and other potentially avoidable complications, including blood clots after surgery, bed sores, hip fractures and sepsis.

The penalties, created by the federal Affordable Care Act, have incited a vehement debate about quality at many academic medical centers often revered for cutting-edge treatments and top specialists. Are these vaunted hospitals really more dangerous than local, unsung hospitals?

Or, as Northwestern and some other academic medical centers argue, are these hospitals being perversely penalized because they are so aggressive in screening patients for problems? At Northwestern, the penchant for ordering lab tests is so prevalent that physicians often refer to a “culture of culturing” that they credit for helping to keep the death rate there lower than at most hospitals.

Since 2008, Medicare has refused to reimburse hospitals for treating complications they created, but studies have found that the change has not resulted in substantial decreases in harm. Nationwide, infections and other avoidable hospital complications remain a threat to patients, occurring during 12 of every 100 stays, according to a federal estimate. Patients were hurt in some way more than four million times when hospitalized in 2014.

The new Medicare penalties, which reduce payments by 1 percent for a year, were begun in October 2014. Last December, Medicare announced its second round of penalized facilities, which include Stanford Hospital in California, the Cleveland Clinic, and Brigham and Women’s Hospital in Boston, which trains residents from Harvard Medical School. Intermountain Medical Center in Utah and Geisinger Medical Center in Pennsylvania, both of which President Obama has singled out for excellence, also are being penalized.

The average penalty is estimated at about $480,000, but most academic centers will lose more since they have higher revenues. Medicare says the punishments are effective and notes that teaching hospitals as a group are improving more rapidly than other hospitals. 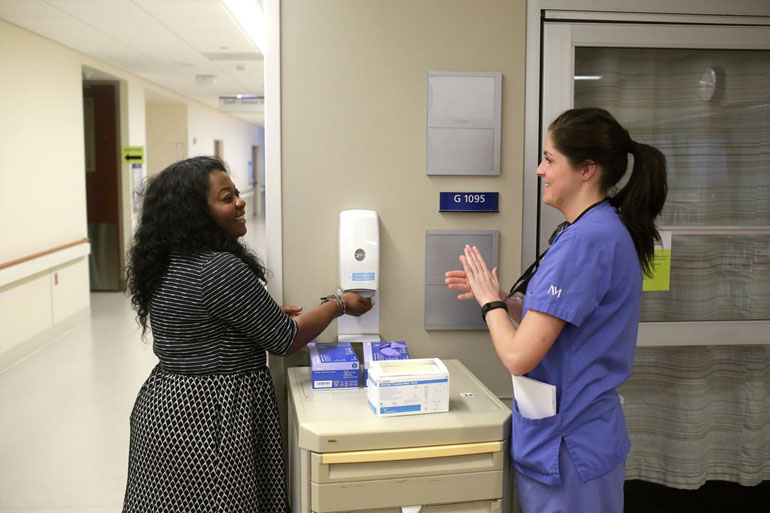 Dr. Kate Goodrich, Medicare’s quality director, said in a statement that the “scores and penalties show an improvement among large teaching hospitals” since the first year of the fines. In some areas, including catheter-associated infections, the rate of injuries at teaching hospitals decreased faster than at other hospitals, she said.

“It’s not only the magnitude of the penalty, but the publicity that comes out of being penalized,” said Dr. Kevin Kavanagh, a patient safety advocate from Kentucky.

Even hospitals that are improving can be disciplined because Congress required Medicare to fine a quarter of hospitals each year (excluding some special categories such as those serving veterans). Most teaching hospitals penalized this time, including Northwestern, were also fined the previous year.

Dr. Atul Grover, chief public policy officer at the Association of American Medical Colleges, said the fines hurt hospitals, such as academic centers, that have the sickest patients. Medicare is “punishing hospitals for taking on cases that nobody else wants,” he said.

If you don’t look for infections, you’re never going to find them.

The Centers for Disease Control and Prevention has been collecting infection reports from hospitals for decades to help experts identify problems and measure progress in combating dangerous germs. Kristen Metzger, an infection prevention specialist at Northwestern, said that since Medicare now uses the CDC reports in determining penalties, physicians sometimes get into disputes with her team about whether a case meets the criteria to be reported.

“Every week at our meetings it almost always turns into an argument” about what Northwestern is calling an infection, and whether the hospital is being too strict, Metzger said.

Federal officials are concerned that not all facilities may be diligently reporting infections. In October, the government informed hospitals that it had heard that some employees were discouraging tests that might identify one of the infections the CDC tracks. The government also said it had been told that in some places, employees unnecessarily tested patients upon admission to document infections they arrived with. While saying there was no evidence of widespread fraud, the government invited whistle-blowers to report misconduct.

Northwestern identifies an unusually high rate of infections around the sites of colon surgeries, about one in every 19 operations, according Medicare’s most recent public data. Its rates of blood clots after surgeries are also high. The hospital reports one urinary tract infection for every 260 days that patients in the intensive care unit had catheters in place — a rate that is still higher than at most hospitals even after taking into consideration the fact that teaching hospitals tend to have patients with more infections.

Medicare is scheduled to release updated infection rates later this month and the next year of penalties will begin in October.

The most reliable way to reduce urinary infections is to avoid using catheters or to take them out as soon as possible, infection experts say. Hospitals such as Brigham and Women’s, which says it loses about $2.6 million each year it is penalized, have given nurses authority to remove urinary catheters in specific situations without getting physician approval to limit their usage. Rob Bailey, a Northwestern nurse, said that was not possible for particularly ill patients.

One of his patients, comatose and obese, arrived with bed sores that would have been aggravated by movement. “I don’t think there’s anything we could have done differently,” Bailey said.

During the first three months the patient was at Northwestern, the hospital reported three infections in that patient to the CDC.

It’s not only the magnitude of the penalty, but the publicity that comes out of being penalized.

In some instances, Northwestern officials say, they have room for improvement. The hospital requires nursing supervisors and their teams to “audit” nurses at least 20 times each month by watching them as they insert and maintain catheters.

“Hand hygiene, as easy as it sounds, that takes a lot,” Andrea Stone, the nurse manager, said. “People get busy, and it’s a teaching hospital, and if you’re in a group and the doctor or the attending is talking with the entire team, people might not be as focused.”

Dr. Richard Wunderink, medical director of the intensive care unit, said Northwestern’s focus on the conditions that determine Medicare penalties has detracted from more prevalent medical challenges, such as how to reduce pneumonias in patients on ventilators, he said.

Not every expert believes teaching hospitals are inherently more meticulous in screening patients. “I see transfers from community hospitals, and they tend to do just as many cultures as we do,” said Dr. Jennifer Meddings, an assistant professor at the University of Michigan Medical School whose research focuses on infections.

Ascher, Bilimoria’s patient with the swollen leg, praised Northwestern for its thoroughness. She has had four surgeries for melanoma on her left leg. During her treatment, doctors inadvertently discovered a brain aneurysm, which she said “they found only because they were so thorough because of the testing they did on me.”

One of the cancer surgeries led to an infection, which Bilimoria said was not unusual for the rare procedure he performed, a type that usually takes place only at academic medical centers.

“It was caught soon enough that I didn’t have any real problems with it,” Ascher, 74, said. “As far as I’m concerned, I’m at the best hospital there is, and we have lots of hospitals to choose from in this city.”

At Teaching Hospitals, Aggressive Screening May Lead To Medicare Penalties