Executives at drug company Actavis knew they had to move fast to avoid a plunge in sales of their top-selling drug, Namenda, a treatment for Alzheimer’s disease, which would lose patent protection in July.

When that happened, generic knockoffs would flood the market and doctors and pharmacists could switch patients to the lower-cost equivalents. 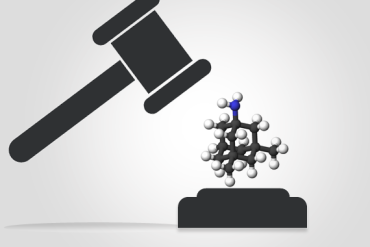 With $1.5 billion in annual sales at stake, Actavis took action: Late last year, it touted a new, extended-release version of the drug, called Namenda XR, which can be taken once a day and carries patent protection until 2029. Such a move is not unusual, but Actavis took the campaign a step further by limiting distribution of the original tablet to a single mail-order pharmacy and requiring doctors to submit a note stating the old drug was “medically necessary” for patients.

Those efforts are the focus of a closely watched antitrust lawsuit that pits the international drugmaker against New York’s attorney general, who says Actavis’ strategy was designed to force patients to switch to another drug and discourage them from moving to soon-to-be-released generics. The suit calls the strategy anticompetitive and illegal.

Actavis was trying to “squeeze every last dollar out of their Namenda franchise … with no concern about the effects … on highly vulnerable Alzheimer’s patients,” Attorney General Eric Schneiderman argued in court papers.

Brought by a regulator, rather than a rival drug company, the lawsuit signals growing activism by government “at a time when patients, physicians and payers are hyper-aware of rising drug costs,” wrote Fenwick & West attorney Michael Shuster in an article about the case.

New York won an injunction in December that blocked the firm from limiting access to Namenda, a ruling appealed by the drugmaker and now before the U.S. Court of Appeals for the Second Circuit. A decision could come as soon as next month and may help define how far drugmakers can go to protect brand-name profits from generic rivals when their patents expire.

Dublin-based Actavis, which bought Namenda-developer Forest Labs last summer, said it has not violated any laws. It describes its moves as a common-sense business decision to shift customers to what it describes as a better, more convenient product.

Actavis argues that the injunction benefits its generic rivals —and stymies future drug innovation —by forcing it to devote scarce resources to manufacturing and distributing a product that it wants to withdraw.

Efforts by drugmakers to bolster their market share in the face of generic competition are not new.

But two things stand about this case:  Although five drugmakers say they will bring generics to market in July, there are currently no alternatives to Namenda or Namenda XR, since no other Alzheimer’s drug works the same way. The drugs, which have the same active ingredient, slow the progression of symptoms in some patients, but are not a cure.

The other concern is the company’s effort to limit sales of its older drug before its patent expired. Patients who switched to the new drug were less likely to have their pharmacists or doctors substitute generics when those became available, critics say.

Jerry Avorn, a professor at Harvard Medical School and author of Powerful Medicines: The Benefits, Risks and Costs of Prescription Drugs, takes issue with the drugmaker’s effort to require patients who wanted to stay on the older drug to get a doctor’s note citing medical necessity.

“If there’s a legitimate concern about a drug, then doing [that] is understandable,” he said. “But it’s not OK to do it because a company wants to make it harder to get a more affordable drug.”

In press statements at the time, Actavis said it expected only about 3 percent of patients would get such a note to stay on the twice-a-day version.

In the U.S., drugmakers get years of patent protection for FDA-approved products.

But once their patents and exclusivity expire, generic equivalents approved by the FDA can compete —often driving down prices by 80 percent.

Generics are seen as the bright spot in efforts to slow spending on health care.  Because generics are lower-cost, most states have passed “substitution laws” allowing pharmacists to switch patients automatically to equivalent generics, unless a patient’s prescription forbids such a change. Insurers also push generic use by setting lower copayments for generics.

Many companies have tried to outrun or thwart generic competition, sometimes by finding ways to extend patents, such as by reformulating drugs as extended release, or changing from tablets to capsules.  In other cases, they have paid generic firms not to launch – a tactic called “pay-for-delay” that the Supreme Court recently ruled could violate antitrust laws in some cases.

“This industry is under a lot of scrutiny because the cost savings in the generic world are pretty high for the public,” said attorney David Rosen, head of the FDA practice at Foley & Lardner in Washington, D.C.

Aggressively marketing of replacement drugs is also common.  Nexium, for example, became one of the world’s top-selling drugs after AstraZeneca launched a hugely expensive campaign touting it as “the new purple pill” after the patent expired in 2001 on its profitable older version of the drug, Prilosec which was a similar shade.

“Soft switches,” which are marketing campaigns touting a new version of a drug, generally don’t result in successful antitrust claims. But “forced” or “hard” switches, where older versions of drugs are taken off the market or otherwise restricted before generics establish a foothold, have been more problematic.

One question posed in the New York case is whether Actavis’ actions constituted a “forced switch.”

Actavis argues that patients and their families could still choose the old drug. The company also argues it did not violate antitrust laws because limiting distribution of Namenda would not stop generic rivals from coming to market in July.

“Withdrawing an old drug to better promote the new one is common throughout industries and fosters incentives to innovate,” its brief says. The injunction to stop it “breaks dangerous new ground,” because no court before has “nullified a manufacturer’s valid patent rights and commandeered its factory to aid future competitors.”

Briefs supporting Actavis’ position were filed by some antitrust attorneys, economists and the pharmaceutical lobby.

Consumer groups, including AARP and Consumers Union, as well as some doctor groups and health insurers, have backed the New York attorney general’s position.

Actavis, by not relying mainly on a marketing campaign but trying to sharply limit production and distribution of Namenda before generics hit the market, “crossed a line between persuading and coercing individuals into taking the Namenda XR,” the retiree group AARP argues in an amicus brief.

For patients and their families, the decision about whether to take Namenda is already complex because the treatment only slows progress of symptoms and doesn’t work in many patients, said Cheryl Phillips, a medical doctor and senior vice president at the advocacy group, Leading Age.

For a company to restrict access to such a drug simply to stave off competition, after families have chosen to use it, adds an additional burden and “is not an appropriate medical approach,” she said.