With the 2012 election fast coming into focus, Congress is unlikely to alter seniors’ beloved Medicare in any fundamental way. But Congress can, and should, take small but important steps now to lower the cost of the program, says Robert Berenson, a physician, health policy researcher and former Medicare official. 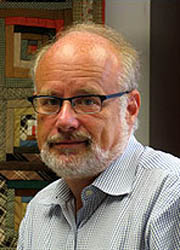 Medicare, which covers 47 million seniors and disabled people, has become a flashpoint in the current federal budget debate. And, while there is general agreement about the need to rein in Medicare spending, which consumed 15 percent of the federal budget in 2010, Democrats and Republicans are at odds over how much to cut, and how to do it.

Already, Republican proposals in the House-passed budget resolution have proven unpopular with seniors — a voting bloc that neither party wants to anger.

In a recent interview with KHN reporter Marilyn Werber Serafini, Berenson outlined several ideas for reducing Medicare spending that don’t involve full restructuring of the program but would, he says, help hold at bay the “dire projections” for Medicare’s future and buy enough time to figure out how to make accountable care organizations work. His list includes making Medicare more evidence-based in terms of the treatments it covers and determining whether some physician specialties could be paid less. Edited excerpts follow.

Q: Does lowering Medicare spending have to mean fewer benefits and larger costs for seniors and the disabled?

A: There’s plenty to do in Medicare that is not about rationing. It’s about identifying areas where the program is being abused and going after them. So that means looking at places that spend 10 times more than the average on home health care or hospice care. In some cases, the providers might be innocent, and in some cases, I’m sure it is fraudulent behavior. The Government Accountability Office has identified all kinds of opportunities in that area alone.

Q: Should physicians be paid less?

A: Some physicians in Medicare are paid $450,000. A lot of [them] would like to [earn] $500,000, so they are not happy to see payment cuts. But if we have a difficult budget problem, do we want to fundamentally change Medicare or do we want to identify some specialties that perhaps could get a little bit less?

Q: Should Congress be charged with making these decisions, as they do now?

A: A major problem is that every time you cut somebody’s spending or adopt a new approach to identify overspending, you get somebody who’s upset and we have not had a political system that can accommodate that. That’s why there is an independent commission or independent board in the law with the view that the Congress is not really able to support those kinds of decisions on its own.

Q: You have said that Medicare spends too much on some services that utilize new technology. Are cutbacks merited?

A: Medicare approves coverage of new technology and pays for it often without any evidence that the new technology is helpful to anybody [or] is better than what already exists. And yet [treatments] frequently — largely politically driven — get approved into the program. Not everybody should get a $50,000 cardiac defibrillator. It has specific clinical indications for people who would actually benefit from it. There’s a recent article in the Journal of the American Medical Association showing that, about 20 percent of the time, beneficiaries and patients are getting those defibrillators who don’t benefit from them. Medicare doesn’t have the staff to identify those instances. I know that there’s a lot of concern about interfering with doctors’ decision-making, but if it’s done right, having some requirements that [doctors] follow evidence in treating patients would actually help patients. But right now the Congress doesn’t permit Medicare to do much about it all.

Q: The health law encourages the adoption of accountable care organizations, a health care model which would offer financial incentives for doctors, hospitals and other medical providers to better coordinate care. Are they the solution to keeping costs down?

A: We need 10 years to figure out how to make these things work. In the meantime, we’ve got these other areas. There is plenty of low hanging fruit that can buy us five to 10 years. If we were able to reduce by 1 percent the growth rate of Medicare spending, all of the dire projections of Medicare eating up the entire budget would have to be redone.

We could go after the fraud, identify services that aren’t benefiting patients and not pay for those, or pay a lower rate, and [also] work on the accountable care organizations, which is a long-term reform. There are still a lot of design issues, and ultimately it means a change in the business model and the culture of an organization. That takes longer than a couple of years to accomplish.