HealthGrades is out with its latest list of America’s best hospitals, and the collection is notable for the heavy presence of community hospitals and the omission of many of the medical centers with national reputation. 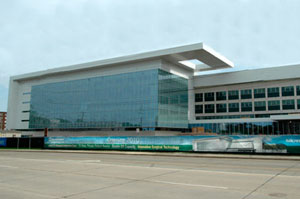 Hillcrest Hospital in Mayfield Heights, Ohio, is one hospital that beat better-known hospitals on a new list of the best performing hospitals. (Photo by Dan Tamarkin via Wikimedia Commons)

The Johns Hopkins Hospital in Baltimore, the Mayo Clinic in Rochester, Minn., the Cleveland Clinic and Stanford Hospital in Palo Alto, Calif., are just some of the prestigious academic medical centers that didn’t make HealthGrades’ cut. Some of the hospitals identified as the best in those regions aren’t ones you often hear about if you don’t live nearby: Good Samaritan Hospital in Baltimore, North Memorial in Robbinsdale, Minn., Hillcrest Hospital in Mayfield Heights, Ohio, and Sequoia Hospital in Redwood City, Calif.

The HealthGrades compendium isn’t an anomaly. The most recent list of best performing hospitals put out by the Joint Commission, which accredits hospitals, also omitted many of the names synonymous with great medical care — the places that often show up at the top of the U.S. News and World Report list of top hospitals.

Why the difference? Because HealthGrades and the Joint Commission disregarded reputation and focused on data about how the hospitals’ performed according to analyses of Medicare data. “We’re looking strictly at clinical outcomes and the very common procedures and diagnoses, things like bypass surgery and heart attacks,” said Kristen Reed, vice president of hospital ratings at HealthGrades, which is one of the biggest companies that tries to evaluate hospitals for consumers. “It’s your community hospitals that are better for your common, everyday needs.”

The methods that HealthGrades and the Joint Commission are using matter because they reflect who are likely to be financial winners as the government changes the way it pays hospitals. Starting in October, the Centers for Medicare & Medicaid Services is going to begin altering payments to hospitals based on their analysis of quality, with places that do better getting more money. Some of these initial measures, reported on Medicare’s Hospital Compare website, show that community hospitals often outperform high-flying academic medical centers. Teaching hospitals are protesting how Medicare ranks their performances and questioning Medicare’s methods.

Best Hospitals In New Analysis Are Not The Most Renowned