“Repeal and replace” has been the rallying cry for Republicans since the Affordable Care Act was signed into law in 2010. But now that most of the law’s provisions have taken effect, some health experts are pitching ways to improve it, rather than eliminate it.

An ideologically diverse panel at the National Health Policy Conference Monday presented somewhat different lists of ideas to make the law work better. But they all agreed on one thing: The Affordable Care Act is too complicated. 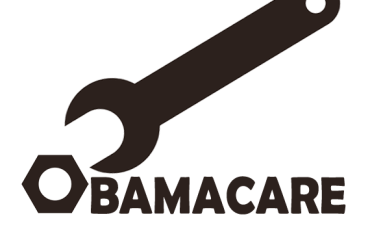 “We took the most complex health care system on God’s green earth, and made it 10 times more complex,” said Jon Kingsdale, the first head of the Massachusetts health exchange created under that state’s forerunner to the ACA.

Kingsdale, now a health policy consultant, said many of the problems with implementation of the law over the past year and a half were not due to incompetence on the part of those doing the work, but rather that “implementing the ACA has been an impossible job.”

Several panelists pointed out that the way financial aid for those with moderate incomes is determined is bound to fail because it is based on looking at tax returns that are more than a year old.

“People have to estimate their income in advance,” said Judith Solomon of the liberal Center on Budget and Policy Priorities. “And they have to know who will be in their household,” she said. That means people are expected to be able to predict marriages and divorces, and whether grown children will getting jobs and moving out of their parents’ basements. “We shouldn’t rely on two-year-old tax data as the back-end check” to determine who is eligible for tax credits and how large they should be, Solomon said.

Solomon said one of the changes she would make is to create a hardship exemption for people expected to pay back tax credits that were too big because they underestimated their incomes. Currently those earning more than four times the poverty line (just over $95,000 for a family of four) are required to pay back all tax credits for which they were ineligible, which can be thousands of dollars. Solomon would make the sliding scale more generous, allowing more leeway for middle income taxpayers.

Joseph Antos of the conservative American Enterprise Institute suggested simply repealing the individual mandate requirement once and for all. “Ninety percent of the uninsured won’t pay any penalty anyway because they’re exempt,” he said, referring to the many situations in which taxpayers can avoid the sanction.

Rather, Antos said, the individual mandate could be replaced with a requirement that people who do not maintain continuous insurance coverage could be screened out or made to pay more by insurers if they have pre-existing health conditions.

Sabrina Corlette of Georgetown University said she would eliminate the provision of the law that allows insurers to charge higher premiums to tobacco users. Several states have done that on their own. “It prices out of coverage low- and moderate-income people who could most benefit,” she said. “And there’s no evidence that it encourages people to quit.”

Corlette also said she would urge lawmakers to get rid of the requirement that some insurers offer multi-state plans. Such plans have not worked to boost competition as intended, she said. At the same time, they have “confused consumers – who think the plans offer multi-state networks, which many of them don’t.”

The panelists acknowledged that none of the changes is likely as long as Republicans control Congress and continue to pursue a strategy of repeal and replace.

Kingsdale warned that the coming tax filing season could deepen political opposition, as people who remained uninsured are assessed their first penalties and those who got too much in tax credits are expected to pay the government back.

“It’s going to be a bonanza for H&R Block, and a disaster for people who were supposed to be helped the most by the ACA,” he said.