Dr. David Blumenthal was not happy to find a new computer installed on his desk when he showed up for work one morning eight years ago at Massachusetts General Hospital in Boston. He knew the hospital had been hard at work on developing an electronic medical record (EMR) system, but Blumenthal wasn’t keen on changing practices that had served him and his patients just fine over the years.

Quickly, though, he found himself to be odd man out at staff meetings where younger colleagues eagerly exchanged tips on how to retrieve patient histories, test results and consults with other physicians.

“I realized I was going to have to get on board,” Blumenthal recalled in an interview. Still, he approached the task of converting paper-based notes and patient records to the electronic system as more obligatory than clinically useful. The “aha” moment, which Blumenthal frequently mentions in speeches, came on the day he entered orders for a CT scan and his computer screen flashed a reminder that the patient had already had one.

“We had particularly advanced computerized decision support software,” Blumenthal says. “I realized that not only was it changing my practice, but I could see that it had the potential to change the practice of medicine.”

Blumenthal is now charged with just that task. As the Obama administration’s National Coordinator for Health Information Technology in the Department of Health and Human Services (HHS), he is guiding the deployment of up to $27 billion in federal stimulus money over 10 years to help health care professionals and organizations overcome the uneasiness that underpinned his own resistance to change at his hospital.

“The discomfort comes from uncertainty and the need to invest time and effort learning something new,” says Blumenthal, who describes himself as cautious and risk averse by nature. “There’s a sense of loss of control and worry about your competence.”

Appointed in March, 2009, Blumenthal has spent the last year refining Congress’ blueprint to encourage doctors and hospitals to adopt EMRs. He says those who “get on board” will be paid more by Medicare and Medicaid, beginning in 2011. But in 2016 the subsidies disappear and those still using paper records risk sanctions, including reduced Medicare fees.

Some critics say five years isn’t enough time for health care professionals to achieve a government standard called “meaningful use.” In late 2009, federal officials announced a preliminary definition of that standard, but it is still being refined. Nonetheless, it is expected to tie any increased Medicare or Medicaid payments to doctors or hospitals using EMRs to enhance delivery of care by ensuring that the systems have capabilities such as electronic prescribing that would warn against dangerous drug interactions and electronic access to information such as records of immunizations and mammograms that could also cut out unnecessary procedures. 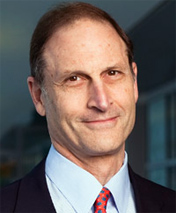 David Blumenthal is helping guide the deployment of up to $27 billion in federal stimulus money to help doctors and hospitals implement health information technology. (Photo from Department of Health and Human Services)

Proponents, including Blumenthal, say the health care system has dallied long enough on EMRs, and that having an electronic infrastructure for better system-wide information exchange is critical to achieving goals of medical care quality and cost-control.

“Information is the lifeblood of medicine and health information technology is the circulatory system,” says Blumenthal, who’s optimistic that the stimulus incentives will succeed in overcoming resistance to change. “I foresee the EMR becoming as important to medical practice as the stethoscope and the examining table.”

As he came to accept the value of an EMR system, Blumenthal, who in addition to his clinical duties was head of Mass General’s Institute for Health Policy and a professor at Harvard Medical School, decided to scout out the picture nationally. His survey team, which included researchers at George Washington University, found that only about 9 percent of U.S. hospitals and 17 percent of physicians’ offices had even rudimentary electronic records systems.

Among deterrents cited by survey respondents were capital costs, difficulty sorting through all the vendors to find the right system and worries about buying something that might soon be obsolete. These and other findings were published in the New England Journal of Medicine in 2008 and 2009, and in a series of reports issued by the Robert Wood Johnson Foundation.

Catherine M. DesRoches, a co-author of the studies, says the surveys also found less tangible barriers to EMR adoption, such as physician attitude and lack of basic computer skills.

“There is a whole group of physicians out there, older than 50 for the most part, who can’t type and don’t know how to use computers,” DesRoches says.

Which is not to say they can’t learn given the right mix of incentives and mandates. Blumenthal and HHS are hoping for a response much like what Mass General and its owner, Partners HealthCare, found. From only 9 percent using EMRs in 2003, all 4,500 community-based physicians had converted by 2009, according to Dr. James Mongan, Partners’ recently retired CEO.

Says Mongan: “Our strategy was basically exhortation, cajolery, leadership, tech support, and incentive pay for performance,” followed by the threat of eviction from the physician network.

Taking this strategy nationwide is a harder task, given the range of settings in which physicians practice, from isolated solo offices in frontier states like Montana, to crowded health care markets where hospitals and their affiliated doctors, laboratories and pharmacies compete fiercely for paying patients. Building EMR networks that can talk to one another across this diverse landscape is a tall order. Even within the Partners system, there are so-called “interoperable” glitches; doctors at Mass General say it’s easier to communicate electronically among themselves than with the affiliated hospitals and doctors’ offices, and the system frequently needs software “patches” to improve information flow.

‘I Would Never Go Back’

Still, Blumenthal’s enthusiasm is widely shared. Dr. G. Sherry Haydock, a fellow internist, is one of those over-age-50 physicians who went through medical school and residency training writing up her notes on patients and dashing off paper prescriptions. She’s particularly pleased with how easily she’s able to use the EMR to call up notes from consulting physicians.

“I can see Dr. Green’s note whereas in the past, Dr. Green may have sent a letter which I can’t put my hands on right away,” Haydock says. “Basically, the technology provides me with an easily retrieved context for current symptoms and treatment decisions.”

But Haydock is quick to point out that learning how to use the EMR in a clinically meaningful way  HHS’ mandate by 2016  does not happen overnight.

“What I’ve learned is not to be afraid of the technology and to experiment in order to learn, find shortcuts, and adapt the tool to my practice,” she says. “The start-up is difficult but now that I’ve made the investment, I would never go back.”

Blumenthal is counting on converts like Haydock to spread the word, along with younger physicians who grew up on Nintendo and Facebook and who are unlikely to want to work in settings still using paper-based systems.

Blumenthal knows this first hand from his daughter, Karen, a second-year medical student at the University of Pennsylvania who has complained about the lack of EMRs in some of the university’s affiliated teaching hospitals. “She finds it very frustrating and inefficient,” says Blumenthal.

“What gives me the most hope,” he says, “in this is that within a matter of a few years, I believe physicians will be the strongest advocates for the EMR.”