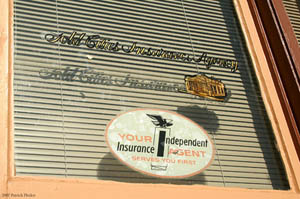 Insurance brokers, worried their livelihoods are in jeopardy from the health law, are pressing Congress and state legislatures to safeguard agent commissions and guarantee them a key role in new marketplaces being created for consumers to obtain coverage.

The efforts are spawning political clashes between consumer advocates and brokers and a debate about whether the proposed broker protections would help consumers save money or lead to higher premiums.

“Obviously the brokers are nervous and this is a time of dramatic change, and they’re doing everything they can to survive and evolve,” says Sabrina Corlette, a research professor at Georgetown University’s Health Policy Institute who is critical of the brokers’ efforts.

Brokers warn that alienating them could undermine the success of insurance exchanges, the online marketplaces that will allow purchasers to compare plans’ prices and benefits. Small businesses and individuals will be able to use the exchanges beginning in 2014.

In some state legislatures, broker-backed bills would give agents seats on the exchange board, which will set the operating rules. In Iowa, a bill that is getting national attention would require all consumers to use a broker when buying policies through the exchange and guarantee the broker at least a 5 percent commission. A bill pending before Minnesota lawmakers would require that anyone selling, negotiating or soliciting insurance for a health plan be licensed by the state.

Other places are moving in the opposite direction. Maryland and the District of Columbia, for example, are mulling bills that would bar brokers from decision-making positions. Many states, including Virginia, haven’t set rules on brokers yet.

On the national level, the brokers’ lobby and a task force of the National Association of Insurance Commissioners are preparing draft legislation for Congress that would exempt broker commissions from new rules that require insurers to spend at least 80 percent of the money they collect in premiums on medical care. Only 20 percent may go toward administrative costs and profits.

Insurers who fail to meet the 80 percent requirement must pay rebates to consumers, under the law. Brokers say the rule is prompting insurers to cut commissions to reduce administrative costs. 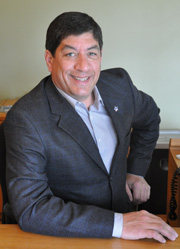 Gary Cox, a broker in Sterling, Va., said insurers have been cutting commissions by between 25 and 50 percent because of the new rule. “We’ve seen disruption here in Virginia and Lord knows elsewhere as well,” he said. “We haven’t really seen people say goodbye yet, but I would imagine there’s going to be a significant percentage of brokers or agents who are going to say ‘I’m not going to play in that game anymore.'”

Ethan Rome, executive director of the liberal group Health Care for America Now, said the legislation being discussed by the insurance commissioners would “allow insurance companies to spend less on actual health care and more on administration, profits and CEO salaries. That means consumers will get a raw deal.”

Major political players in the health care lobby are taking sides, with America’s Health Insurance Plans backing the brokers and the American Medical Association joining with consumer groups against the agents.

There are more than 434,000 insurance agents in the United States, according to the Bureau of Labor Statistics, and most sell health insurance. The median annual income for a broker in 2008 was $45,430.

Brokers often earn commissions between 3 and 10 percent of premiums, according to the website of the National Association of Health Underwriters, an Arlington, Va.-based group that represents brokers. Consumer advocates say some brokers earn even more in selling individual policies. Brokers say many insurers increasingly have moved to pay brokers a flat fee, which for business coverage can range from $1 to $30 for each employee each month. Brokers say their commissions are being cut severely by insurers.

“I think we make it a more efficient system,” said Dave Ver Woert, a broker in Cedar Rapids, Iowa. “We add point zero zero something percent to the costs, so they’re attacking a small, small piece of what the bigger problem is. Health insurance is expensive because health care is expensive.”

There’s little independent data on brokers’ cost to the system, and some consumer advocates believe some broker commissions are higher than what the industry says.

Timothy Jost, a professor at the Washington and Lee University School of Law and an official consumer representative to the NAIC, said most people won’t need brokers because buying policies in the exchanges will be simpler than buying insurance now. “Frankly I don’t think that there’s going to be quite as much to do as there is now,” he said.

Brokers have political clout. Their political action committees gave $4.2 million in the 2010 congressional elections, according to the Center for Responsive Politics, a nonprofit watchdog group based in Washington. The center listed the entire insurance industry as the sixth biggest giver to candidates for Congress for the 2010 elections.

In Congress, U.S. Rep. Mike Rogers (R-Mich.) already has said he plans to introduce the legislation along the lines of what the brokers want. Janet Trautwein, president of the National Association of Health Underwriters, says she expects members of both parties to sign on as co-sponsors. Defenders of the health law, such as Sen. Jay Rockefeller (D-W.Va.), are gearing up for a fight. “I think it’s safe to say that there will be a vigorous debate in Congress on this,” says Vincent Morris, a Rockefeller spokesman.

In a letter to the insurance commissioners, Rockefeller on Tuesday expressed his disappointment that the group was re-opening debate on the issue “on behalf of just one of the many interest groups not completely satisfied” with the minimum spending rules. He said he would oppose any such legislation that “would protect the income of health insurance agents and brokers, but at the expense of millions of American consumers and businesses.”

Brokers are often powerful voices in states, which license them, and have allies among many state insurance commissioners.

“The majority of commissioners do believe the agent role is just so important in purchasing health insurance,” says Mary Beth Senkewicz, the deputy commissioner in the Florida Office of Insurance Regulation. “The agents, they’re little mini-HR departments. The agent actually goes out, shops the plan and looks at the demographics of the group. Post-sale, agents provide a tremendous service. We’ve heard stories of being admitted to the hospital Saturday night and getting denied by the insurer, and they call the agent and the agent takes care of it.”

Some insurance brokers serve in part-time legislatures: the author of the Iowa bill, Democratic Sen. Tom Rielly, is an insurance agent. His office said he won’t discuss the bill until it’s ready to be debated on the Senate floor. A competing bill without the broker provision is also pending in the Iowa legislature.

“The brokers are a really strong lobby,” says Carrie Fitzgerald, a senior health policy associate at the Child and Family Policy Center, a nonprofit based in Des Moines. “No one wants 11,000 people to lose their jobs, but there has to be some choice for people to not have to go through a broker.”

The battle in the states revolves around competing visions of the exchanges. Consumer advocates say that the exchanges should be easy enough to use – akin to travel websites such as Expedia – that many people will be able to buy policies on their own and that using brokers will drive up costs. They also say people with vested interests, such as brokers, shouldn’t be setting the rules.

But brokers’ representatives argue that buying health coverage is far trickier than buying a plane ticket. They say that individuals and small businesses need professional guidance to select the best policies and that exchanges need brokers’ help in setting up their rules.

“I wouldn’t tell someone they could get legal advice and know everything they need to know just by looking up something online. They would need to consult an attorney,” says Trautwein. “Our members are professionals also.”

Jesse A. Patton, a broker and president of the Iowa Retail Federation, warned that if brokers don’t have a financial incentive to bring people into the exchanges, they may steer people to policies sold elsewhere, potentially undermining the success of a core element of the health law.

“For the states that have the agents as a foe, that’s going to put real pressure on the exchange,” Patton says. Without brokers, “the exchange is going to have a really tough time of surviving.”

Jost, the law professor, agrees that’s a worry. “That has destroyed exchanges in the past and it’s a real consideration,” he says.

Contact Jordan Rau at jrau@kff.org or Julie Appleby at jappleby@kff.org.