Rate hikes are likely on the way for plans offered on the health law’s online exchanges, or marketplaces. Consumers’ out-of-pocket costs are expected to climb, and some major insurers are pulling out.

“Building a new market is never easy,” she said in remarks at HHS headquarters, where she also unveiled ACA enrollment estimates for the upcoming year. “We expect this to be a transition period for the marketplace. Issuers are adjusting their prices, bringing them in line with actual data on costs.” Burwell’s comments foreshadowed the expected higher insurance premiums for the next enrollment season. Federal officials are likely to release those numbers just days before the presidential election that could determine whether the ACA is repealed or revamped.

While the health law hasn’t been a predominant issue in the current election season, it has been at the center of a bitter battle between political parties since it was passed in 2010. The House of Representatives has voted more than 60 times to repeal all or part of the measure and the law has survived some court challenges and faces others.

Burwell noted those fights when talking about issues that have arisen in the implementation of the law that need to be resolved and said that “it also hasn’t helped that at nearly every turn, we’ve had to overcome partisan attempts to repeal and undermine the law through legislation and litigation.”

Enrollment in the state and federal marketplaces is expected to grow by about a million people next year — from about 12.7 million to 13.8 million, according to federal estimates released Wednesday. The number of consumers who actually pay premiums and stay in the market is expected to average about 10.5 million per month this year and about 11.4 million per month in 2017.

Consumers flow in and out of ACA plans because they change jobs, get coverage from other sources and face other factors that affect where and how they enroll in health insurance, including affordability. About 9.2 million of the 13.8 million who now have ACA coverage are expected to reenroll, according to HHS.

This year’s enrollment period is focused on signing up healthier consumers — including the “young invincibles” between the ages of 18 and 34 who tend to have fewer ailments — and making the enrollment process faster and simpler. They will also remind consumers of the penalty for not having coverage, which for adults in 2016 is $695 or 2.5 percent of income, whichever is higher. The flat penalty will be adjusted for inflation in 2017. 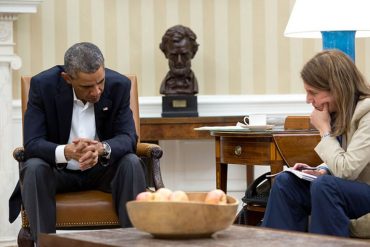 Federal officials are also focusing enrollment efforts on the 5.1 million Americans who are eligible to purchase health care coverage on the exchanges but do so elsewhere, according to HHS figures. Of that group, 2.5 million people could be eligible for the law’s financial assistance if they sign up for coverage during open enrollment, which ends Jan. 31. A recent analysis from the Kaiser Family Foundation found that 11.7 million people who remain without health insurance are eligible for Medicaid in their state or for tax credits to purchase health insurance through their state’s ACA marketplace. (KHN is an editorially independent program of the Kaiser Family Foundation.)

The outcome of the November elections may well determine the future of the ACA as much as the willingness of insurers to offer coverage and consumers to enroll in the plans. Republican presidential nominee Donald Trump has promised to repeal and replace the law, while Democratic nominee Hillary Clinton has said she wants to fix the law, making it more affordable for consumers who don’t qualify for subsidies and struggle to afford coverage.

Burwell called on Congress to work with her and the Obama administration to make needed changes to the law. “To make more substantial changes, like a public option to encourage competition, we’ll need cooperation from Congress,” she said. “And we are hopeful that soon, we’ll see more bipartisan efforts to make improvement.”

Bipartisan cooperation most likely won’t happen until the next Congress, if then. Much will depend on who is in power, whether GOP leaders think the ACA is still a potent political issue and how willing Democrats will be to make changes that might appeal to Republicans.