When Annie Powell, 35, was in the midst of a 72-hour manic episode in February 2013, she felt like Superwoman: productive and energetic. “I went to the gym for a 5:30 a.m. class, worked all day, came home and went to the gym again with my family. Then, I stayed up all night and organized my office, worked more, cleaned the house and did laundry,” says Annie.

But once the 72 hours ended, she crashed and fell into a deep depression. “I sat in the basement and stared at the wall for hours,” says Annie.

In the morning, her husband, Kevin, came downstairs to get ready for work — and was startled by the blank, distant look on Annie’s face. Their three children, now ages 6 to 8, followed, hugging Annie and jumping on her the way they did every day. But Annie wasn’t responding.

Kevin quickly took the kids upstairs and got them ready for school. He called Annie’s mom to come over and, once she arrived, they called her psychiatrist (Annie was still being treated for postpartum depression three years after the birth of her twin boys in 2010).

After hearing what had happened, the doctor suggested bipolar II, a type of bipolar disorder in which the person experiences both manic highs and depressive lows. What some might consider a frightening response, Annie found to be a huge relief. “I thought, Finally, an answer. I was glad that we had a new direction that was possibly the right one.”

She went on Lamictal, a medication used off-label for bipolar disorder, and felt like a new person. “It may sound weird, but my diagnosis has been a blessing,” she says. “My chemical imbalances are leveled out and I’ve come up with my own self-care tools like healthy eating, exercise and quiet time. It’s been three years since my episode and life just keeps getting better.”

Annie’s story is proof that it’s very possible to survive and thrive after a diagnosis. Nearly 20 percent of American adults will suffer from a mental illness at some point in a given year, according to the National Institute of Mental Health. The condition  can range from a mild, short-lived bout of depression to severe schizophrenia that may require hospitalization or lifelong medication.

As common as mental illness is, though, certain myths are surprisingly persistent and prejudice continues to be widespread. Here are four common beliefs debunked. 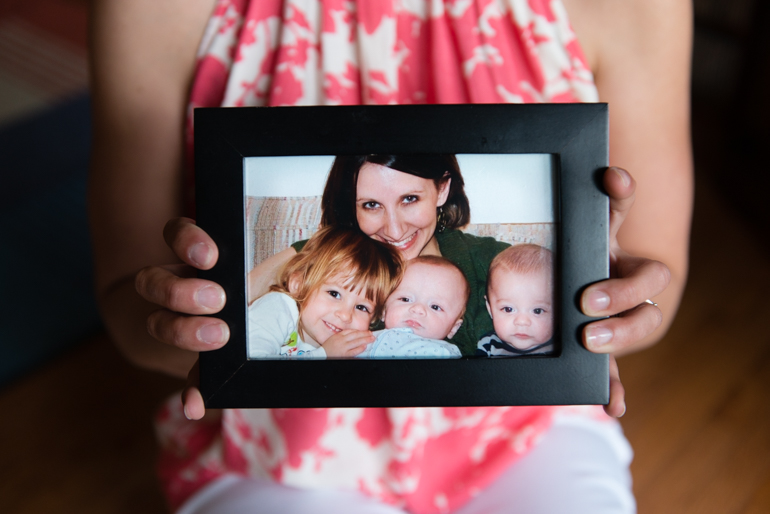 Annie Powell holds a picture of her smiling with her three children during the time she was battling depression. “Looks can be deceiving,” said Powell. (Heidi de Marco/KHN)

You can “snap out of” mental health problems.

The facts: You can’t just magically think your way out of a mental illness, whether it’s mild or severe. This idea is pervasive — and damaging, because it creates unreasonable expectations for the person who is suffering from the illness, says Nelson Freimer, psychiatry professor at the University of California, Los Angeles.

Annie experienced this firsthand. “My faith is important to me, so when I first started taking medication, I said, ‘Why do I need this if I’m a Christian?’ My psychiatrist at the time — who also happens to be Christian — said, ‘You need the medicine to get everything in balance so you can see clearly enough to deal with life. You can’t just pray it off. You need some sort of medical intervention.’”

Amy Marlow, 33, of Reston, Va., heard similar “snap out of it” sentiments over and over again as she struggled to cope with her severe depression and anxiety. “People would say I didn’t look depressed — why would I be depressed if I had a job and friends, and things were going well? For a long time, I tried to work a little harder hoping it would go away. But I couldn’t outrun it.”

Some may regard mental illness as a personality or character flaw, but that simply isn’t the case. Researchers have found many factors that contribute to and influence whether someone will develop mental illness, including genetics, biochemical imbalances in the brain, childhood abuse and the hormonal changes that come with pregnancy. 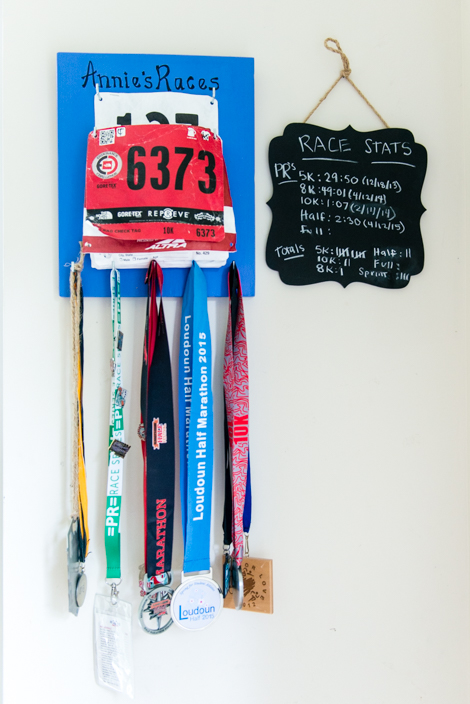 Competition medals and running stats hang in Powell’s house. She says fitness and working as a personal trainer contributed to overcoming her depression after giving birth to the twins. (Heidi de Marco/KHN)

If you have a mental illness, you can’t hold down a job.

The facts: While it’s true that those with a serious mental illness are less likely to be working, many people are able to successfully manage their conditions and find success at work.

Liz Norton, a senior systems manager at a mental health advocacy organization, was diagnosed with obsessive-compulsive disorder at 20. Now in her 30s, her condition is well-controlled with medication and cognitive therapy, and she is open with her employer about it.

On the other hand, Amy Marlow worked as a public relations professional and never disclosed her illness. But when she cut back on her medications while trying to get pregnant, she found herself spiraling downward and needed to take a medical leave of absence. Her manager was supportive, but she chose to leave for a part-time job as a church bookkeeper and office manager, allowing her more flexibility. “Having a mental illness makes me a more compassionate employee,” Marlow says.

Annie Powell feels her diagnosis works to her advantage as well. Last year, she launched a personal training and public speaking company called Own It Daily, and she says that her openness is a big reason that clients are drawn to her. “My transparency makes them more comfortable,” she says.

Yet, even though federal law prohibits employers from discriminating against workers because of mental disability, studies show that workers who are open about their illness may still face discrimination, so it’s important to assess your situation carefully.

The National Alliance on Mental Illness offers a useful fact sheet to your legal rights in the workplace at nami.org. 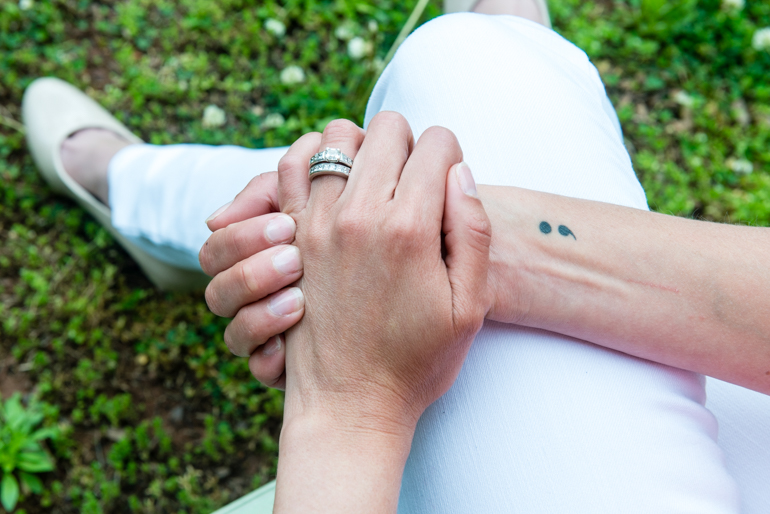 Powell has a semicolon tattoo on her right wrist. The tattoo refers to Project Semicolon, a nonprofit that aims to provide hope for those struggling with mental illness. (Heidi de Marco/KHN)

The facts: There’s a big disconnect between our perceptions and the evidence, says Jeffrey Swanson, a psychiatry and behavioral sciences professor at Duke University School of Medicine. It is hard to escape the headlines about mass shootings committed by someone with a history of mental illness, and polls show that a majority of people believe that the mentally ill are more likely to be violent.

Violent behavior is caused by many factors other than mental illness, says Swanson. Being young and male increases the risk of committing a violent act, as does being exposed as a child to violence in the community. 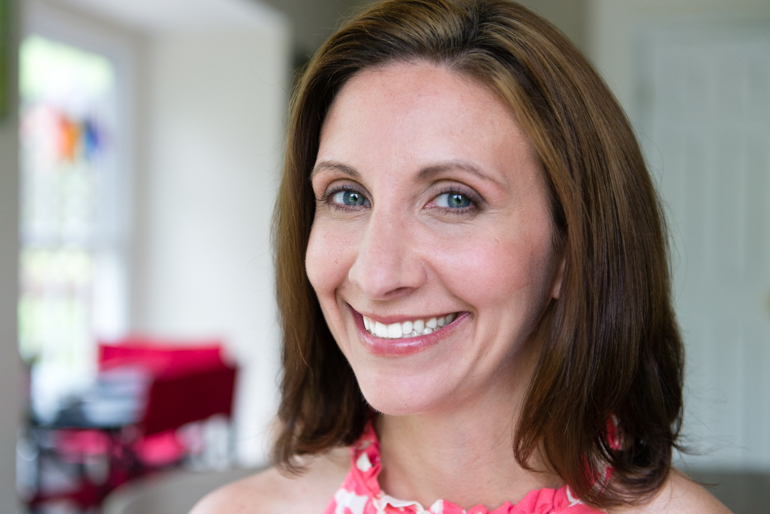 Powell said her bipolar disorder diagnosis has worked to her advantage. She launched a personal training and public speaking company called Own It Daily. (Heidi de Marco/KHN)

You can’t recover from mental illness.

The facts: Many people do make it through mild or moderate episodes of mental illness and never experience them again. Others with more serious conditions are able to successfully control them and live the life they want, just like people with such chronic diseases as diabetes.

Recovery often depends on the type of mental illness, how old you are when diagnosed and other health conditions. The good news is that recovery rates are generally high: up to 50 percent for schizophrenia, 70 percent for panic disorder and 80 percent for bipolar disorder.

Recovery can feel different to different people, but it’s helpful to think of it as an ongoing process of regaining control over your life after a diagnosis, says 63-year-old Susan Noonan, a Boston physician and author who suffers from depression herself. Recovery doesn’t necessarily mean being the person you were before you got sick — that’s likely not realistic. “But it doesn’t mean you can’t enjoy your life,” says Noonan. “Living in recovery means being able to handle tough days, and it looks different for everyone.” The challenge lies in setting realistic expectations for what recovery means to you. “Mental illness changes how my life goes, but it doesn’t dictate. It’s not the decider,” says Noonan.

This article is part of an editorial partnership between Woman’s Day and Kaiser Health News.