Rates of C-section deliveries vary widely across the nation, according to the findings of a new study.

The study, published Monday in the journal Health Affairs, found that the overall rates of C-sections — the most common type of surgery in the U.S. — varied from about 7 to 70 percent  across the nation’s hospitals. 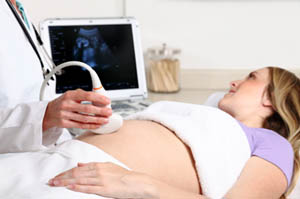 Researchers also found a wide variation in C-section deliveries even among women with lower-risk pregnancies, where rates varied from 2.4 to 36.5 percent. According to the study, cesarean deliveries are much more expensive than vaginal births.

“We were really surprised by how much variation we saw,” said Dr. Katy Kozhimannil, an assistant professor at the University of Minnesota’s School of Public Health and the study’s lead author. Kozhimannil said she and her colleagues expected the rates of cesarean births among lower-risk mothers to vary less compared to the overall rates.

The research team analyzed 2009 data from more than 1,000 hospitals in 44 states, taking patient characteristics into account as well as hospitals’ size, teaching status and geographic location.

Despite concerns about overuse of cesarean deliveries, Kozhimannil cautioned that some of these surgeries will always be necessary and researchers should be careful to not make doctors too uncomfortable about performing a cesarean. “When you see variation in something, it could suggest overuse or either underuse. I think it’s important to look out for underuse as well,” Kozhimannil added. “Cesarean deliveries save lives and every woman who needs a cesarean delivery should have one.”

Dr. William Grobman, a spokesman for the American College of Obstetricians and Gynecologists and a professor in obstetrics and gynecology at the Feinberg School of Medicine at Northwestern University, said that it is important to “encourage deliveries that can be safely undertaken vaginally to occur and not to do unnecessary cesareans.”

In an interview, Grobman said the high number of cesarean deliveries has big consequences for health care costs and use and doctors consider different standards when weighing the procedure.

Though her study was unable to explain why the variation in cesarean deliveries exists, Kozhimannil is optimistic that future research — studies that analyze the financial and payment incentives in place for managing pregnancy care — may help answer the question.

The study makes four key recommendations, including better coordination among providers of maternity care to help reduce the need for C-sections and better data collection on the procedure. The researchers also called for Medicaid, which funds nearly half of all U.S. births, to use its clout to help improve hospital obstetric practices. And they suggested that new policies be implemented to empwer patients to help make decisions on their deliveries and to make data on the procedure more widely available.

“I think the fact that pregnant women cannot look up unbiased, easily available information on cesarean delivery rates in the hospitals from which they’re choosing is a problem that should be rectified,” Kozhimannil said.