SACRAMENTO – In the first disclosure of individual health insurance premiums by the nation’s largest state, California announced on Thursday a wide array of choices for the 5.3 million people expected to qualify to purchase coverage through its online marketplace established by the Affordable Care Act.

The premiums, which aimed at a “just right” Goldilocks range, surprised many consumer advocates and analysts who had been anticipating much higher prices. 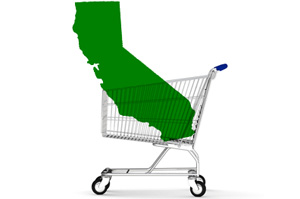 The fear had been that shoppers in the individual insurance market would face severe “sticker shock” when the sweeping changes of the health law take effect beginning in January 2014. The law prohibits health plans from rejecting people with pre-existing conditions and doesn’t allow insurers to charge women and sicker people higher premiums.

Nearly three dozen health plans submitted bids to sell their products in the competitive marketplace, and 13 were selected. But California exchange officials, authorized by state lawmakers to negotiate on behalf of consumers, rejected bids that were priced too high, they said, or failed to have robust networks of doctors and hospitals. “We held insurers’ feet to the fire,” said Lee of the negotiations.

From Bronze To Platinum

The companies approved to sell individual insurance on the exchange include the state’s dominant commercial players, such as Anthem Blue Cross, Kaiser Permanente, HealthNet and Blue Shield of California, as well as a number of regional and quasi-public health plans that largely rely on public and university hospitals and community health centers to deliver medical care to low-wage workers.

The proposed premiums still must be approved by state insurance regulators. Three of the nation’s largest players in the employer-sponsored insurance market — UnitedHealthCare, Cigna, and Aetna — are not going to be selling on the California exchange.

The proposed premium prices vary depending on the geographic region of California, the consumer’s age and the richness of benefits, from catastrophic coverage for young adults to “Platinum” products. Under the premiums unveiled on Thursday, a 25-year-old in Los Angeles could choose a Health Net catastrophic plan for $117 a month or a more comprehensive “Bronze” plan for $147 a month from L.A. Care, the nation’s largest public health plan. And if that individual makes less than about $45,600 per year, she would qualify for a subsidy that would bring the cost of the premium down further.

Predicting the impact of the federal health care law on premium prices has become a cottage industry among health policy researchers and consumer advocates, and California was expected to be a key test case. On Thursday, the reaction by those groups was largely positive.

“I’m impressed,” said Betsy Imholz, director of special projects for Consumers Union, a division of Consumer Reports. “I actually think they are good prices,” she said, especially for those who will receive federal insurance subsidies.

More than half of Californians shopping for insurance through the state-run marketplace will be eligible for federal income tax credits. Those credits will offset the price of private insurance: A 40-year-old individual in Los Angeles, for example, who earns $1,915 a month, or 200 percent of the federal poverty level, would pay a monthly premium of $90 for a Health Net HMO “Silver” plan in 2014, according to the rates released by Covered California.

At a press conference in Sacramento, which had a celebratory air, exchange officials said the restrained premiums largely reflected deft negotiating by the health plans with thousands of doctors and hospitals, including powerful hospital chains whose market clout has been blamed for rising health care costs in California.

“We made the pitch that we can’t sustain the current system with 7 million Californians not being insured,” said Paul Markovich, president of Blue Shield of California. “We felt there was a rate at which they could still be financially viable, but it would make rates much more affordable for this population.”

The rate for an individual plan offered by Blue Shield of California will increase an average of 13-percent for existing customers, said Markovich. But the benefits, he said, as mandated by federal and state regulators and uniform across all health insurance packages, will look more like the comprehensive insurance workers receive from employers.

For Some, ‘Staggering Increases?’

Health care analysts said simply calculating how much an individual’s premium might increase next year was an incomplete – and faulty – assessment of the competitive marketplaces the federal health law was meant to unleash in each state.

Caroline Pearson, a vice president at Avalere Health, a consulting company in Washington, said she judged California’s performance by whether residents would have access to insurance products priced around $5,200 a year, the Congressional Budget Office’s estimate for an average individual market premium. Indeed, each region in California, based on her analysis, will offer plans below $4,000 a year. The offerings “strike me as very competitive,” said Pearson. “It speaks to the number of carriers that were attracted to the market, and that the exchange created competition to drive down prices.”

Still, some remained cautious about the sticker shock some middle-upper income families are likely to experience. Federal tax credits phase out at 400 percent of the federal poverty level, or about $94,000 a year for a family of four. “For that small number of people,” said Micah Weinberg, a senior policy adviser with the Bay Area Council, a business group representing large employers, “those premium increases are going to be staggering.”

California Insurance Exchange Rates: Not Too High, Not Too Low