California’s pharmacists would be required to provide prescription drug labels or medication instructions in five languages besides English under a bill passed unanimously Thursday by California lawmakers.

The bill, AB 1073, will be sent to Gov. Jerry Brown for his signature and would take effect Jan. 1 if signed into law. Upon request from patients or their caregivers, pharmacists would need to provide medication instructions in Spanish, Tagalog, Chinese, Vietnamese or Korean, the most common languages in California after English. The instructions could be on prescription labels or in patient handouts. 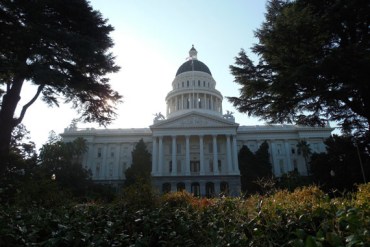 The measure would make California the second state in the nation, after New York, to require pharmacists to provide non-English materials for patients to take home. New York’s law only applies to pharmacy chains with eight or more stores, while California’s applies to all pharmacies regardless of size.

“We’re hoping this improves medical adherence and saves lives,” said Sarah de Guia, executive director of the California Pan-Ethnic Health Network, which supported the bill. The legislation will make it easier for non-English and limited-English speakers to take their medications correctly, she said.

An estimated 6.8 million Californians – nearly 20 percent of the state’s residents – are considered to have limited English skills, according to the U.S. Census.

The California Board of Pharmacy, which supported the bill, already requires pharmacists to offer free interpreting services for non-English speakers, upon request at the pharmacy counter. Some California pharmacies already provide translated prescription labels and medication instructions, but they aren’t required to by law.

A California Pharmacists Association spokeswoman declined to comment on the bill Thursday.

The current prescription translation bill faced no opposition, but similar bills in previous years had stalled over pharmacists’ fears of liability if prescription labels or medication instruction handouts weren’t correctly translated. This time, pharmacists will have more flexibility and oversight in developing the translated information for their customers, said Virginia Herold, executive officer of the California Board of Pharmacy.

“Pharmacy services are an integral part of health care and language skills should never be an impediment to equal access,” said California Assemblyman Phil Ting (D-San Francisco), who sponsored the bill.  “California is the most linguistically diverse state in the nation. By ensuring that all patients understand their medications, we will save lives and improve healthcare for millions of people.”

A state law passed in 2007 required the California Board of Pharmacy to develop more patient-friendly prescription labels. The board subsequently provided translations in five languages for common medication instructions, such as “take one pill at night.” But pharmacists didn’t have to use them, and many didn’t.

There’s little current data on how many California pharmacies offer prescription labels or medication instructions in languages other than English. A California Board of Pharmacy survey found that about 70 percent of pharmacies offered some translations, but their accuracy could not be determined.

A 2009 study of pharmacies in four states (not including California) found that 43 percent of pharmacies reported medication translations were available in at least one language other than English, but 21 percent reported limited availability and 35 percent cited no availability.

Herold said the Board of Pharmacy will urge pharmacists to place the medication instructions directly on the prescription bottle label, where they can’t be lost, although that’s not mandated by the current bill.

“Nobody got everything they wanted (in the bill), but we think we’re moving in the right direction, compared to where we were five years ago,” Herold said.