California risks losing billions in health care dollars if the state and federal governments can’t agree this week on a plan to fund reforms of the Medicaid program, hospital officials and experts said.

Public hospitals throughout the state are counting on the $7.25 billion in state and federal funds to treat large numbers of low-income and uninsured patients. The plan, known as a Medicaid waiver, also would allow the state to continue improving the efficiency, safety and quality of its Medicaid program, called Medi-Cal. 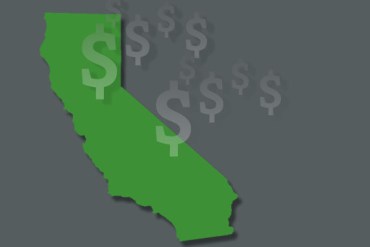 Medi-Cal serves about 12.5 million people – about a third of Californians. The current waiver, which took effect in 2010, expires on Oct. 31, though the federal government can grant an extension while negotiations over the plan continue.

“It is critically important to us,” said Susan Ehrlich, CEO of San Mateo Medical Center, one of the state’s public hospital and clinic systems. “It is a very large percentage of the overall revenue that we rely on, and we don’t have other ways to make it up.”

Ehrlich is one of about a dozen public and University of California hospital leaders who traveled to Washington this week to make their case for the waiver to members of Congress and administration officials.

Erica Murray, CEO of the California Association of Public Hospitals, said one of the sticking points is how long an important provision of the waiver would last, with the state proposing five years and the federal government offering only three. The provision would pay for changes in how public hospitals deliver care, she said.

“Three years is not enough,” she said. “We need five years of support and incentive to achieve the goals of where the public systems need to be to stay competitive in their local marketplaces.”

Disagreements also exist over how hospitals should be paid to care for uninsured patients. The state wants to have the flexibility to use the money for more primary and preventive care rather than just to pay for emergency room visits and hospitalizations.

The state and the federal government have been negotiating since March, when California submitted a plan called “Medi-Cal 2020.”

State Department of Health Care Services Director Jennifer Kent said this week that the state needs the waiver to keep public hospitals financially stable so they can continue implementing  reforms enacted under the Affordable Care Act. State officials are working toward a resolution and are trying to meet the deadline, Kent said.

“Everyone knows this is important,” Kent said. “It just boils down to getting the details worked out. I think we will get there.”

A spokesman for the Centers for Medicare & Medicaid Services declined to comment on the ongoing negotiations, but said extensions have been granted in other states.

Public hospitals have every right to be concerned about how the discussions are going, but there is always a lot of back and forth in Medicaid waiver negotiations, said Robin Rudowitz, associate director of the Kaiser Family Foundation’s Commission on Medicaid and the Uninsured. “Given the amount of money, I can’t imagine that anyone is going to walk away from the table,” she said.  (Kaiser Health News is an editorially independent program of the foundation.)

Waivers allow states to make exceptions to the usual Medicaid rules. Under the expiring Medicaid waiver, known as the “Bridge to Reform,” California enrolled about 650,000 uninsured residents in free county-based health coverage until they were able to enroll in Medi-Cal through the Affordable Care Act. The state also transitioned many of its Medi-Cal beneficiaries into managed care.

In addition, public hospitals revamped their programs — and created new ones — to improve the health and safety of their patients and to cut costs. For example, they began tracking patients with certain diseases, pairing patients with health coaches and making more weekend appointments for primary care.

Now public hospitals say they need money to continue implementing the reforms. The new waiver also would increase the number of hospitals that can access funds.

UCLA Health System developed a program to help train physicians from Latin America so they could begin working in in high-need areas. The university’s health system also improved diabetic patients’ adherence to instructions on taking medication.

Santiago Muñoz, UCLA Health System’s chief strategy officer, said that his institution relies on it to help pay for expensive care to children with complex illnesses.

“We’re providing a lot of care to Medicaid kids,” said Munoz, who was among those who traveled to Washington this week to push for the waiver. “A lot of this highly specialized care is only available at academic or teaching hospitals.”

Without the new waiver, public hospitals will be in a “precarious situation,” said Christina Ghaly, deputy director for strategy and operations for the L.A. County Department of Health Services.

Through the waiver, the county’s public hospitals and clinics received about $2 billion in federal funding over the past five years, were able to assign more than 400,000 patients to primary care teams and better integrate physical and mental health services.

The goal of the Medicaid waiver, she said, is to shift more care from inpatient to outpatient settings and to get to the bottom of why some patients continue to seek high-cost treatment.

And even though the Affordable Care Act expanded Medi-Cal, 3.85 million Californians are still uninsured — and Ghaly said public hospitals are disproportionately responsible for their care.

“There has to be a deal,” Ghaly said. “If we aren’t able to close that gap … there would be some very difficult decisions.”