California’s public health department has failed to adequately manage investigations of nursing homes statewide, resulting in a backlog of more than 11,000 complaints – many involving serious safety risks to patients, according to an audit released Thursday.

California State Auditor Elaine M. Howle found that the complaints had been open for a year on average – a time frame she called unreasonable and “very concerning.” Nearly 370 open complaints arose from situations that put patients in “immediate jeopardy,” meaning they caused or were likely to cause serious injury or death, according to the review, which looked at cases open as of April 2014. In the Los Angeles County district, 65 immediate jeopardy complaints were open an average of 514 days.

The public health department, which is responsible for ensuring safety for residents at more than 2,500 facilities statewide, doesn’t require investigations to be completed within a certain time, leading to wide discrepancies from office to office, according to the audit.

“Holding district offices accountable for promptly completing investigations is critical to ensuring the safety and well-being of the residents in long-term health care facilities,” Howle wrote in the 82-page report. 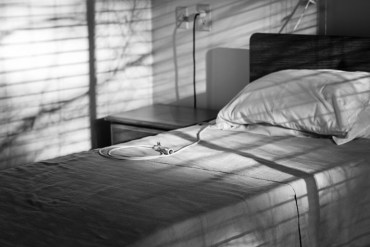 State public health officials said in a written statement that they would be reporting on their progress to the auditor. “We appreciate the opportunity to improve our operation,” the statement read.

The state audit was prompted in part by Kaiser Health News reports that the Los Angeles County Public Health Department was ordering inspectors to close cases without fully investigating them. The reports, published by the Los Angeles News Group, also led to a critical county audit.

The state auditor found that the quality of investigations was inconsistent across California. For example, inspectors in the San Francisco office closed cases without having them reviewed by supervisors as required, the report said. And inspectors elsewhere failed to follow state laws requiring investigations to begin within 10 days. In one Sacramento case involving a 97-year-old resident who fell, the inspector didn’t begin the investigation until nine months later.

Mariko Yamada, a member of the state assembly who requested the audit, called the nursing home investigation process “mangled” and said the department has failed to do its job to protect some of the state’s most vulnerable residents. As many as 300,000 residents in California receive care each year in the facilities.

“There has been almost a culture of indifference,” she said in an interview.

The audit found particular problems with investigations into incidents reported to the state by the facilities themselves. In Orange County and most of Los Angeles County, for instance, the inspectors performed on-site investigations in less than 20 percent of such cases reported in 2012 and 2013.

In general, when inspectors found problems at nursing homes, they didn’t always follow up within the required time to ensure the facilities filed plans to fix the problems, according to the audit.

The audit recommended that the department establish a formal process to monitor investigations into open complaints and incidents reported by the homes and that it set a time frame for their completion. The auditor also urged that the department determine how many inspectors are necessary to reduce the backlog and keep up with new complaints.  The department has repeatedly said that it lacks enough resources.

In a response to the audit, state Public Health Department Director Ron Chapman pledged to increase supervision of the district offices, noting that the state already had made improvements to its oversight of Los Angeles County. But the department said that it did not agree with the auditor’s recommendation to set a firm timeline for finishing cases, saying instead that it would work to improve timeliness.

The findings didn’t come as a surprise to Joe Rodrigues, the long-term care ombudsman for the state. Rodrigues said there has long been “questionable oversight and management” of the department’s licensing and certification division.

“It is a flawed system,” he said. “It isn’t doing everything it can do to protect residents.”

Carole Herman, president of the Foundation Aiding the Elderly, agreed. The number of open complaints is “horrific, “she said.

“How many reports are there going to have to be before the governor and the legislature pay attention?” she said.