Drugmakers are waging a fierce campaign against a proposed California law that would require them to justify the costs of their treatments and disclose major price hikes.

The bill has widespread support of health care providers, insurers, patients, labor and business groups. But the pharmaceutical industry is behind scathing social media messaging, warning that passage of the bill could lead to shortages of crucial drugs in some parts of the state. The industry is also applying other pressure to change the language of the bill.

A state Assembly committee hearing on the bill is scheduled for next Tuesday.

The legislation would require drug manufacturers to notify state agencies and health insurers within days of federal approval of a new drug that costs $10,000 or more per year or for one course of treatment. They would also be required to provide notice before they increased the price of a drug above certain thresholds, and they would have to justify the prices in both scenarios. The law would also require health insurers to disclose how much they spend on prescription drugs.

“It’s probably amongst one of the more heavily lobbied bills — similar to tobacco and the most controversial bills,” said the measure’s author, Senator Ed Hernandez (D-West Covina).

California is among about a dozen states considering proposals this year to impose greater price transparency on drug companies. The measures in many states have gone farther than Hernandez’s bill, requiring manufacturers to report their research and development costs, not just the prices and the reasons for them. Vermont, for example, just passed a law requiring justification of price increases for drugs that have a significant impact on the state budget.

Lawmakers in Sacramento will vote on the Hernandez bill before California residents decide the fate of a separate proposal, expected to be on the November ballot, that would limit the amount state-funded health programs pay on prescription drugs to no more than what the U.S. Department of Veterans Affairs pays.

Pharmaceutical lobbyists say they and proponents of the price transparency bill will discuss potential changes so that the legislation will “work for the health care system as a whole.”

“We’re optimistic that … there will be fruitful negotiations,” said Brett Johnson, director of state and local government policy for the California Life Sciences Association, a trade group for biotechnology and pharmaceutical companies.

The association says it’s concerned about the bill’s requirement that drugmakers give 60-days advance notice of drug price hikes. With that foreknowledge, CLSA says, large pharmacies or other drug purchasers could hoard big quantities of drugs to avoid the higher price.

That could leave smaller, independent pharmacies unable to acquire the drug. In such a scenario, the trade association says, communities with few hospitals or pharmacies could encounter problems obtaining certain drugs.

Until recently, the pharmaceutical industry was the lone opponent to California’s drug price transparency measure. Now, the California NAACP, and groups representing seniors and chronic disease patients have joined their ranks.

California Life Sciences Association is taking its message straight to consumers with a paid campaign on Facebook and Twitter.

The legislation “allows profiteers to exploit urban & rural communities by hoarding meds,” one Twitter ad from CLSA warns. An ad on Facebook claims the law would encourage the “stockpiling of medications that could lead to shortages for patients with diabetes, cancer and other chronic conditions.” 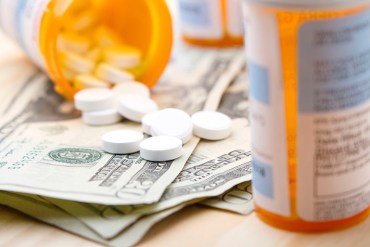 The CLSA says drugmakers object to the way the bill “tries to paint drug costs.” For example, it notes that the legislation would require manufacturers to report price increases, not decreases. The association says prescription drugs can help reduce the cost of disease, but that a transparency law would make it harder for the industry to develop cures.

Proponents say the measure, if passed, would provide only a small glimpse of drug industry pricing practices.

“Drug company opposition to this modest transparency bill has been over the top,” said Anthony Wright, executive director of the advocacy group Health Access, which co-sponsored the bill. “The idea that the prescription drug companies are being so vitriolic … in their rhetoric, really does raise the question of what pharma is hiding.”

California Healthline reached out to five members of the Assembly Health Committee, representing both political parties, to gauge their sentiment toward the legislation. Only one of them offered a comment.

Assemblymember Freddie Rodriguez (D-Pomona) said he supports prescription drug affordability and price transparency, but “wants to make sure we go about [it] in a way that does not end up harming consumers.” He didn’t comment on whether he would vote for the legislation.

Families USA, a national health consumer advocacy group, said this bill, along with measures in other states, are part of a larger movement to increase transparency across the health care system.

“There is a lot of opportunity for states to push the envelope, and California is definitely doing that,” said Caitlin Morris, program director for health system transformation at Families USA. “Hopefully, [California] will create a path, along with Vermont, for other states to take up this issue.”