That’s the number of new HIV infections California officials are aiming for under a comprehensive initiative released this fall.

The “Getting to Zero” plan, intended to guide the state’s AIDS policy from 2017 to 2021, is designed to boost surveillance, increase access to care and eliminate disparities in treatment.

“Thanks to better treatment and prevention options, new testing technology and better access to health care, California has reached a point where we can envision the possibility of zero new HIV infections,” said Dr. Karen Smith, director of the California Department of Public Health.

In the near term, however, the plan seeks to cut the number of new diagnoses in half, to fewer than 2,500 per year. It’s an ambitious goal in itself, but state health officials claim it is attainable.

“We know how to do it from a clinical and from a public health perspective,” said Dr. Gilberto Chavez, deputy director for infectious disease programs at the public health department. “We have the tools to make it happen.”

Expanded testing is the cornerstone of California’s HIV response, Chavez said. “For folks with HIV infection, the sooner that they know about it the better, from both an individual and community perspective.”

Some say the goals in the plan may be easier stated than done.

“Getting to zero is aspirational,” said Dr. Hyman Scott, a researcher and clinician with Bridge HIV at the San Francisco Department of Public Health. “If we don’t address racial, ethnic and age disparities in HIV treatment we won’t get there.”

Dr. Paul Volberding, who codirects the AIDS Research Institute at the University of California San Francisco and has been involved in fighting the epidemic from its earliest days, also sees challenges ahead.

“We can’t just coast along and in five years get to zero,” he said. “Stigma is the biggest issue, because that’s what keeps people out of the system.”

Although enormous inroads have been made against HIV, and prominent researchers such as Volberding are talking about a cure as a possibility, the public health department’s Office of AIDS estimates that 139,000 people in the state were living with the virus in 2014, the latest year for which statistics were available. And nearly 10 percent of them were undiagnosed.

African-Americans, Latinos and immigrants have seen a disproportionate rise in infections and have the lowest rates for testing, according to Scott.

“We want people to be aware of their HIV status so they can access care and treatments that are really life-saving,” he said. The state’s plan encourages targeted testing in these communities, not only to link patients with treatment, but also to prevent new infections.

“If somebody is engaged in treatment and has a suppressed viral load, then the risk of onward transmission is negligible,” Scott said. 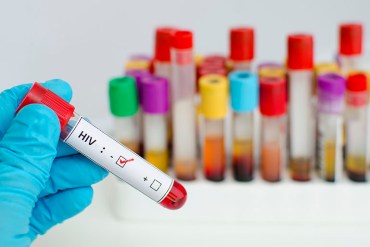 The state’s goal is to ensure that at least 95 percent of people with HIV get diagnosed. To get there, the blueprint encourages hospital emergency departments, primary care physicians and jail and prison health systems to offer routine testing. Such tests are free to Medi-Cal patients and Californians insured under the Affordable Care Act. Regardless of their coverage, patients are able to refuse testing.

The “Getting to Zero” plan seeks to have new patients begin antiretroviral treatment on the same day as diagnosis and to have them connected with a medical provider within 72 hours.

“In our plan, it’s not just about providing medication, but also providing a medical home and making sure that folks are getting evaluated regularly,” said Chavez.

The plan will be paid for through a mix of federal, state and local dollars. The state Department of Public Health says that it “utilizes existing state resources,” suggesting that it adds no new costs.

But California’s plan was constructed before the presidential election, which has injected uncertainty and “great fear” into the AIDS treatment community, said UCSF’s Volberding. We rely on a good deal of federal support, and if that is dramatically reversed I think we are in for some serious trouble.”

The best way to cure any epidemic, of course, is to prevent infections in the first place.

The state’s plan urges greatly expanded use of preexposure prophylaxis, known as PrEP.

The Centers for Disease Control and Prevention estimates the prevention therapy could reduce infections by 70 percent by 2020. It involves taking a daily dose of Truvada, an antiviral pill that contains two AIDS medications (emtricitabine and tenofovir).

When people who take PrEP are exposed regularly to HIV through sex or injection drug use, the medication can reduce their risk of infection by more than 90 percent, according to the CDC. (Still, health officials emphasize it is still important to wear condoms to protect against other STDs, pregnancy and highly-resistant strains of HIV.)

PrEP costs about $1,400 per month, but the public health department’s Chavez said it is covered by Medi-Cal and most health insurers.

“PrEP is a game-changer that can really transform our HIV prevention strategies in California and across the nation,” said Scott, who has led efforts to increase PrEP use in San Francisco. The program, established last year, has approximately 300 people on PrEP across 18 primary care clinics.

Nineteen-year-old James has been taking PrEP for nearly a year. The freshman at California State University, Chico requested that his last name not be used to protect his privacy. He has, like many of his gay peers, grown up in fear of HIV infection.

James doesn’t have a steady boyfriend and says he uses condoms “most of the time.” The student, who is majoring in animation, learned about PrEP when he was being tested for sexually transmitted diseases.

“I used to always be really worried about STDs and especially HIV, and now it’s, like, okay, that’s one great big scary thing that I don’t have to worry so much about,” he said.

James, who is insured by Kaiser Permanente, has a prescription for Truvada with no copayment. To be effective, the medication must be taken every day.

James said he takes his pill “every morning after I brush my teeth,” and has experienced no side effects. He goes to the student health center at school for regular HIV testing, which is what health officials recommend.

James is among about 9,000 Californians now taking PrEP medication, according to the California Needs Assessment for HIV. Still, officials say the treatment is indicated for up to 240,000 people in the state.

“We are just now at the beginning of our PrEP program,” Chavez said, “so there’s a long way to go.”