This story originally appeared in

Joel Ario says he meant it as a compliment. 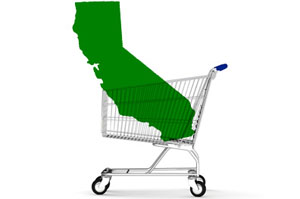 It was January 2011, and Ario — the White House’s point man on exchanges at the time — was having dinner with Diana Dooley, California’s newly installed HHS secretary. And seeking to praise California, Ario told Dooley that her state had emerged as one of the nation’s “pace cars” when it came to implementing the Affordable Care Act.

Forty months later, California’s clearly pulled ahead of the pack.

No state signed up more residents during Obamacare’s first open enrollment period, or grew its Medicaid rolls by a larger amount.

But not all glitters in the Golden State. While Covered California drove national enrollment — nearly one in five of all 8 million national ACA sign-ups went through the state’s insurance exchange — its faltering website and sometimes spotty service made for an occasionally bumpy ride.

“Road to Reform” interviewed Ario and more than 10 other ex-officials and experts — many of whom also spoke with California Healthline last fall on the eve of open enrollment — to assess the state of the state’s Obamacare implementation, and what roadblocks loom ahead.

As many of those experts predicted in interviews last fall, California’s early investments ended up staking the state to its later lead.

For example, the state and advocates focused on successfully growing California’s Medicaid program, a decision that’s been somewhat overlooked in recent months with all of the attention on the exchange. More than 600,000 state residents got coverage through California’s early expansion of Medi-Cal, the Low-Income Health Plan. And “we spent literally tens of millions of dollars [reaching out] to the lowest-income people,” says Daniel Zingale of the California Endowment.

The state and community groups also planned to pour more than $200 million dollars into exchange-related awareness and outreach, and while some of the marketing materials were panned as being too dry and earnest — Covered California made a commitment to stay away from “funny” advertisements — the final numbers speak for themselves, several state officials told California Healthline.

Even when the exchange’s website crashed under demand in early October, California was able to weather its early difficulties and bounce back — a pattern of flexibility that generally persisted throughout the enrollment period.

Meanwhile, the other purported pace cars couldn’t keep up, largely because of technical failures. Maryland’s website stalled out. Oregon’s never got out of the gate. Even vaunted Massachusetts had problems with its exchange’s engine.

California’s aggressive pursuit of Obamacare implementation allowed the state to maximize year one of coverage expansion, experts say. For example, when Covered California released its latest enrollment update last Thursday, the sheer totals were striking. As of April 15:

As Larry Levitt of the Kaiser Family Foundation has consistently noted, Covered California ended up enrolling 42 percent of its projected eligible market. (Kaiser Health News is an editorially independent program of the Foundation.)

Lessons From The State

For all of California’s pre-planning, the state’s health care leaders had to make several important decisions during the open enrollment period.

One key moment: When California was forced to choose whether it would allow residents to keep plans that didn’t meet ACA requirements, after the White House punted the decision to the states. After a high-profile debate, California ultimately said no — and Ario thinks that decision will end up being “a big advantage” for the state.

“That means the risk pool is going to be better,” he said, suggesting that more young, healthy enrollees ended up picking new plans through the exchange rather than keeping their old, non-compliant policies. (Since leaving the White House, Ario now tracks health reform implementation as a managing director with Manatt Health Solutions.)

Covered California also pivoted when Latino enrollment lagged estimates, nearly doubling its Latino-related marketing in the first quarter of 2014 and partnering with a prominent advocate, Dolores Huerta. That had an impact, officials now say: The proportion of enrollees who self-identified as Latino went from 18 percent of all sign-ups in October through December to 32 percent in the first weeks of March.

California’s leaders had shown flexibility before, too. After Gov. Arnold Schwarzenegger (R) made a prominent, early commitment to the ACA in 2010, the statehouse changed hands later that year. And a smooth hand-off was no guarantee, Zingale notes.

But Kim Belshé — Dooley’s predecessor as HHS secretary, under Schwarzenegger — thinks the eventual, seamless transition helped get California where it wanted to go.

“Our state’s success is a testimony both to the early action and foresight of Governor Schwarzenegger and the 2010 Legislature,” Belshé tells California Healthline, “and to Governor Brown and his Administration [who] stepped behind the wheel and steered the course of implementation so ably and successfully.”

Still, nearly every expert — and the head of Covered California himself — acknowledges that not everything went to plan.

“I will be the first to admit our launch has not been perfect,” Peter Lee, head of Covered California, told a U.S. House of Representatives committee earlier this month. “Many have compared it to building the car while driving 70 miles an hour.”

“We did have a colossally bad opening day,” Zingale ruefully reflects. “We were like the ‘Ishtar’ of [debuts] … October and November were rough.”

Zingale and others reiterate that they’d grade Covered California’s overall performance as very good, or even great. But they note that several problems persistently plagued the state’s efforts.

Website breakdowns: While not as bad as other states, Covered California suffered its own share of website outages, and ensuring that the online provider directory was accurate also proved consistently problematic.

Addressing those issues will be an area of focus moving forward, state officials say. “We’ll be working throughout the summer to improve our online platform experience,” Larry Hicks, a Covered California spokesperson, tells California Healthline.

Consistent service issues: The exchange also grappled with off-line problems: In February and through mid-March, about one-third of callers to Covered California got a busy signal and less than 5 percent of calls to Covered California were answered within 30 seconds, Chad Terhune wrote for the Los Angeles Times last month. “Overall, 40 percent of exchange customers surveyed said they found the enrollment process difficult,” Terhune added.

There were less visible back-office problems, too. Covered California didn’t expect that so many health insurance brokers would be interested in getting certified, notes Micah Weinberg of the Bay Area Council. “They planned for 3,000 and ended up with over 10,000,” according to Weinberg. “So there were delays getting brokers training and certified, and it looks like brokers overperformed their expected enrollments while other channels underperformed.” And brokers and community assisters didn’t get paid on time.

Outreach to minority communities: Several experts pointed out that while Covered California hit its enrollment goals, there were some potholes in the approach.

“I’m not a marketing expert,” UCLA’s Dylan Roby tells California Healthline, “but I’ve heard some pretty compelling arguments from the Latino community about the disconnect between their typical process for purchasing [insurance] and the campaign targeted at Latinos … the Enrollment Counselor model has been pretty successful once it got going, but the late start and lack of a paper application in Spanish until Dec. 30, 2013, was harmful to the overall effort.”

The end of open enrollment means that state leaders must grapple with new challenges, too.

1. The safety-net could be stressed: A “coverage expansion” isn’t equivalent to “coverage for all,” and safety-net providers already are reporting an uptick in visits — even as many immigrants and lower-income residents still find themselves left out of the ACA’s new plans but still need access to care, Lisa Morehouse writes for KQED’s “State of Health.”

2. Disparities in costs: The ACA’s insurance market reforms shine a light on how much an identical insurance policy costs in different parts of the state, Kaiser’s Levitt points out, “and the disparities are eye-popping.” For example, Levitt says that a policy in San Francisco can cost 50 percent more than the same policy in Los Angeles. “That’s due to big differences in the underlying cost of health care across the state,” he adds. “Will this create market or political pressure to do something about that?”

3. Keeping the exchange on budget: Covered California officials last week said they needed to boost the exchange’s fiscal year 2013-2014 budget by nearly $90 million, mainly citing the scramble to spend more on information technology. But unlike other states — which may need to trim their exchange budgets moving forward, because enrollment didn’t measure up — that’s not the case in California, officials say. “We are positioned to cover all our expenses through our revenue, because our enrollment was so large,” according to Covered California’s Hicks. “It’s not a concern.”

Has California won the race to implement Obamacare, or is the state just leading after a lap?

Even Covered California’s Lee concedes that the state has a ways to go.

“Although we have closed our first open-enrollment period, we are not declaring success. This is not the finish line, but it is a very good beginning,” the exchange director wrote in a blog post this week.

Other experts agree. The early enrollment numbers are terrific, Zingale says, “but it’s too early to hang the Mission Accomplished banner,” especially given the ongoing areas of focus.

“It’s been a bumpy, and unpredictable ride, so far” he notes, and “I doubt that it’s over.”

Belshé laid out some of the state’s top priorities. “With the initial open enrollment just completed, we turn to retention of enrollees, the next open enrollment period, and ongoing Medi-Cal enrollment,” she tells California Healthline. “And, we turn to the critical issue of access and health improvement.”

“Enrollment is not the end point but the starting point for better care, better quality, and better health,” Belshé adds.

For his part, Ario believes that the Golden State has moved ahead of the pack — just as Dooley suggested it would, all those years ago.

“I think California is the lead car,” Ario concluded this week.

From Zero To 3.3 Million Sign-Ups: How California ‘Won’ The Obamacare Race