California has mistakenly sent letters to 246,000 low-income residents, warning they may need to find new doctors next year under the state’s newly expanded Medicaid program.

The error frustrated counties and community health centers which have repeatedly assured patients they can keep their providers when the Affordable Care Act takes effect in 2014. The patients are part of the state’s “bridge to reform” program, which was designed to cover uninsured, poor Californians until they became eligible for Medicaid, known as Medi-Cal here. 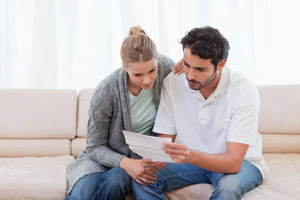 Bridge to reform launched in 2011 and more than 600,000 people across the state enrolled in county-based health coverage. Many people formed relationships with doctors and started seeking regular care. But county and clinic administrators said the incorrect information in the mailing this month has put the counties’ efforts in jeopardy.

The mix-up occurred as people are scrambling to figure out how the health law impacts them, and as private policy holders have been receiving letters canceling their insurance plans.

The whole key to the success is that people seamlessly transition to Medi-Cal,” said Sean South, an associate director at the California Primary Care Association. “It is vitally important that we don’t confuse them.”

But that’s what happened when the incorrect letters started going out on Nov. 1, said clinic and county officials.

Patients immediately began calling and showing up with questions about the letter, said Eva Serrano, a health advocate at QueensCare Health Centers, which has about 6,000 people enrolled in the local program known as “Healthy Way LA.”

Ignacio Garcia, 54, was one of them. He walked in this week holding the envelope with a scribbled question mark across the front. Garcia, who has hepatitis C, has been treated at the East Los Angeles clinic for about three years and doesn’t want to change doctors.

“I didn’t know what to think,” he told Serrano about the letter. “I thought, ‘I’m probably not going to be able to come here anymore.’” Serrano explained that the letter was wrong, the clinic is part of the Medi-Cal managed care network and that Garcia could continue coming.

Altogether, 483,800 Californians received the mailings about the Medi-Cal transition, and 246,023 were incorrect. They live in 11 counties, including Los Angeles, San Francisco and Sacramento.

Soon after state health officials learned about the mistake, they responded by sending out an updated letter. That notice reads in bold, “Corrected Information About Your Health Care Coverage! Your primary doctor or clinic does work with Medi-Cal managed care, so you can keep seeing them for your care.”

California Department of Health Care Services spokesman Norman Williams said the state made an error and would work hard to make sure it doesn’t happen again. “I still believe it will be a smooth transition,” he said.

But Community Health Alliance of Pasadena’s Chief Financial Officer Sergio Bautista isn’t convinced. The clinic has about 4,000 Healthy Way LA patients who will be automatically transitioned into Medi-Cal. Clinic staff across the state are calling and meeting with patients to reassure them that they don’t have to leave when they get Medi-Cal.

“I was skeptical when the county and state were telling us that it was going to be seamless,” he said. “The patients are hearing all these problems about how the Affordable Care Act is not working. … Injecting this other problem into the mix is compounding the issue, rather than clarifying it.”

Throughout the state, counties were eager to participate in the bridge to reform program as a way to cover the uninsured and assign them to “medical homes” where they would see regular doctors. The idea was that when the patients became eligible for the health law’s expanded Medicaid and could choose where to get treatment, they would stay where they were. Under the program, counties paid half of the bill and the federal government paid the other half. In 2014, when the bridge to reform program shuts down, the federal government will pay for 100% of the care.

Many of the patients in those programs receive coordinated care for their chronic diseases and access to specialty and mental health care, according to Dylan Roby, part of a team at the UCLA Center for Health Policy Research that is evaluating the program. As a whole, Roby said the program is showing a decrease in emergency room visits and hospitalizations.

In addition, the expansion of coverage helped California and the counties prepare for an expected influx of newly insured patients. While other states are just now bracing for the Medicaid expansion, California has been working for years on getting patients covered, Roby said.

“A lot of that population has already been dealt with in California,” he said. “They will be a lot easier to manage.”

In Los Angeles County, about 290,000 people enrolled in the local coverage program after being screened for income, residency and age requirements. There is an overwhelming number of uninsured people in the county and this was an opportunity to reach them ahead of time, said Shari Doi-Hatcher, who heads Healthy Way LA for the county Department of Health Services. “Not only do they have health coverage today, but it makes it easy for them in 2014,” she said.

Los Angeles County officials, who have been working with the state on the transition to Medi-Cal for months, were frustrated by the state’s incorrect mailing, Doi-Hatcher said. Patients got the letters and were scared, confused or just plain angry, she said, and the letter contradicted one of the county’s main messages – that people can stay where they are for care.

“It makes it more challenging,” she said. “We have been aggressively trying to message, ‘We want to keep you, we want to be your provider.’”