California spends less per person than any state on diabetes prevention programs, even as one in 12 California adults is estimated to suffer from the chronic disease, according to a new report from the California State Auditor.

Using only federal grants, California spent just 3 cents per person on diabetes prevention in the 2012-2013 fiscal year, compared to New York’s 42 cents per person in state and federal money that year, the report noted. 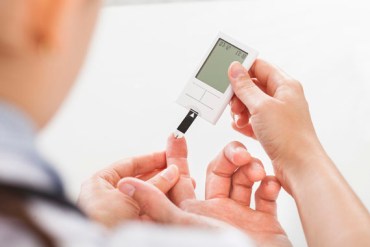 No state funding is available for diabetes prevention in California, although the Department of Public Health has solicited the federal grants for programs in some counties, according to the report. The audit takes the agency to task for not doing more.

A California Department of Public Health spokesman said no one was available for comment on Friday.

Because of declines in federal funding, California in 2012 shuttered nine regional centers devoted to reducing gestational diabetes. Now it has just website with information on the condition, which can affect nearly 10 percent of pregnancies.

But the state is not alone in underfunding prevention efforts, according to advocates.

“I know we’re on the bottom of the pile on this, but what money is out there for diabetes is just a pittance across the country, when you look at the size of the problem of diabetes,” said Michael Chae, executive director of the American Diabetes Association’s regional office in Oakland, Calif. “I’d say you could take this report for most large states and it would read similarly.”

Diabetes is a chronic disease that occurs when the body either cannot make enough insulin to control blood sugar (type 1) or cannot process insulin normally (type 2). Although diabetes can be controlled with medications and lifestyle changes including diet and exercise, the yearly health care and related costs of the disease have been estimated at $27.5 billion in California alone, according to the American Diabetes Association.

The state auditor’s report acknowledged that the state public health agency appropriately spends its federal dollars. It also recently received new federal grants for diabetes prevention efforts in four counties. But the report faulted the agency for not doing more to identify additional funding and for not expanding programs to other counties with high diabetes rates. Auditors were able to identify two additional federal grants totaling $1 million that the state could have applied for but did not.

The auditor described the public health agency’s stated goal of preventing diabetes in 380,000 people by 2022 as “lofty.” It concluded, however,  that the agency “will need to do more than it has been able to in the past with its limited funding.”

Nationwide, nearly 30 million Americans live with diabetes and about 1.7 million people are newly diagnosed each year, according to the U.S. Centers for Disease Control and Prevention. More than 2.3 million California adults report they have been diagnosed with diabetes and many others are considered to have the disease but do not know it. Still others are considered to be at high risk, or “prediabetic,” based on their blood sugar levels.

Chae and other diabetes advocates said they have tried repeatedly over the years to persuade  lawmakers to devote state money to diabetes prevention, to little avail.

It’s challenging to convince lawmakers and the public to devote more money to diabetes prevention, Chae said, because the disease is often unfairly characterized as a lifestyle problem caused by poor choices such as unhealthful eating and inadequate exercise. In addition, it progresses slowly, and symptoms are often invisible for years.

However, years of state reliance on federal grants alone has resulted in uncoordinated programs and staffers who come and go as the grants do, said Joan Werblun, a retired nurse and longtime advocate who helped found the Diabetes Coalition of California.

“When you get these grants, you’re so tied into the specifics of the grants, and most of the time, it’s about data collection on how the grant is going,” Werblun said. “That’s where the money’s going. The state’s very happy to point at their projects, but they’re very small and there’s no continuation when the money’s gone. What we need are more people in the communities doing the work.”