California lawmakers this month will consider legislation that would impose a tax on prescription opioids such as OxyContin and Norco to raise money for addiction treatment and prevention programs.

The proposal, introduced by California Assemblyman Kevin McCarty (D-Sacramento), would not levy the tax directly on consumers but rather on opioid manufacturers and wholesalers, who would pay 1 cent per milligram at the drug’s first point of sale.

Legislative analysts have not yet conducted a fiscal review of the measure, which would require a two-thirds majority vote to pass.

A similar federal opioid tax measure is being considered by Congress. It, too, is intended to create a fund to treat and prevent addiction. In addition, the Alaska State Legislature is considering a 1-cent-per-milligram opioid tax.

Nationally, the sale of prescription opioids, and overdoses from them, have nearly quadrupled since 1999, according to the U.S. Centers for Disease Control and Prevention (CDC). Almost 2 million people misused or were addicted to the painkiller medications as of 2014, the CDC reports.

California health officials say that the number of deaths from opioids has leveled off in the state, but that emergency departments are seeing a steady increase of overdoses. And some counties still have overdose-related deaths that are two to three times the national average, according to the California Department of Public Health.

Proponents of California’s opioid tax measure say the funding is necessary because the majority of people who abuse these drugs lack access to the care they need.

“We must do more to help these individuals find hope and sobriety,” said McCarty. “This plan will provide counties with critical resources needed to curb the deadly cycle of opioid and heroin addiction in California.” 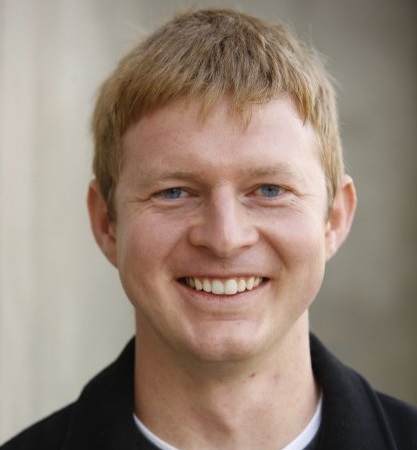 David Powell, an economist with the Rand Corp., recently co-published a study about the unintended consequences of a policy meant to limit access to opioids. (Courtesy of David Powell)

The Pharmaceutical Research and Manufacturers of America (PhRMA), a national trade association for drugmakers, opposes the California bill, saying that the industry is overtaxed and that the U.S. Drug Enforcement Agency already regulates opioids. Such a multifaceted social problem requires a comprehensive solution, PhRMA said, “rather than a narrow focus on one sector or aspect.”

In an interview with California Healthline, Rand Corp. economist David Powell said that while more funding would be useful to treat people addicted to opioids, it’s hard to predict whether the proposed tax would help prevent people from consuming the drugs in the first place.

Powell’s comments below have been edited for length and clarity.

Q: Would this proposed tax, in and of itself, reduce the prevalence of addiction to opioid painkillers?

My guess is that the taxes are going to end up being paid by health insurers in this case, including Medicaid and Medicare. … In general, people are going to be protected from the prescription drug taxes when purchasing the drugs, except that we’re all — whether we’re consumers of those drugs or not — going to have higher premiums.

Because the insurers are basically picking up the tax themselves, the price doesn’t change at all for consumers when they’re deciding whether or not to purchase more opioids. So it’s not going to reduce utilization that much.

Insurers could fight back and implement their own policies, like quantity limits or prior authorization, and it’s really hard to predict the benefits and costs of widespread implementation of policies like that.

Q: Can you say more about how people actually obtain opioids and whether you think the tax would reduce availability of them?

Most people who are using opioids for non-medical purposes report getting them from a friend or a relative — not from a doctor. The doctors are an important source as well, but there’s this medicine cabinet effect, which is pretty important.

The other big question here is, how do people get initiated into opioid use and abuse, and that’s something we really don’t know much about. How many people with opioid addiction problems started with a medical need for the drug versus how many started using them with little medical need? That determines whether this kind of policy makes sense or almost any policy makes sense. We’re a little bit blind at this point.

Q: Do you think having this pot of money for treatment and prevention of addiction would be beneficial in reducing overdoses?

That makes sense to me. There is a lot of research showing that treatment works. Having more access to substance abuse treatment centers does reduce all these harms, including overdoses. So the question is, do we want to do that regardless of whether you like the tax or not?

[In the federal bill], we’re talking about a billion dollars for substance abuse treatment centers and lots of other things. The best metric we have on the total annual economic cost of opioid abuse is $80 billion. That doesn’t include the deaths. Seems like $1 billion is a relatively small investment, with possible huge payoffs.

Q: What other policies would you recommend to prevent people from becoming addicted and to avoid overdoses?

Unfortunately, this is the part where the research is so new. We don’t really have a solid, “This is the most effective way to fight the opioid epidemic right now.” It sounds like a cop-out, but you have to take a comprehensive approach, and do a lot of things.

There’s been mixed evidence about whether prescription drug monitoring programs work, but there is some research that certain types of those programs are effective. So you want to have that, and you also want to increase drug treatment centers.

Q: Taxes on alcohol and tobacco have reduced consumption of those substances. Do you think taxing opioids is different?

In principle, they’re comparable. But the cost-sharing aspect, or the lack of cost-sharing — that the individual is not going to pay the full tax — is really the big difference.

The magnitudes are also really different. Cigarette taxes are really high. The opioid tax proposal is actually kind of small.

Can We Tax Away The Opioid Crisis?