Thousands of consumers who were granted a reprieve to keep insurance plans that don’t meet the federal health law’s standards are now learning those plans will be discontinued at year’s end, and they’ll have to choose a new policy, which may cost more. 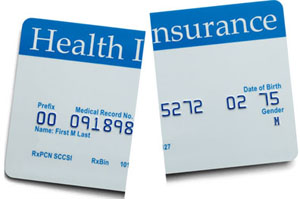 Cancellations are in the mail to customers from Texas to Alaska in markets where insurers say the policies no longer make business sense. In some states, such as Maryland and Virginia, rules call for the plans’ discontinuations, but in many, federal rules allow the policies to continue into 2017.

Insurers sending the notices to some customers include Anthem, one of the largest insurers in the country, Baltimore-based CareFirst, Health Care Services Corporation in Chicago, Kaiser Permanente in Oakland, Calif., Humana in Louisville, Ky., and Golden Rule, an Indianapolis subsidiary of UnitedHealth Group.

One reason behind the switch is that insurers determined they can make more money selling plans that comply with the Affordable Care Act, often at higher premiums that may be subsidized by the government.

Last year, similar cancellation letters sent to more than 2 million customers created a political firestorm for President Barack Obama, who had repeatedly promised that “if you like the plan you have, you can keep it.”

In response, the administration encouraged states to allow insurers to extend existing plans, even if they didn’t meet the health law’s standards.  Both states and insurers had to agree to the deadline extension and not all did.

It is unclear how many consumers might be affected by the latest round of cancellations, happening in the weeks leading up to Election Day, which could play into the hands of the law’s critics.

Still, experts anticipate less of a backlash this time, noting that the furor last year came amid the disastrous rollout of the federal health insurance website, while this year’s enrollment is expected to be smoother.  In addition, fewer people will be affected.

“We all knew this day was coming that insurance companies would transfer to plans that were fully compliant with ACA,” said Carmen Balber of Consumer Watchdog, a Santa Monica, Calif.-based advocacy group. “That’s a good thing. We supported the delay a year ago because consumers didn’t have the time or ability to appropriately shop for plans … But it’s time.”

Policyholders will have the choice to switch to different coverage from the same insurer, or buy from another one during open enrollment, which begins Nov. 15.

“Consumers whose private insurers choose to discontinue their plans may have access to better options through the health insurance marketplace … [including] the opportunity to qualify for financial assistance  to help them afford premiums, and improved consumer protections,” said Ben Wakana, a spokesman for the Health and Human Services Department.

More than two dozen states allowed the plans to be renewed, although in some cases for only a year. In California, regulators required individual plans that fell short of the health law to be discontinued by the end of 2013, but allowed those offered by small businesses to continue through 2015.

While there is no national tally of how many people might be affected, brokers and insurers report that many individuals and small businesses renewed the old policies, if they had the choice, because they often cost less than new coverage.

Reasons such plans fall short of the health law vary, but some fail to include benefits like maternity or prescription coverage or set consumer costs that could exceed the law’s annual limit of $6,350 per individual, or $12,700 for a family.  Many based their premiums on the policyholder’s health or excluded coverage for pre-existing medical conditions, both of which are no longer allowed.

Not all insurers decided to renew the policies, even in states where they were allowed to do so. Those that did, however, are now re-evaluating for 2015.

“It’s in the best interest of our customers and for the long-term viability of the marketplace,” said Greg Thompson, spokesman for Health Care Services Corporation (HCSC), which is discontinuing such plans in New Mexico, Texas and Oklahoma.

Even as some consumers complained last year that their plans were getting canceled, the president’s effort to extend the plans sparked controversy.

Regulators in states such as Washington refused to allow such policies to continue. They said that premiums for those who purchased new coverage that met the law’s standards could be driven higher if healthier or younger people were able to hang on to their older, non-standard plans.

Thompson said that was one factor in HCSC’s decision.

“The whole thing with … [the federal health law] is you ultimately need to create a single risk pool,” he said. “You can do it over time, or do it now.”

Another concern for insurers is that some of the old policies pay out scant medical benefits because they carry large deductibles, their policyholders are relatively healthy or they have limited benefits.  As a result, experts say, they put insurers at risk of violating the law’s requirement that they spend at least 80 percent of premiums on health care or pay consumers rebates.

Though insurer HCSC declined to say how many cancellations it is making for next year, some companies disclosed numbers. Kaiser Permanente is sending letters to about 3,500 customers in the Mid-Atlantic region, reflecting decisions by Maryland and Virginia regulators to permit the plans only through this year, said spokesman Chris Stenrud. The District of Columbia never allowed the extensions.

Hawaii allowed Kaiser to extend plans through 2017, he said, while Georgia is permitting consumers to renew their plans through next year. In Oregon, where Kaiser has about 1,500 such policies, state lawmakers allowed plans to be extended through 2015.

Anthem is discontinuing non-compliant individual plans in Indiana, Virginia, Connecticut and Nevada, and also dropping small business plans that don’t meet the law’s standards in Nevada, New York, Connecticut and Virginia.  CareFirst is sending notices to those who hold such policies in Virginia and Maryland.

“The decisions reflect the unique market conditions in each state,” said Anthem spokesman Tony Felts, who declined to say how many customers will be affected.

UnitedHealth Group, which sells individual insurance through its Golden Rule subsidiary, is sending letters to about 1,100 customers in Kentucky, while Humana is discontinuing about 6,500 policies there, according to Kentucky’s insurance department.

In Alaska, Moda Health has told regulators it plans to discontinue its non-compliant plans, affecting about 800 customers, while Premera Blue Cross will continue the old policies, according to the Alaska Dispatch News.

Sabrina Corlette, senior research fellow at Georgetown University’s Center on Health Insurance Reforms, said that even if some consumers have to pay more for new policies, they will get greater protections. For instance, new employees joining small business plans cannot be told their insurance will not cover pre-existing conditions, a practice forbidden in new plans.

“Many people will be able to enroll in new coverage with financial assistance that would make premiums more affordable,” she said.