Carol Marley wants everyone to know what a life-threatening cancer diagnosis looks like in America today.

Yes, it’s the chemotherapy that leaves you weak and unable to walk across the room. Yes, it’s the litany of tests and treatments — the CT scans and MRIs and biopsies and endoscopies and surgeries and blood draws and radiation and doctor visits. Yes, it’s envisioning your funeral that torments you day and night.

But none of these is her most gnawing, ever-present concern.

That would be the convoluted medical bills that fill multiple binders, depleted savings accounts that destroy early retirement plans, and so, so many phone calls with insurers and medical providers.

“I have faith in God that that my cancer is not going to kill me,” said Marley, who lives in Round Rock, Texas. “I have a harder time believing that this is gonna get straightened out and isn’t gonna harm us financially. That’s the leap of faith that I’m struggling with.”

Coping with the financial fallout of cancer is exhausting. And nerve-wracking. But the worst part, Marley said, is that it’s unexpected. When she was diagnosed with pancreatic cancer last summer, she didn’t anticipate so many bills, or so many billing mistakes. After all, she is a hospital nurse with good, private insurance that allowed her access to high-quality doctors and medical centers.

Randall Marley, a computer systems engineer, said he frequently comes home from work to find his wife not feeling well and frustrated having spent a precious day of her recovery making phone calls to understand and dispute medical bills. One recent night she was in tears and “emotionally at a breaking point,” he said. “The hardest part of this is seeing the toll it’s taken on my wife.” 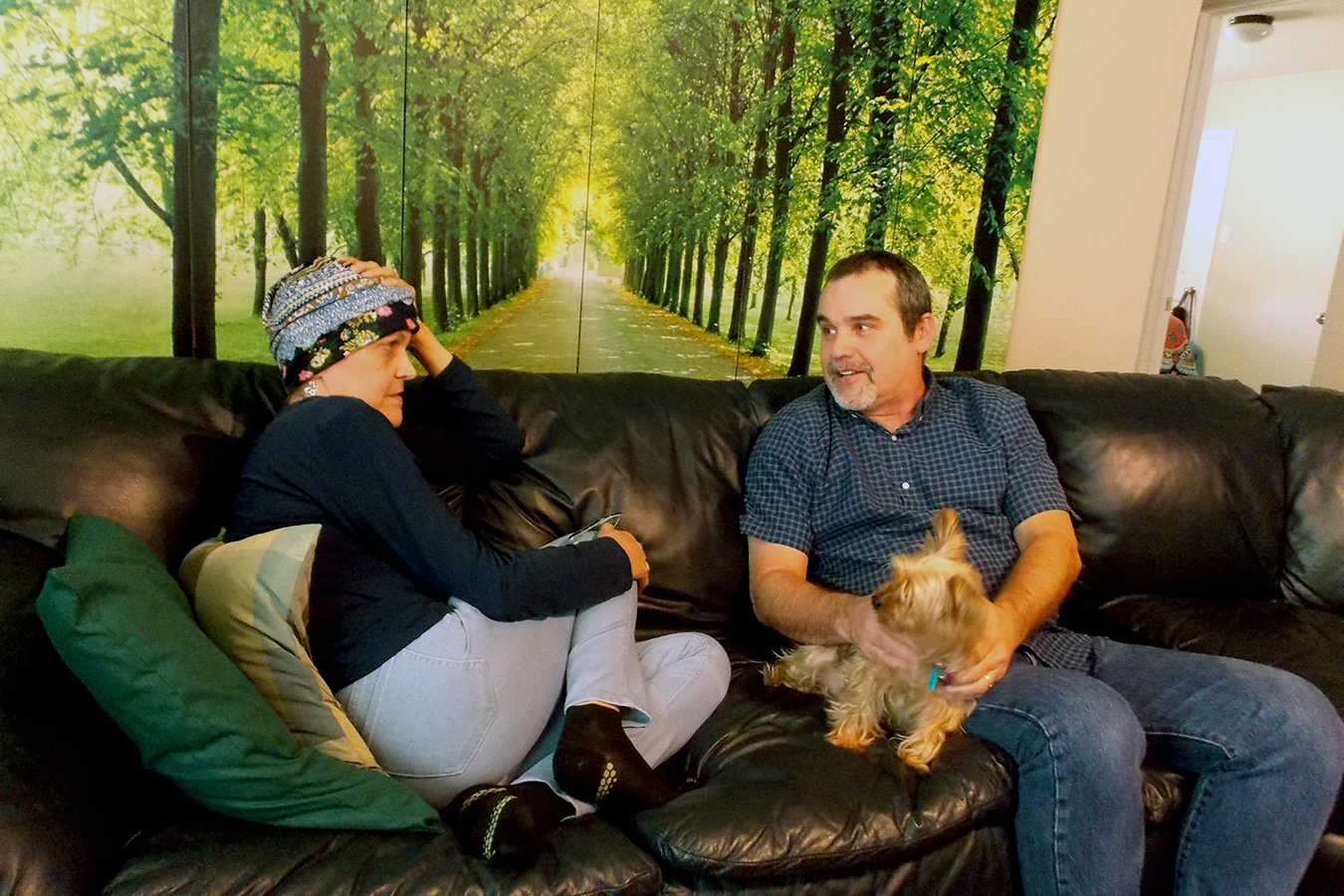 Randall Marley says he frequently comes home from work to find his wife not feeling well and frustrated about the medical bills.(Anna Gorman/KHN)

Piling On The Pain

More than 42 percent of the 9.5 million people diagnosed with cancer from 2000 to 2012 drained their life’s assets within two years, according to a study published last year in the American Journal of Medicine. Cancer patients are 2.65 times more likely to file for bankruptcy than those without cancer, and that puts them at a higher risk for early death, according to research.

But those statistics don’t convey the daily misery of a patient with a life-threatening disease trying to navigate the convoluted finances of U.S. health care, while simultaneously facing a roller coaster of treatment and healing.

Stephanie Wheeler, a professor at the University of North Carolina at Chapel Hill, said the number of bills coming from different providers can be overwhelming.

“It’s oftentimes multiple different bills that are rolling in over a period of several months and sometimes years,” said Wheeler, who has conducted survey research with metastatic cancer patients. “As those bills start to accumulate it can be very stress-inducing.”

Given many patients cannot work during treatment, these bills may force even relatively well-to-do cancer patients to take out second mortgages, spend college savings or worry about leaving debt behind for their families, Wheeler said.

Carol Marley is a slight woman who dotes on her two dogs and is involved in her church. Her 88-year-old father, who has dementia, had moved in. She and Randall pride themselves on living frugally. They pay their credit card off every month and don’t have car payments. 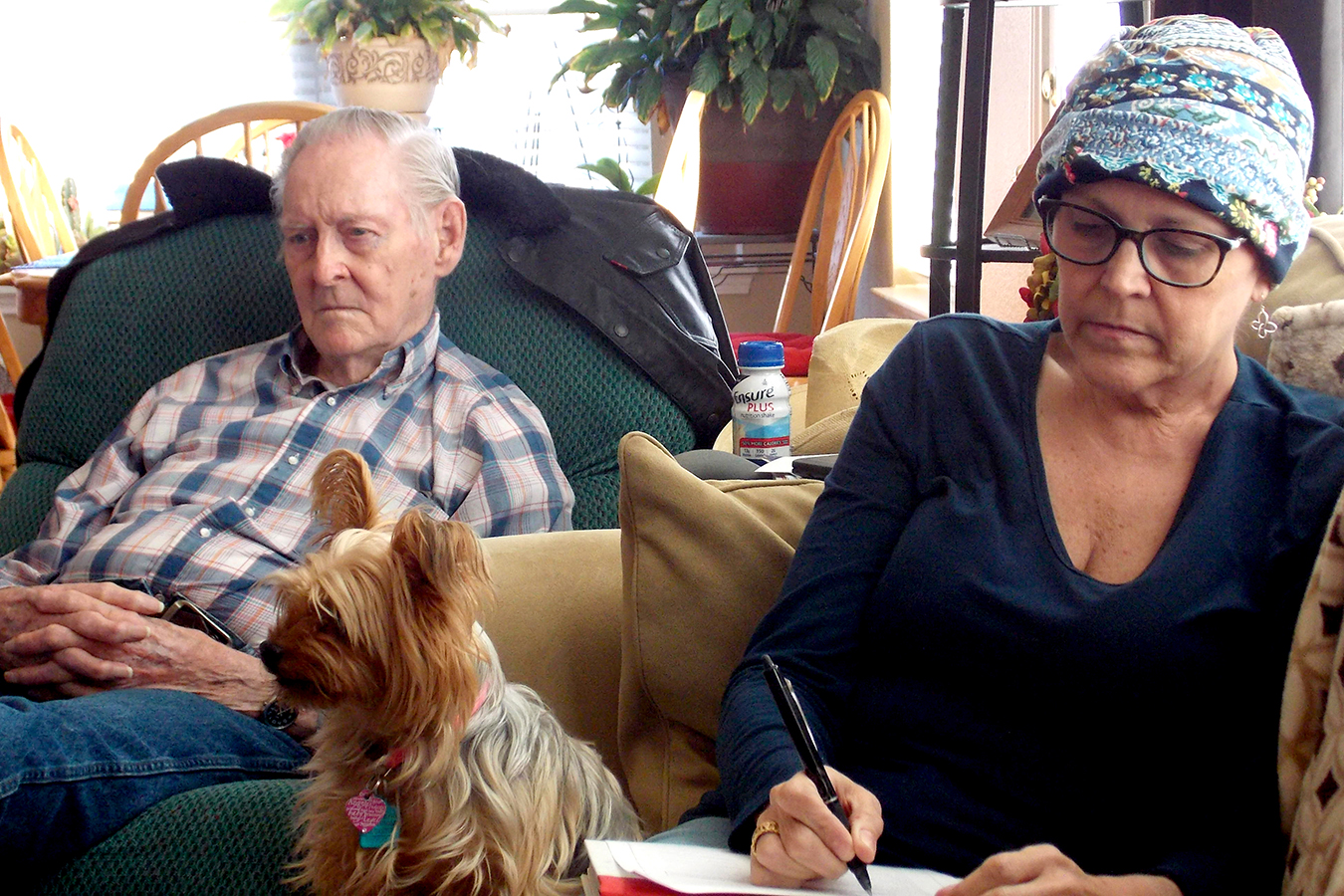 After Carol Marley was diagnosed with pancreatic cancer last July, she says, she worried what it would mean for her family, including her 88-year-old father with dementia.(Anna Gorman/KHN)

Marley and her daughter, June Marley — a second-year college student — have health insurance through her employer, Ascension Health, a large, faith-based health care system with facilities across the nation. Her husband has separate insurance through his job.

They were hoping to retire early, buy an RV and drive around the country. Instead, they see their meticulous plans disappearing, even if Carol recovers. Their high-deductible insurance policy meant they had to spend $6,000 before their insurance started covering her treatment expenses. They hit their annual out-of-pocket maximum of $10,000 well before the year was over. But Carol Marley said she was prepared for that. “What I didn’t anticipate is the knock-down, drag-out fight that I would have to engage in to get people to see there were errors and address it.”

Since she’s unable to work, the family lost her nursing salary.

“Money is not coming in, and it’s going out by the thousands,” she said.

Marley had treated cancer patients before. She had seen them come in with unexplained aches and leave with devastating diagnoses. Now it was her turn. Though she didn’t recognize it at the time, her symptoms were textbook. Fatigue. Back pain. Weight loss. In July, doctors told her she had pancreatic cancer.

Her first thought was that she was going to die. A nurse friend asked if she had her affairs in order. That’s because pancreatic cancer is usually discovered too late. Just 9 percent of patients are alive five years after diagnosis, compared with 90 percent of breast cancer patients. Marley knew she was lucky. Hers hadn’t spread. She might be able to undergo surgery. But first, four months of chemotherapy and five weeks of radiation.

The chemotherapy — seven or eight rounds, she can’t quite remember — drained her. “I couldn’t put words together in my head,” she said. She had muscle spasms and developed fevers that landed her in the emergency room.

As she became weaker, Marley realized she could no longer care for her father at home. On a recent morning in early January, Marley sat down with nurse from a memory care facility where a space had become available. Holding back tears, Marley told the nurse she knew this day would come. “I didn’t think it would be so soon, and I didn’t know under these circumstances.”

Becoming Her Own Patient Advocate

Later that same day, Marley’s energy was up. She adjusted the colorful scarf on her head, turned on her computer and pulled out a pen. Some days, Marley said, she spends hours trying to clarify and fix medical bills. “But I don’t do that frequently because it is so fruitless and it is stressful,” she said.

Often, she is just trying to figure out what different bills mean. “Even as a nurse, I feel like it’s impossible to understand,” she said. “I can’t make heads or tails of it.”

Sometimes there are errors.

Part of the problem, she contends, is that one insurance company covers visits with Ascension providers and hospitals and another company covers pharmacy claims and specialty drugs and providers outside of the Ascension network. Some of the bills, including one for $1,400 from an ER visit — were sent to the wrong insurer, she said.

Marley cited other issues. An $18,400 chemotherapy bill submitted with missing information and then denied because it arrived late. A $870 MRI bill denied because the provider said there had been no preauthorization.

“It’s not any one individual. It’s not any one system or provider,” she said. “The whole system is messed up. … There’s no recourse for me except to just keep making phone calls.” 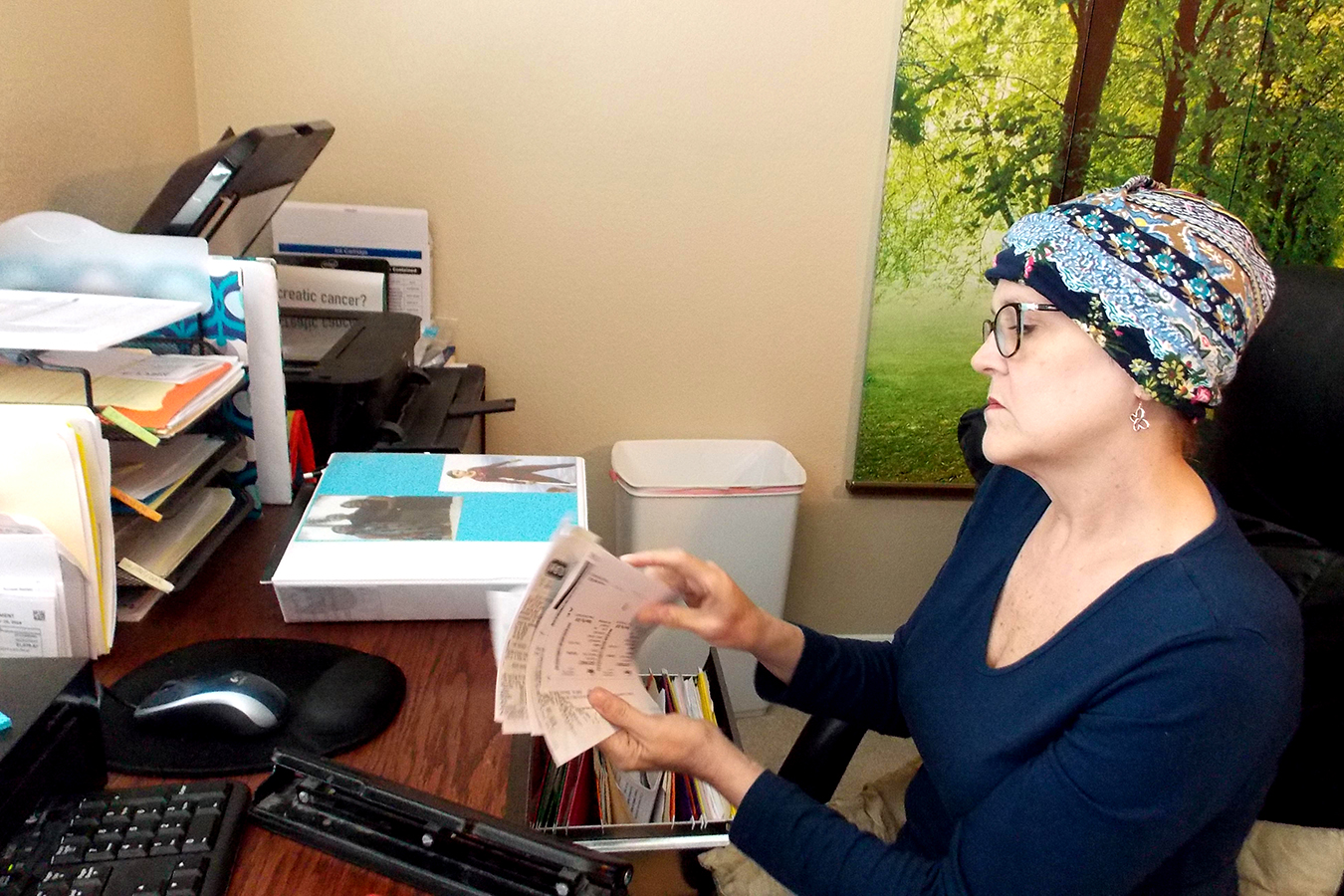 Carol Marley says often, she is just trying to figure out what different bills mean. “Even as a nurse, I feel like it’s impossible to understand,” she said. “I can’t make heads or tails of it.”(Anna Gorman/KHN)

On this particular afternoon, Marley has a long list of calls to make. One to figure out why she couldn’t access her insurance claims online. Another to a medical provider that urged her to pay $380, even though they acknowledged they owed her about $80 of that total.

Someone who answered the phone again suggested Marley pay the entire amount. “Once it’s posted to your account and it goes through,” the woman said, “we would send you a check.”

Marley shook her head. “I’m sure y’all are fine people over there, but I’m not trusting a refund to come,” she responded, reflecting on her experience as a consumer of cancer care. “The problem is, they want their money and they are going to get it one way or the other.”

As for her hospital bills, Ascension declined to comment, citing protected health information. But spokesman Nick Ragone said, “The matter at issue was favorably resolved.”

He did not say which issue was resolved.