When Health and Human Services Secretary Kathleen Sebelius visits Frager’s Hardware Store near the U.S. Capitol Monday, where she is expected to release the much-anticipated proposed regulations on the health insurance exchanges, she’ll face many skeptics. 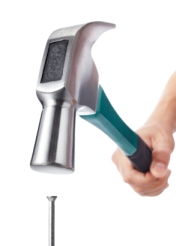 John Weintraub, the store’s co-owner, is one of them. “I am not confident at all that Obamacare will lower my costs,” Weintraub told KHN Friday. “It seems like whenever the government does get involved in something like this,  it never works out.”

Starting in 2014, an estimated 16 million Americans are expected to get health insurance coverage through the exchanges, online marketplaces created under the 2010 health law. Most will be individuals or workers from small employers.

Like many employers, Frager’s has struggled to keep pace with the rising cost of providing health insurance to its workers, Weintraub said. His store on Pennsylvania Avenue pays half the cost of coverage for its 25 full-time employees and dependents.  He’s been able to control some of the increase in premiums by raising the annual deductible on employees from $1,000 to $2,500. The store, though, helps pick up that extra deductible cost for employees. “We constantly have to find creative ways to keep the costs down,” he said.

Weintraub said he believes his store was selected as the site of the announcement because some HHS staff are customers and are familiar with the business that’s been around for 90 years. The store was used by President George W. Bush in 2006 to plug the strength of the economy. While there, Bush picked up a couple of chew toys for his dog, Barney.

Weintraub said he has not closely followed the health overhaul debate. He said one customer called him Friday to complain that he’s allowing the Obama administration to use his store to promote the health law. But Weintraub is hopeful the free publicity will be good for business.