The federal government’s first survey of the nation’s insured rate since the health care law’s new marketplaces began found a decrease in the number of adults without coverage, particularly among young adults. 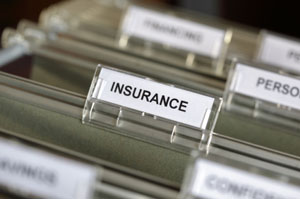 The survey, based on data for 27,627 people and released Tuesday by the Centers for Disease Control and Prevention, provided an incomplete picture of the effect of federal health law, as its interviews occurred from January through March. Since the Obama administration estimated that nearly half of the 8 million people who signed up for Medicaid or private insurance plans in the new marketplaces did not do so until near or at the conclusion of the enrollment period at the end of March, many of those people’s new insurance status were not captured in the survey.

Two surveys released by the Census Bureau also on Tuesday offered their own estimates of the uninsured rate in 2013, but did not provide any information about how those numbers may have changed this year.  The Current Population Survey Annual Social and Economic Supplement found 42 million people, or 13.4 percent of the population, lacked insurance. The 2013 Annual Community Survey pegged the 2013 rate as slightly higher: 14.5 percent, a 0.2 percentage point decrease from 2012.

Usually the Current Population Survey, which interviewed people from about 98,000 households, is the benchmark for the nation’s uninsured rate. But it has less value than usual this year. By only covering 2013, it did not pick up the health law’s coverage expansion that began this year. In addition, the Census Bureau altered the questions it asked,  complicating any effort to compare the results with those from previous years. (Last year’s report said that about 48 million people, or 15.4 percent, were uninsured in 2012, essentially the same as in 2011.)

Private groups have been tracking the uninsured rate in a more timely fashion than the Census has, finding reductions of 8 million or more in the number of adults without health insurance.

By early June, the Urban Institute, for instance, estimated that the uninsured rate for adults under 65 was 13.9 percent, down 4 percentage points from fall 2013, a change of 8 million.  Another think tank, the RAND Corp., had a higher estimate of 9.3 million adults gaining coverage between September 2013 and March 20, bringing the uninsured rate down from 20.5 percent to 15.8 percent.

Other findings about health coverage in 2013 in the Current Population Survey that will be useful for comparison in future years include:

–A quarter of Hispanics—24.3 percent—lacked insurance in 2013. For blacks, 15.9 percent didn’t have insurance, while 9.8 percent of non-Hispanic whites were uninsured.