Somewhere between 13 and 20 percent of kids in the United States experience some sort of mental illness, according to a new report from the Centers for Disease Control and Prevention. That adds up to millions of children suffering from disorders like ADHD, depression, autism and illicit drug use.

The total annual cost of the illnesses? About $247 billion a year.

The study, published as part of the CDC’s weekly journal MMWR, is the first time that federal researchers have sought to compile estimates of how many children have specific mental disorders and describe federal efforts for monitoring the issue.

The prevalence of mental disorders in kids seems to have increased over the past 15 years as well (though the growth could reflect better monitoring and awareness, rather than more kids actually being sick). And they seem to be sicker: inpatient hospital admissions for mental health and substance abuse issues increased by nearly a quarter from 2007-2010. Suicide was the second leading cause of death for kids aged 12-17.

The CDC put together this handy infographic to chart the prevalence of various illnesses. ADHD is the most common diagnosis, followed by behavioral and conduct problems. 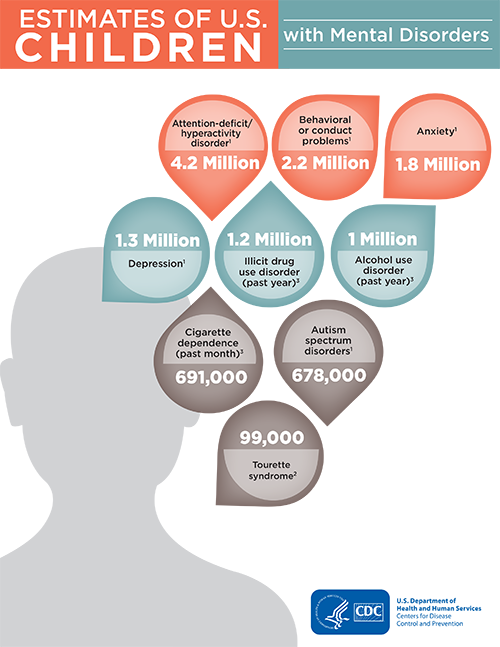