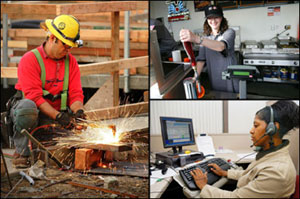 Consumers and employers who buy health insurance are scrambling to understand what will change in their premiums and benefits once provisions of the recently passed law go into effect.

Unlike state insurance laws, which mostly affect policies individually purchased or offered through small and mid-sized businesses, the new federal legislation applies more broadly to nearly all types of private plans, say insurers and employer benefit experts. That includes policies offered by large self-insured employers, through whom about half of the nation’s covered workers get their insurance.

Some new rules  such as barring insurers from rejecting children with medical conditions or from canceling policies retroactively  are aimed at problems that mainly affect the 17 million people who buy their own insurance in the so-called non-group market.

But even the approximately 175 million Americans who get group coverage through their jobs will see changes.

“We’re getting a lot of calls (asking) … to translate what this law means,” says Kelly Traw, a principal with benefits consultancy Mercer. “That’s a daunting task right now.”

Part of the confusion is that some of the specifics for changes to policies and benefits are not spelled out in the law. While some changes mandated by the new law appear fairly straightforward  no lifetime caps on coverage, for example  others provisions are missing crucial details, which must be clarified by the Department of Health and Human Services (HHS) in regulations.

It will be up to the HHS secretary, for example:

–To define the breadth of coverage in an “essential benefits package.”

–To determine how insurers will calculate how much they spend on direct medical care, a key point because insurers who don’t meet specific spending benchmarks must issue rebates to consumers.

An HHS spokesman would not provide any details on when regulations will be issued. But, with some provisions set to go into effect by the end of September, pressure is on to move quickly.

Among the unknowns is the effect on premiums in the next couple of years. New taxes on drug companies, device makers and insurers don’t begin until at least 2012. But when they do, many economists expect that the increases will be passed along to employers and consumers. Barring insurers from setting lifetime coverage limits may also put upward pressure on premiums.

Over time, however, the Congressional Budget Office has estimated that some of the new rules  such as the creation of an online marketplace for insurance purchases  could result in savings that may slow premium growth for some types of coverage.

By 2016, when the law is expected to be fully implemented, the CBO estimated that large employers would not be paying more in premiums than they would have done without the new law. That same year, small employers and their workers might see a slight decrease in premiums or up to a 1 percent increase, the CBO said.

Individuals could see premium increases of 10 percent to 13 percent, mainly because the coverage purchased would be more comprehensive than what is often purchased in today’s market. For about half of the people buying their own coverage, those increases would be offset by federal subsidies, the CBO said.

However, because of the rising cost of medical care, premiums are expected to increase faster than the cost of living, as they have for many years.

Many of the major changes in the legislation don’t go into effect until 2014. Those include:

–The requirement that nearly all Americans carry coverage.

But some changes affecting insurance policies will come more quickly. Unless otherwise noted, these changes become effective on policies on the first renewal date after Sept. 23. For those with job-based coverage, that may mean a Jan. 1 date, or even later in 2011. They include:

— No More Lifetime Limits on Coverage: Insurers and employers can no longer cap the amount spent on essential medical care over a person’s lifetime. Such limits are used to help hold down premiums and are more common in policies purchased by individuals. But about 16 percent of workers receiving insurance through an employer currently have a plan that caps coverage at between $1 million and $2 million, while 43 percent of covered workers have caps of $2 million or more, according to an employer survey by the Kaiser Family Foundation. (KHN is a program of the foundation.)

The law bars the practice on all existing and new policies, according to analyses by insurers and employer groups.

— New Restrictions on Annual Limits:  Some insurance plans set annual dollar limits on coverage. Such practices will be prohibited for “essential benefits” for all new policies and for existing policies offered by employers. Existing policies in the non-group market will not be held to this standard. Specifics of the restrictions and the definition of “essential benefits” are yet to be developed by HHS.

— Insurers Can’t Cancel Retroactively: Until now, insurers have been able to retroactively cancel policies, citing missing or incorrect information on applications for coverage, a practice that left some policyholders owing tens of thousands of dollars.  The industry says such cancellations are necessary to combat fraud, but critics say they are improperly used to rid insurers of patients with costly illnesses. The new law bars the practice for all new and existing policies, except in cases of outright fraud.

— Kids Can Join Your Plan: Young adults up to age 26 can join or remain or remain on a parent’s policy, so long as they aren’t eligible for coverage under their own employer’s policy. Some questions remain and may be answered by regulations now being drawn up by HHS. Insurers and employers are also barred from rejecting children under 19 with pre-existing medical problems or excluding coverage for those conditions.

— Insurers Must Detail Spending, Face Rebates: This year, insurers must report how much revenue they spend on direct medical care versus administrative costs, which include such things as new equipment, disease management, executive salaries and profits. The HHS secretary must define what are considered administrative costs. Next year, if insurers fail to spend at least 80 percent of revenue (85 percent in large employer plans) on medical care, they must issue rebates to consumers and employers. Many large group insurers already meet those standards; a bigger impact could come in policies in the individual market.

— Premium increases must be reported: Insurers must report their premium increases to the HHS secretary and provide justification for the increases. The rules apply to all new and existing policies, except self-insured employer plans.

— Employers face new rules, rebates, costs: All new policies offered by employers must include both an internal and external appeals process so workers can contest coverage and other benefit decisions. The definition of a “new plan,” isn’t clear. It’s possible it could include an employer who switches insurance carriers.  HHS is expected to define that in regulations. Employers that offer drug coverage to retirees will lose the ability to deduct a 28 percent federal subsidy in 2013, but must report the effects on financial statements this year. Some employers may drop or reduce such coverage for retirees as a result. Conversely, employers that cover early retirees’ medical costs will be able to apply for reimbursement of 80 percent of some expensive medical claims.