Medicare’s prescription drug program was controversial when it arrived, but a decade later it is widely considered to be a Washington success story. Now, though, the Obama administration is proposing a series of significant changes to fix what critics say isn’t broken.

Administration officials say they want to help beneficiaries make good choices and save taxpayers money.   But some patient groups, pharmaceutical manufacturers and lawmakers in both parties are pushing back against various elements. 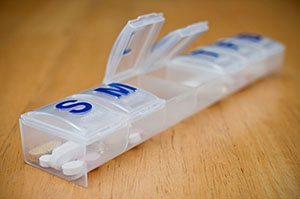 The regulation would affect several aspects of the Medicare drug program, also known as Part D, ranging from new limits on the number of plans insurers could offer consumers to new rules about what drugs those plans must cover. It also would prohibit exclusion of pharmacies from a plan’s “preferred pharmacy network” as long as they agree to the plan’s terms and conditions.

The administration’s proposal would “touch everything from formularies to bidding, to the interaction between plans and pharmacies, to audit requirements, to which providers are going to be eligible to prescribe Part D drugs,” said Lisa Joldersma, vice president of public programs policy at Pharmaceutical Research and Manufacturers of America, an industry trade  and lobbying group. She worked at the federal Centers for Medicare & Medicaid Services (CMS) in legislative affairs when the drug benefit was created and in a second stint where she focused on the health law. “There is something [in the rule] that touches every single stakeholder in the Part D world.”

Critics of the regulation say it’s an example of classic government overreach – meddling with a successful program that seniors like and costs the government billions less than predicted.  “Only in Washington would there be a big government solution in search of a problem that does not exist,” said Rep. Michael Burgess, R-Texas. But Jonathan Blum, principal deputy administrator for CMS, said while it’s important to celebrate Part D’s success, its vulnerabilities must also be addressed.

Blum says the Part D changes are part of the agency’s ongoing effort to strengthen the program, which was created in 2003, while giving its 38.5 million beneficiaries better choices. The proposal was released in January and next Friday is the deadline for public comments. CMS has given no timeframe for when final regulations would be issued.

CMS’ plan to alter Part D has hit heavy opposition. In a letter to CMS, more than 200 groups representing patients, seniors, health insurers, drug makers and business urged the agency to withdraw the proposed rule. The groups say it would “dramatically expand the federal government’s role in Medicare Part D despite the fact that there is no compelling reason for doing so.” If it becomes law, “millions of seniors and beneficiaries with disabilities would lose their current plan of choice or face changes in coverage,” they wrote.

Opposition is growing on Capitol Hill as well.  A bipartisan majority of the Senate Finance Committee wrote to CMS Administrator Marilyn Tavenner on Friday to object to the proposed rule. Given Part D’s “remarkable success, we are perplexed as to why [CMS] would propose to fundamentally restructure Part D by requiring immediate, large-scale changes to the program that have direct consequences for beneficiaries. Many of the proposed changes are untested and unstudied and could result in significant loss of beneficiary choice, access and consumer protections.”

But some of the proposal’s elements have won praise from seniors’ advocates. A plan to limit the number of Part D plans a company can offer in any one region – a proposal criticized by some Republican members of Congress for restricting seniors’ choices for coverage – may actually help ease confusion among seniors, said Joe Baker, president of the Medicare Rights Center.

“We observe that older adults and people with disabilities find choosing among a large number of Part D plans a dizzying experience,” he said. “Most people with Medicare fail to reevaluate their coverage options on an annual basis, largely because there are too many options and too many variables to compare.”

According to the Congressional Budget Office, the Medicare Part D program cost the federal government 45 percent less than forecast from 2004 through 2013. But CMS expects costs to climb. Government subsidies for insurers in high-risk markets and low-income cost sharing subsidies continue to increase, Blum told the House Energy and Commerce subcommittee on health last Wednesday. New, expensive biologic therapies will also likely add to the total bill.

Blum noted several elements of the proposal that would reduce costs. Lifting some restrictions on drugs that must be covered will give Part D plans more power to negotiate discounts, which will save taxpayers money, CMS asserts. In addition, the agency says, changing the rules about how Part D “preferred pharmacy networks” operate will produce savings for the government. The proposed regulation would also give the agency new ways to fight waste and fraud. The agency estimates the proposed changes would save $1.3 billion between 2015 and 2019.

“We also have to recognize that in some circumstances, due to current regulations, market-driven competition among Part D sponsors is not bringing down costs as efficiently as it could,” he said.

The battle over the proposed changes to the Medicare drug program comes as some congressional Democrats are nervous about the party’s vulnerability on health care issues.

Republicans have made repeal of President Barack Obama’s health care law central to their campaign to take control of the Senate and keep the House in the fall elections. The idea of eliminating some Part D plans because they are duplicative of current offerings – CMS’s rationale for the proposed change — has helped Republicans revive criticism of the president’s “if you like your plan you can keep it” pledge on the health law.