, produced in partnership with KHN. All rights reserved.

Jennifer Moxley of Charlotte had her children early, so when she had problems with her birth control method she decided to get a tubal ligation.

Under the Affordable Care Act, that sterilization surgery is one of the preventive services that’s supposed to be fully covered by insurance. But when her gynecologist checked with her insurance company, Moxley was told she’d end up paying $9,000 for anesthesia, medication and the hospital room. 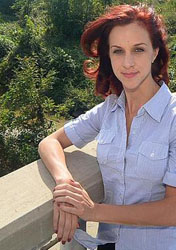 Jennifer Moxley of Charlotte wants a tubal ligation, defined as a fully covered preventive service under the Affordable Care Act. But she was told there were thousands of dollars in out-of-pocket costs to her. (Photo by Diedra Laird/Charlotte Observer)

In North Carolina and across the country, hidden costs have popped up on “fully covered” services ranging from contraception to cancer screening to annual checkups.

The goal of mandating coverage is to make sure people don’t skip relatively simple tests, inoculations and procedures that can head off health crises and big medical bills. But the line between covered prevention and costly diagnosis can easily be crossed. Meanwhile, insurers, providers, advocates and officials are still wrangling over the rules, at a time when a growing number of people must cover thousands of dollars out of pocket.

“I don’t understand why it is falling to consumers to do the enforcement and oversight,” said Jeffrey Levi of the Trust for America’s Health, a Washington based nonprofit that focuses on preventive health. “The fact that you have to ask and study regulations is creating just the sort of barrier this benefit is designed to eliminate.”

Levi says he believes those barriers are falling, but the complexity of the system makes it slow.

Dr. Rig Patel, president of the N.C. Society of Gastroenterology, agrees. Colonoscopies, done to screen for colorectal cancer in people over 50, have proven one of the most problematic procedures for creating surprise costs to patients.

Patel, who practices in Raleigh, said his staff has seen a significant increase in full payments over the last few months. But he said some policies still bill patients and create frustration for the medical staff. “It is crazy how confusing it is,” Patel said.

Bottom line: Patients need to do their research. In some cases they can avoid the out-of-pocket costs. In others, they just need to be prepared to pay.

Moxley, 37, has two teenage sons and doesn’t want more children. When she had problems with the long-term birth control method she’d been using for the last several years she decided to have surgery.

Tubal ligation, a surgical severing of the fallopian tubes, is on the federal government’s list of preventive services for women. But she says when staff at NorthEast Women’s Health and Obstetrics checked with Blue Cross and Blue Shield of North Carolina, they were repeatedly told that only the surgeon’s bill would be covered. Moxley says she called and got the same answer.

Because Moxley, who owns a freelance TV production company, has a $10,000 deductible, that would have made her responsible for an estimated $9,000 in other charges.

“I can’t have a tubal ligation without sedation,” Moxley said. “I can’t have it in the doctor’s office. I’m not adding luxury items here and expecting it to be covered.”

Moxley’s doctor did not respond to a call for comment. But when Moxley authorized Blue Cross and Carolinas HealthCare System, which owns the practice, to discuss her case with the Observer, both said she had apparently been given bad information about the anesthesia bill. That should be included in the preventive coverage, they said. But hospital fees would still fall under her deductible.

Marcey Stone of Carolinas HealthCare and Ryan Vulcan of Blue Cross agree there’s confusion about what’s covered and what’s not on the more complex preventive procedures, where bills can come from more than one source.

Moxley said she has decided to hold off on the surgery. “I can’t justify that much money out of pocket just for the security of peace of mind,” she said.

Coverage for some cancer screening has also proven complex.

Having a colonoscopy to check for colon cancer has become a rite of passage for people turning 50. Done as an outpatient procedure, a scope is inserted rectally so the doctor can look for abnormalities in the large intestine. At the recommended intervals, it’s a covered preventive procedure and is believed to be a cause of declining death rates from colorectal cancer.

But depending on the policy, some patients are billed for sedation if it’s administered by anyone other than the doctor performing the colonoscopy, Patel said.

In many cases, the procedure reveals small growths, or polyps, that are removed. That triggers one of the most confusing distinctions in the insurance maze: Prevention vs. diagnosis. A procedure that’s considered preventive — that is, fully covered — when there’s no problem can be labeled diagnostic, or subject to deductibles and co-pays, once a medical issue appears.

All polyps are sent to a pathologist. Some insurers include the pathologist’s fee as part of the covered procedure, while others hold the patient responsible. And if the polyps are found to be precancerous, some insurers have shifted the entire bill into the “diagnostic” category.

Federal guidelines say polyp removal can’t be subject to cost-sharing, but Patel said that not all insurers are complying. “It’s getting better but it’s not uniform,” he said.

The American Cancer Society’s Cancer Action Network has been fighting out-of-pocket costs for screening services. The ACA mandate for coverage is “a huge step forward,” said Mona Shah, who recently left a post handling federal relations for the network. But many challenges remain.

Mammograms for women 40 and older are also covered as preventive, but Shah said some companies have argued that mammograms are diagnostic for women who have a family history that puts them at high risk.

Mary Kesel, a Winston-Salem consultant who helps employees and retirees navigate the health insurance system, says she has done battle with insurers over billing for breast ultrasounds. For women with dense breast tissue, mammograms are often inconclusive and an ultrasound may be ordered as an alternate form of screening.

In some cases, the challenge is that the insurance definition of “preventive” doesn’t match the average person’s understanding.

For instance, Kesel says people with high blood pressure often believe that visits to monitor their pressure and medication will be covered. While it’s true that such visits are designed to prevent a stroke, they are subject to co-pays and deductibles.

And a preventive exam, which is fully covered, can generate another bill for an office visit if the patient asks questions about existing conditions and/or the doctor discovers anything new. That, too, can bring out-of-pocket costs.

Carolinas HealthCare has started sending patients letters in advance, asking them to choose between an exam in which “new or existing medical problems” may be discussed, possibly leading to additional charges, or one that sticks to the fully covered services. In those cases, the letter says, a separate appointment would have to be scheduled to discuss any problems.

Everyone interviewed about the maze of conflicting rules agrees that greater consistency and clarity are needed. Federal regulations are being interpreted by insurance companies, while state insurance departments are responsible for oversight.

In the meantime, it falls to the individuals to check their policies, talk to their doctors and make sure they understand what is and isn’t covered.

“People have really got to step up and speak up,” Kesel said, “and that’s not easy.”