You’re not likely to see such a direct job listing, but managed care companies are getting into the business of running physician groups as a strategy to keep costs down, as Kaiser Health News reported over the weekend. 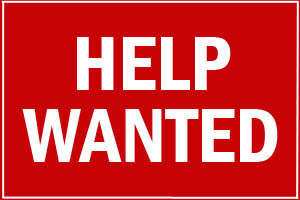 Hospitals, larger physician groups and even Wall Street investors are also eyeing doctors who can practice cheaper health care. That means even if you’re not covered by UnitedHealth Group, Humana, or another insurer on the prowl for doctors, managed-care style medicine could still reach into your doctor’s office.

The health law is accelerating the trend. It’s cutting payments for hospitals, limiting profits for insurers — and rewarding those who have mastered the skills of making health care cost less through so-called accountable care organizations.

“The only way hospitals are going to be able to survive on reduced payments is to become much more efficient in what they do,” says Gerry Meklaus, an adviser to hospitals and physician groups for FTI Consulting. For several years, hospitals have been buying up doctors because it helped them demand greater prices from insurers. But now, they’re also trying to make their services cheaper and for that, they also “need physicians,” he said.

On Wall Street, Eric Coburn, a health care investment banker and managing director with Morgan Keegan & Company, told us earlier this year that he’s seeing “renewed interest from the investment community in … physicians that can manage” the financial risk of caring for patients and reduce costs.

And, in California, efficient physician groups commanded sale prices in 2010 that sometimes doubled the going rate a year before, as buyers throughout the health sector recognized that doctors were the key to success in the post-health-overhaul world, said Eric Klein, a health care lawyer for Sheppard Mullin Richter & Hampton.

OptumHealth, an arm of UnitedHealth Group, says it sees controlling physician groups as a chance to capitalize on the increasing demand for efficient care. Rather than using doctors to hold down medical costs so its sister company, the insurer UnitedHealthcare, can profit, Optum plans to sell the services of its more efficient physicians on the open market. Its customers could include rival health plans, such as Humana.

“This is about serving the broader marketplace” and making health care more efficient, said Optum CEO Dawn Owens. “Of course, we’re a business looking for opportunities.”

The common thread is that more health businesses recognize that cheaper care could end up being more lucrative. As Dr. David Brailer, a former Bush administration health official turned venture capitalist, put it, “The net winner of health reform by far was physicians. You see people betting on physicians.”

It’s “where the raw economics ended up,” he said.

Cheaper Medicine Is In Demand