One of the first provisions of the Affordable Care Act to take effect prohibited insurers from turning down children younger than 19 on the grounds that they had a preexisting medical condition. The provision was supposed to make coverage more accessible to vulnerable kids whose families were trying to buy coverage on the individual market. Instead, it had the opposite effect: Insurers in many states stopped selling child-only policies. 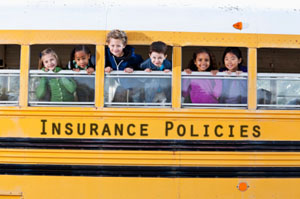 That may be changing. A new study found that since the law passed in 2010, 22 states and District have moved to address the problem through new laws or regulations that encourage insurers to sell child-only plans. Children’s health advocates say the changes are having the desired effect: Insurers in many states have reentered the market, and in some cases new insurers have started selling child-only plans for the first time.

When the provision took effect, insurers said they feared their costs could increase substantially if they were required to accept all children without regard to their health status.

“I understood completely the problem that insurers were facing,” says Philip Barlow, associate commissioner for insurance for the District’s Department of Insurance, Securities and Banking. If insurers have to accept all children, sick or healthy, he said, there is no incentive for parents to buy coverage until they were about to incur hefty expenses. “Nobody with a child without insurance would buy it unless they were on their way to the hospital.”

The child-only policies, which were available in most states before the 2010 law, are sold on the individual insurance market for children younger than 19 who don’t have a parent or guardian covered under the same policy. It’s not a big market  – roughly 10 percent of the individual policies sold, according to the report — but to those people who need the coverage, it can be critical.

Children whose parents’ coverage doesn’t include dependents sometimes need such policies, say children’s health advocates, as do children who are being raised by older parents or grandparents who are insured through Medicare.

Although state efforts may improve access to coverage for kids, they generally don’t address the costs of coverage.

Only one state, California, limited the amount that insurance companies can charge for child-only coverage. California requires all insurers in the individual market to offer child-only policies. During the open enrollment period, designated as a child’s birthday month, insurers can charge rates no more than twice as high as the “standard risk rate” that a typical healthy child would be charged, says Katie Keith, an assistant research professor at the Georgetown University Health Policy Institute who is the lead author of the report, published by the Commonwealth Fund. If a parent wants to enroll a child at some other point during the year, however, there’s no limit to what insurers can charge.

In 2014, no insurer will be permitted to deny coverage to anyone with a preexisting condition, child or adult. At that time, these child-only coverage laws and regulations should no longer be necessary, experts say.

Susan Pisano, a spokeswoman for America’s Health Insurance Plans, a trade group, says the report shows that insurers worked hard with states to continue to offer child-only coverage. But she notes that states’ experience with child-only policies illustrates the kind of disruption that can occur when insurers are required to cover people but there’s no corresponding requirement that everyone have insurance. Without rules that spread the insurance risk so that the high cost to companies of covering sick people is balanced by the lower cost of insuring healthier ones, insurers may pull out of a market.

“There really isn’t a substitute for having everybody covered,” she says.