Bev Baker-Ajene waited so long to get an adult-sized wheelchair for her teenage daughter, Savitri, that she eventually forgot she’d ordered it.

For the better part of a year, Baker-Ajene pushed Savitri — who has cerebral palsy, spastic quadriplegia and epilepsy — in a child-sized chair that was too small for her. Baker-Ajene said she also has run into problems getting an appropriate shower chair for 17-year-old Savitri. Because of that, she mostly gives her daughter sponge baths in bed.

“It’s ridiculously difficult to get what you need for your child,” said the 62-year-old Clovis, Calif., resident and graphic designer. “I’m tired now. I try not to argue with people anymore, because I need my energy for her.” 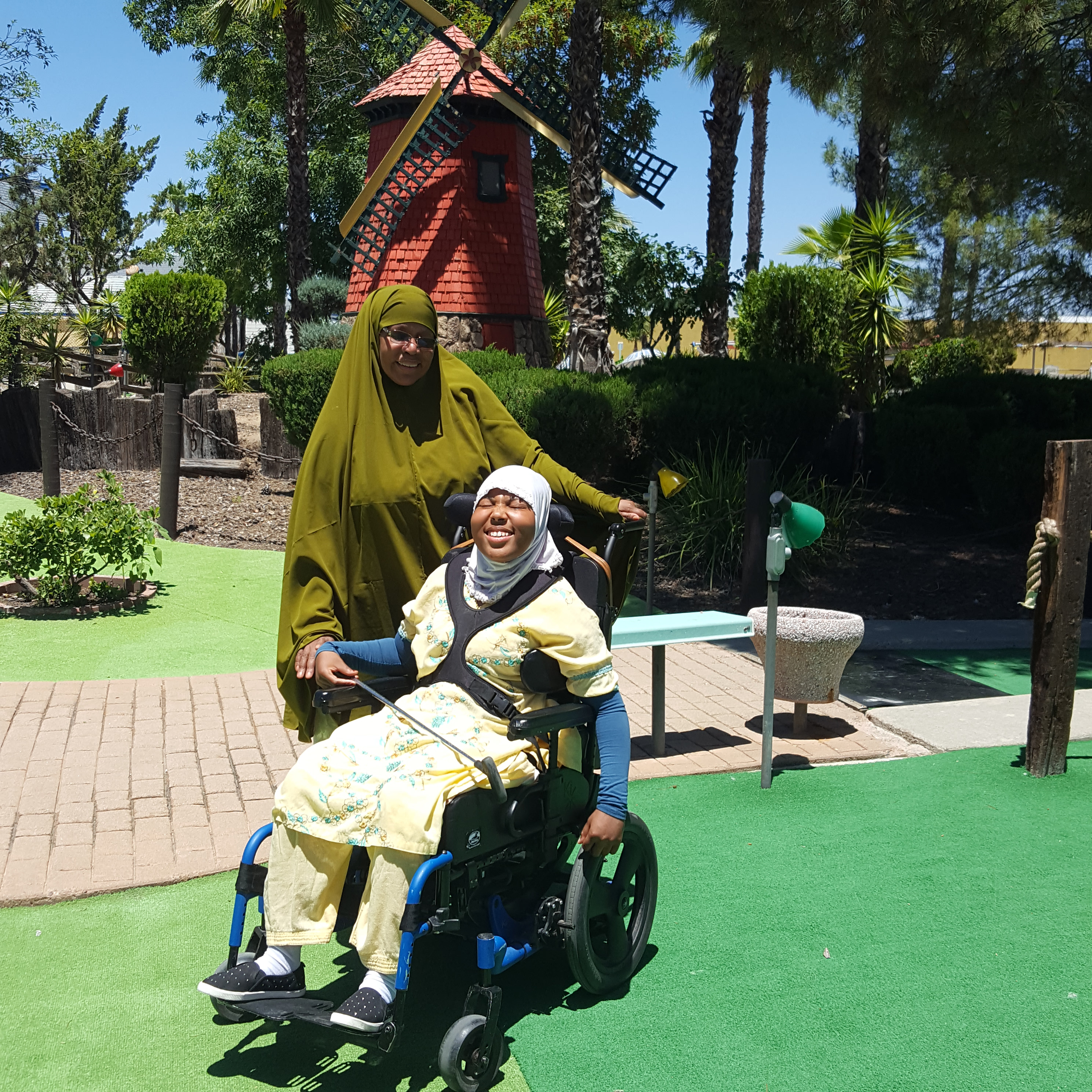 Bev Baker-Ajene was frustrated trying to acquire an appropriate wheelchair and shower chair for her teenage daughter, Savitri, who has cerebral palsy, spastic quadriplegia and epilepsy. (Courtesy of Bev Baker-Ajene)

Many California children with serious health care needs often wait months, or even years, before they receive essential medical equipment like custom wheelchairs, shower chairs and hospital beds, according to a recent report.

For some children, these long waits aggravate existing health problems, cause pain and pressure sores, or exacerbate developmental delays, said the report, published in May by the Lucile Packard Foundation for Children’s Health.

“It’s a big bureaucratic mess, and kids are suffering,” said Maryann O’Sullivan, an independent health policy consultant and author of the report.

In one case Sullivan documented, a boy with muscular dystrophy started kindergarten in a stroller because his parents could not get him an appropriate wheelchair in time, in part due to the slow insurance approval process. In another case, a 7-year-old with a serious bone disorder has remained in diapers for years while waiting for a state public health program for children to find a vendor to supply him with a modified commode.

A variety of factors lead to the delays. Families say they are often bounced between private health insurance companies and publicly funded programs such as Medicare, Medi-Cal and California Children’s Services (CCS), which provides coverage for 200,000 children with special health care needs. Once families have navigated that bureaucratic maze to obtain approval for equipment, low reimbursement rates paid by some of the public insurers can make it difficult to find vendors willing to provide the equipment.

Juno Duenas, the executive director of the San Francisco-based Support for Families of Children With Disabilities, said appropriate equipment can be essential to a child’s independence, future job prospects and ability to contribute to society.

Many parents say they struggle to get equipment, in part, because they don’t understand the system. Yuki Baba, a 54-year-old translator who lives in Berkeley, Calif., waited a year to get a hospital bed for her son, Nate, who has cerebral palsy. At 5, Nate was still sleeping in a crib he’d outgrown. Nate is insured by both California Children’s Services and Medi-Cal, the state’s health insurance program for low-income people, and Baba kept calling the wrong program for help.

“Because I didn’t know the system very well, I wasted a lot of energy and time,” she said.

Even when the approval process is smooth, low rates paid by the government-funded programs California Children’s Services and Medi-Cal can mean there are sometimes no outside vendors willing to provide equipment.

California Children’s Services covers treatments and therapies for children under 21 who meet income guidelines and have a range of eligible serious medical conditions, including cerebral palsy, traumatic injuries and cancer. Many of these children also are insured by Medi-Cal. Others have some private insurance coverage combined with CCS.

Dave Kramer-Urner, CCS administrator for Santa Cruz County, says he has a hard time finding vendors to provide padded bath benches, bidets and certain crutches because reimbursements from the program are low.

CCS rates haven’t changed in 10 years, he said. And the disappearance of small “mom and pop” vendors has exacerbated the problem. The last such vendor in Santa Cruz shut its doors three years ago, he said.

“The big companies have the capacity to say ‘no’ more easily,” he said.

O’Sullivan notes in her report that the California Department of Health Care Services, which administers both Medi-Cal and California Children’s Services, doesn’t track wait times for medical equipment and hasn’t set a minimum time frame for the delivery of such equipment.

Tony Cava, a spokesman for the department, said in an emailed statement that it “has been working for several years to improve health care and to emphasize quality and coordination of care for children and youth with special health care needs.”

The department will roll out a program in 21 counties in the coming months to coordinate health care under California Children’s Services and Medi-Cal, Cava said. The program should address many of the issues outlined in O’Sullivan’s report because it will reduce bureaucratic back-and-forth, he added.

However, the majority of children in the CCS program don’t live in those counties, so the changes won’t affect them.

Health Plan of San Mateo, which piloted the integration of Medi-Cal and CCS five years ago, has addressed many of the administrative hurdles detailed in the report, said Sophie Scheidlinger, the plan’s pediatric health manager. However, she continues to see delays due to a shortage of vendors willing to work with the public programs.

In the meantime, many parents fight to find workarounds — or just pay for things themselves.

Alison Beier’s son, Evan, was born two months early with renal failure, a malformed urinary tract and multiple congenital anomalies. While still an infant, Evan was stuck in the hospital for several days after doctors insisted that he needed an automated blood pressure monitor with an infant-sized cuff before they would release him. Neither his public nor private insurers would pay for one.

Eventually, Beier posted her problem on Facebook. A friend of a friend worked at the company that manufactured the monitor and was able to help her.

She feels blessed to have her son, who has gone through 50 surgeries and has battled rejection of his two transplanted kidneys since 2012. She describes him as a brilliant 8-year-old and “the happiest guy on the planet.” Still, advocating for his needs can be overwhelming.

“It’s like I’m always fighting for somebody to cover something,” she said.