In Texas, everything is bigger, including the children’s hospitals.

Driven by a sharp increase in demand, a surplus of cash and their own outsized ambitions, children’s hospitals in Texas are expanding furiously, investing billions in new facilities and services and reshaping the geography of children’s care in the state. 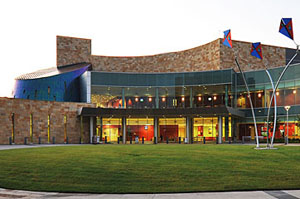 The 487-bed Children’s Medical Center in Dallas opened a second pediatric hospital in Plano in 2008, part of an ambitious plan to expand operations in the growing, well-to-do suburbs north of the city. Children’s Medical Center Legacy, a 72-bed facility with an ICU, MRI and ambulatory care, is located on the site of a former family farm and, with 155 acres, has plenty of room to grow. 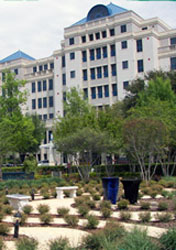 Cook Children’s Medical Center in nearby Fort Worth is also adding beds and services as part of a $250 million expansion. Started as the Fort Worth Free Baby Hospital in 1918, Cook expects to position itself among the nation’s largest children’s medical centers, with 428 licensed beds, when its expansion is completed early next year.

Texas Children’s Hospital in Houston already ranks as one of the nation’s largest children’s facilities. With 639 beds, almost 7,000 employees and a 20-story hospital, it is a key destination in the city’s sprawling downtown medical complex, which includes other hospitals and research facilities. And with plenty of money available, it is looking to get even bigger. 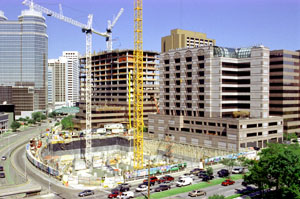 Texas Children’s Hospital during a 1999 expansion

In 2006, Texas Children’s announced a $1.5 billion campaign, Vision 2010: Excellence to Eminence, with a stated goal of enhancing the health and well being of children worldwide. Officials said then their planned expansion would be the largest ever by a single children’s hospital. It includes a new maternity center and a second, 96-bed children’s hospital west of Houston near affluent suburbs.

“Texas is different,” said Bryan Sperry, president of the Texas Children’s Hospital Association. “The hospitals are struggling to keep up with the population growth. We’re heading toward 7 million kids.”

With millions in profits and ample investments, the hospitals appear positioned to handle the growth spurt, financial records show. Cook Children’s reported nearly $100 million in profits on its 2009 tax return, the most recent publicly available. Texas Children’s had $1.9 billion in stocks and other investments as of 2010.

Children’s Medical Center in Dallas measures its imprint another way. It recently hired researchers at the University of North Texas to study the hospital’s economic impact. The researchers estimated that it generates $1.6 billion in yearly economic activity, including millions for goods and services, ongoing construction and salaries. “There is no question it is one of the regional economic drivers,” said economist Terry Clower, one of the study’s authors. “Even during the downturn, [Dallas] Children’s was continuing with their capital expenditures.” The hospital paid the university about $17,000 for the report, Clower said.

Like the Dallas hospital, Cook Children’s has also followed its population as it moves northward. It competes with Dallas Children’s for patients in Plano, Southlake and Grapevine, among other growing communities. Cook’s $250 million expansion, the largest in the hospital’s history, includes a larger neonatal intensive care unit, expanded emergency room and an outpatient surgery center.

“Some may ask, ‘how can we begin this project while our country is in an economic challenge,'” Cook Children’s CEO, Rick Merrill, asked in May 2009 as the expansion was starting. He then answered his own question. “I think anyone who walks through our halls knows we are bursting at the seams. … We have to take action.”

In Houston, Texas Children’s officials are pushing their services out to the so-called Energy Corridor along I-10, one of the fastest-growing areas in the state.

In 2007, it took over the maternity service of another hospital. Since then, it has acquired some of the largest and busiest OB-GYN practices in the region. To house the new business, Texas Children’s is building a $575 million maternity hospital in a former hotel. When The Pavilion for Women opens later this year, officials predict, they will handle more than 1,500 deliveries annually.

Delivering babies is a natural extension of its mission, Texas Children officials have said. It will also help to secure a steady flow of pediatric patients requiring everything from primary care to complex surgical procedures.

“It’s cradle to grave care,” said Jerry Katz, a health care consultant and former children’s hospital CEO. “A number of elite children’s hospitals are doing this. It’s very smart of them; they’re locking up their book of business.”