Cigna will get to keep hundreds of millions of dollars in bonus payments for some of its Medicare Advantage plans, despite recently-imposed sanctions for mismanaging those plans in ways that federal officials said threatened seniors’ health and safety.

Securities analysts are raising their 2017 earnings estimates for Cigna in reaction to a broad policy change that Medicare quietly released in a memo Tuesday. At the same time, consumer advocates are raising concerns that the Obama administration’s move will hurt efforts to keep pressure on the private insurance plans, which are an alternative to traditional Medicare. The federal government pays the plans to handle beneficiaries’ care.

The revision suspends the government’s practice of dropping its star ratings on Medicare Advantage plans when the private insurers that offer them are sanctioned for violations. That can be costly for an insurer because plans that get above-average ratings earn quality bonuses from Medicare worth millions of dollars, but if the violations aren’t resolved quickly, the plans won’t qualify for the extra funding.

The policy preserves Cigna’s entitlement to bonuses payable in 2017 — estimated between $213 million and $350 million by some securities analysts — while it continues to resolve the issues that led to an audit of its Medicare plans and sanctions in January. CMS stopped Cigna from enrolling new members or marketing its plans and those sanctions remain in effect.

The Centers for Medicare & Medicaid Services said the policy revision was in response to numerous comments arguing that it was unfair to highly ranked plans. Its memo did not refer to the Cigna case nor indicate whether Cigna had submitted comments on the issue.

When asked about the change, Cigna issued a two-sentence statement: “As a company committed to delivering quality products and services, we focus on putting customers first. We continue to address the matter in full partnership with CMS.”

Securities analysts said Cigna is the only beneficiary they are aware of.

“The suspension is a significant positive for Cigna. Candidly, this is the first time that we can remember CMS making such a significant policy change for a specific carrier” outside of a preliminary or final rule, said Barclays analyst Joshua Raskin in a report.

Cigna’s stock closed at $142 a share Thursday, up $2 in regular trading.

Its Medicare plans cover about 493,000 members in 18 states. Six of the insurer’s plans qualified for bonuses when CMS announced 2016 ratings Oct. 8. One got the top five-star rating and five others got either four or 4.5 stars.

Had Cigna lost its bonuses, that would have cut the insurer’s 2017 profits by 10 cents to 25 cents per share, Raskin previously estimated. 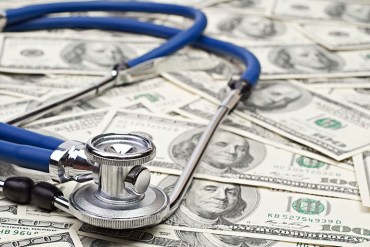 After the sanctions were announced in January, analyst Ana Gupte of Leerink Research said she cut her 2017 earnings-per-share estimate for Cigna by 50 cents — to $10.25 per share — and 40 cents of that was due to sanctions’ potential impact. She had estimated Cigna would get $213 million in bonuses and half of it would contribute to 2017 profits.

“We are more positive on Cigna and reiterate our top pick status” on its stock, she said.

Consumer advocates questioned why Cigna and other insurers should get Medicare bonus money when caught breaking government rules.

“We are discouraged by CMS’ announcement, which diminishes accountability and transparency related to plan sanctions,” said Stacy Sanders, federal policy director at the Medicare Rights Center.

“There is a disconnect from the information available to consumers about plan performance and how plans are being punished for bad behavior,” said David Lipschutz, managing attorney with the Center for Medicare Advocacy.

But none of that information was available to consumers during Medicare Advantage’s enrollment period — Oct. 15-Dec. 7.

CMS said its policy decision followed industry criticism that when bonus-eligible plans were sanctioned — those with four stars or more — were automatically dropped to 2.5 stars while plans already at 2.5 stars were only dropped one star. One of the parties that filed comments was America’s Health Insurance Plans, a trade group.

Given the growth in higher-rated plans, insurers saw the more severe punishment for those plans as unfair. Almost half of Medicare Advantage plans, representing 71 percent of all plan enrollees, are rated at 4 stars or above, compared to an estimated 17 percent in 2009, CMS said in its letter.

Sanders said that instead of entirely suspending star ratings reductions, CMS should have adopted a one-star reduction policy for high-rated plans.