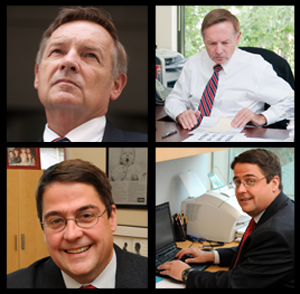 HARTFORD, Conn.  In the increasingly tense wrangling between the insurance industry and state regulators over the definition of what spending can qualify as medical care under the new health law, one of the loudest lobbying voices is a relatively small player: Cigna Corp.

The insurer has stayed in step with larger rivals such as Aetna and Wellpoint in an often contentious dialogue with the National Association of Insurance Commissioners (NAIC)-a network of state regulators that has been charged with advising federal officials on implementing the health-reform law. Included in that work is defining “medical loss ratio” (MLR), which will determine what proportion of the health premiums collected by insurers is used for patient care and what is considered administrative expense. The new law mandates that insurers meet tight requirements on MLR.

The NAIC, which is meeting in Seattle, is expected to present its recommendations to the Department of Health and Human Services by the end of August.

Cigna’s chief lobbyist is William Hoagland, a veteran Washington insider who had served as a top Senate staffer, including a stint as a key aide to then-Republican Majority Leader Bill Frist. Hoagland believes insurance companies should be able to count smoking-cessation programs and health coaching as medical care. He’s also in favor of including “utilization review,” the controversial process in which nurses and administrators employed by the insurer review treatment plans and then approve or deny them.

“If you’re trying to modify a health care delivery system to be more focused on prevention and wellness, those should be included,” Hoagland says.

At first glance, it might seem Cigna doesn’t need a high-powered lobbyist such as Hoagland on its side. The Philadelphia-based company, the nation’s fourth-largest insurer by membership, generates most of its $18 billion in annual revenues providing health plans to large companies that are self-insured. That means Cigna doesn’t carry the risk of insuring those companies’ employees, but instead collects fees from them to process claims and perform other day-to-day administrative tasks. Those customers who self-insure are not subject to MLR requirements.

Cigna also has a hodgepodge of non-health businesses, including disability and life insurance. That helps insulate it from the drawbacks that the industry anticipates with the health overhaul.

But for Cigna to compete with larger rivals post-reform, analysts say it will need to expand its presence far beyond the fewer than 100,000 policies in the individual and small-group market it underwrites today.  That’s why few industry experts are surprised that Cigna is working just as hard as its competitors at arguing for as many line items as possible to count as medical care.

“If you’re thinking about the future, you have to be concerned about MLR,” says Daniel N. Mendelson, president at consulting company Avalere Health in Washington, D.C.

Wall Street isn’t so sure Cigna will be able to compete with the likes of Aetna, Wellpoint and UnitedHealth Group-companies with much longer track records serving individuals and small employers. “It’s hard to build up those businesses from scratch,” says Matthew Coffina, an analyst for Morningstar, who declares himself “less than enthusiastic” about Cigna’s growth prospects.

Cigna’s health reform team says they’re approaching the new law from both an offensive and defensive stance. Toward that end, its executives are scrutinizing opportunities to participate in the health exchanges and other new markets.  At the same time, they’re lobbying Congress and HHS to clarify the law’s ambiguities in ways that will benefit current and future customers.

A trio of Cigna executives is leading the effort: President and CEO David Cordani; Tom Richards, senior vice president for U.S. products; and the well-connected Hoagland.

Influencing the MLR debate is their most immediate concern. The health overhaul requires insurers to spend 80 percent of the premiums they collect from individuals and small businesses to provide medical care and 85 percent of the premiums from large employers. If they do not meet those targets, they are required to pay rebates to consumers starting next year.

In its earnings report earlier this month, Cigna said its MRL has fallen this year to nearly 79 percent for the second quarter, and nearly 81 percent for the first half of the year. The company told analysts that the MLR was lower than last year because it beneficiaries used fewer services than expected, partially because of fewer flu-related claims than anticipated, and the company had higher numbers of customers using high deductible plans.

Hoagland often finds himself in a war of words over what should count as medical care. “It’s interesting to me that the groups you would think would be most supportive of the things we’re talking about-prevention, wellness, coaching and all that-are usually ones who are most reluctant to allow for those kinds of expenditures,” he says.

Hoagland says he recently disagreed with representatives from the American Heart Association on the issue. “Obviously there is controversy. Does putting up a poster that says, ‘Wash your hands’ qualify? No I don’t think so,” Hoagland says. “But should utilization review be included? I think yes.”

Mark Schoeberl, executive vice president for advocacy at the AHA, says Cigna should have to prove that any program it classifies as medical care actually improves the health of its members. “We’re far from hostile,” Schoeberl says. “We just want to make sure that everything these companies do is evidence-based and outcomes-oriented, and that the results are auditable and available for public review.” Purely administrative functions, such as utilization review, shouldn’t count as medical care, he adds.

Cigna is also arguing that companies should be able to calculate MLR nationally, rather than state-by-state. Otherwise, says Richards, Cigna could get tangled up in administrative red tape, especially with customers who have more than 100 employees and are buying different plans for far-flung subsidiaries. “If we have to go through a lot of machinations to break out expenses by state, that could actually cause us to have additional administrative expenses,” argues Richards, a 26-year veteran of Cigna. “The worst case on the MLR is that it would cause us to have additional expenses. That would be perverse.”

Richards and Hoagland have been voicing their concerns about loss ratios and other aspects of health reform though the industry association America’s Health Insurance Plans (AHIP), as well as directly to NAIC, which holds biweekly conference calls that are open to the public.

Sandy Praeger, the Kansas insurance commissioner and chair of the NAIC’s health committee, says the effort to clarify MLR requirements has generated more industry input than any other issue the organization has addressed so far. “Clearly we want to include things that truly are promoting better quality in health care delivery,” Praeger says. Services such as health coaches for people with chronic diseases are easier to justify than utilization review, she says. “Utilization review is often just a method of limiting cost.”

Cigna’s health reform team defends the company’s position on a budget smaller than its competitors. Cigna has spent $960,000 so far this year on lobbying, while Wellpoint and Aetna have spent $2.5 million and $3.2 million respectively, according to disclosures filed with the Senate Office of Public Records.

Central command for Cigna’s health reform effort is not Washington, D.C., but rather its health-plan headquarters building-a sprawling campus that’s tucked into a residential suburb of Hartford.

Every Friday morning, Richards convenes a five-person steering committee to plot the insurer’s next moves on health reform. Hoagland also attends those meetings. Richards has recruited 10 Cigna veterans-with expertise ranging from consumer-directed health plans to underwriting-to be part of his core team.

“It’s about viewing this as a strategic opportunity,” Richards says. “If you think about what I do as the senior product leader, it’s really understanding what customers want and responding to it.”