LOS ANGELES — Kimberly Cervantes has spent much of her young life learning to outwit the perils of Compton. At 19, she’s street smart and savvy, but Cervantes’ maturity was born out of a violent childhood.

In high school, she was assaulted on a public bus. In middle school, she witnessed the deaths of two students. Her mother and younger brother were once robbed at gunpoint at a convenience store. The steady exposure to violence has led Cervantes to some dark places — including crippling anxiety and thoughts of suicide.

“There’s so many people out there acting out,” she said. “Drug abusers on almost every corner. It’s hard to maintain the whole happy-go lifestyle.”

In an unprecedented move, Cervantes and four other students are suing the Compton Unified School District, arguing that the trauma they have faced makes it difficult to learn and demanding that the district offer them additional support, in much the same way schools must accommodate students with autism, dyslexia and other disabilities.

Kathryn Eidmann, a staff attorney at Public Counsel in Los Angeles who is on the legal team representing the students, says researchers have shown that sustained stress alters brain development and, if ignored, trauma can derail academic achievement.

“Under federal anti-discrimination laws, schools have an obligation to take kids as they find them, to provide them the accommodations necessary, so that they have equal access to education,” Eidmann said. “The children who have been injured, through no fault of their own, by these types of adverse experiences, need intervention and support from the schools in order to be able to learn.”

In Los Angeles last October, Judge Michael W. Fitzgerald ruled that the case could move ahead in federal court and signaled that the physical and mental consequences of trauma could trigger similar protections as other disabilities.

A shocking number of Americans experience abuse, neglect and violence during childhood. A pioneering study of more than 17,000 people in the 1990s found one in four had been physically abused; one in five, sexually abused; and one in four grew up in households with substance abuse. Others witnessed domestic violence or had a parent die or go to prison.

These “adverse childhood experiences” — or “ACEs” — were found to predict a raft of health and social problems from adolescent pregnancy to depression and heart disease in adulthood. And ACEs appeared to have a dose response: the more traumatic incidents a child experienced, the greater the risk of poor outcomes.

While cities across the country have begun to measure the prevalence of childhood trauma, local leaders in Memphis — a city marked by violence and racial strife — were stunned at the results of their own survey: 37 percent of adults in Shelby County, which encompasses Memphis, during their youth had witnessed someone being shot or stabbed; 23 percent reported being emotionally abused; and 25 percent grew up amid drug addicts or alcoholics. 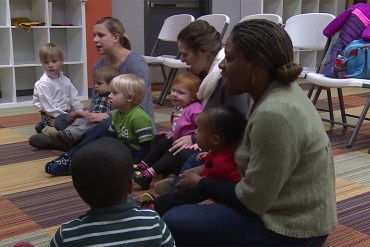 For Barbara Holden Nixon, a longtime social worker in Memphis and Shelby County, the solution for reducing childhood trauma needed to center on the next generation of Memphians.

“People say, ‘Where do we start?’” Nixon said. “And it’s an easy answer. We start at the beginning.”

While other groups focused on reducing gun violence in Memphis, Nixon decided to focus primarily on parenting to try to prevent trauma from the earliest ages. She founded the ACE Center Task Force of Shelby County, a who’s who of state and local government and community leaders.

“We’re putting no blame on the parents. The whole idea is just the opposite,” Karr-Morse said. “It’s not ‘What’s wrong with you?’ It’s ‘What happened to you?’ And, then, giving them tools to help offset whatever that is.”

Kimberly Lawston sought help after a bitter divorce to explain the breakup to her children, but the counseling sessions led Lawston to reflect on her own childhood.

“My mother was a holler-er, and I didn’t want to be that way where you were afraid to come to me,” she said. She didn’t want her children to feel like they were “dumb or stupid. Your behavior may have been a bad at that point in time, but that doesn’t mean you’re a bad person.” 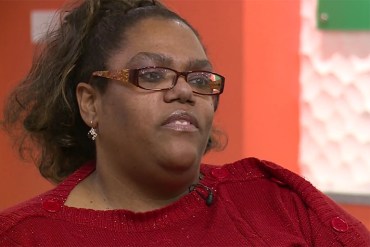 With help from the parenting center in Memphis, Kimberly Lawston is learning alternative ways to parent and talk with her children, along with reflecting on her own childhood.

At the parenting center in Memphis, Lawston is learning alternative ways to parent and talk with her children. But she says her family has resisted the new approaches, often responding, “No, that’s not how we do it. We do it this way. There’s nothing wrong with us the way we raised you. You have to do what I say!”

Patrice Bibbs has been learning about how to use time-outs when her 2-year-old daughter is upset “instead of trying to spank them.” But her family, too, has been critical of her efforts.

Alicia Norman, principal of Perea Preschool in North Memphis, which is opening a new Universal Parenting Place later this year, says as the number of preschoolers being expelled shows interventions are urgently needed: “They’re angry. They are out of control, three- and four-year-olds! And it breaks my heart to see that a child has been broken so early in life.”

In school surveys, Norman says parents report spanking their children, in some cases with belts and electrical cords, up to five days a week.

“For a lot of our families, their first option sometimes, and their only option, is to spank their children, where research shows now the adverse effects of spanking, especially spanking gone wrong,” Norman said. “They want their children to be the best that they can be, but these are the only tools that they have.”

Local law enforcement officers say children living in turbulent homes whether they’re wealthy or poor are more likely to end up in the criminal justice system. But Stephen Bush, Shelby County chief public defender and a fervent member of the ACE Awareness Task Force, says the ACE research is changing how cases are prosecuted here.

“The use of adverse childhood experiences and the language around that has given us a new common language when we’re advocating on behalf of kids in front of the courts,” he said. “It helps explain some of the behaviors that might not seem understandable if you’re just looking at it without understanding the history of this child’s life.”

Support for this new awareness reaches to the top of county government.

Luttrell says he doesn’t expect change to come quickly and it will likely take decades to measure if the approach Memphis is taking reduces violence in the community.

But civic leaders here say doing away with the stigma of getting parenting help is a good start.

This story is a collaboration with PBS Newshour. Producer Jason Kane contributed to the report.

Cities Begin To Count The Scars Of Childhood, And Try To Prevent New Damage